It can even end up giving you a carbon-neutral system:
Cranbrook District Heating | Engineering | University of Exeter
Futures Forum: District heating systems run on waste... from Scandanavia

It can even make you some money:
Futures Forum: Local energy can be very profitable: "Seizing the opportunity of decentralised energy generation can provide new income streams for communities and councils."

The only problem is that it might not be you that's making the money:
Cranbrook district heating network | Sustainable Energy | E.ON - E.ON

The EDW picked this piece up from today's Observer:
Cranbrook’s district heating system under fire – no switching allowed and developers get a cut for 80 year contract | East Devon Watch


District Heating is heralded as the way to a greener future. But, Anna Tims reports, it’s been rolled out without any regulation 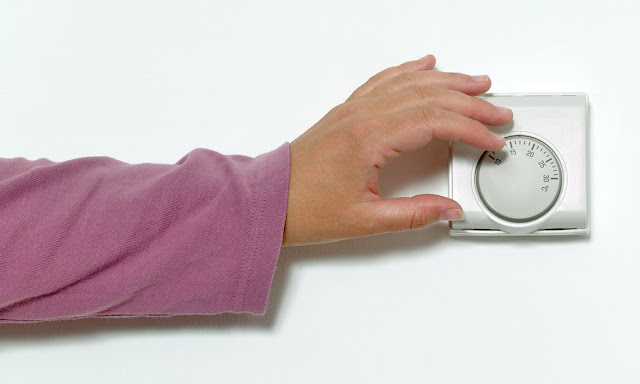 ‘The green credentials of District Heating tick all the boxes for planners, but how it’s operated is a secondary consideration,’ says David Goatman of Knight Frank estate agents. Photograph: Alamy


Energy customers who find themselves paying over the odds for their heating can simply switch to a cheaper deal. But there’s a hidden, but rapidly growing, number who estimate they’re paying up to three times more than the expected price… but don’t have the right to switch. In most cases, they are stuck with the same supplier for 25 years or more.
They are among the 220,000 households signed up to District Heating networks which power entire estates by sending hot water and steam via insulated pipes from a central generator, instead of having a boiler in each home.
The system, often fuelled by natural gas or biomass, is supposed to point the way to a greener future and has the enthusiastic backing of government.
However, the suppliers are unregulated and customers of only five of them have the right to turn to the energy ombudsman if things go wrong.
On the face of it, the schemes are good news. Unlike condensing power plants, that only use around a third of the electricity generated, district networks use 90%. Waste energy can be recycled, households no longer have to maintain their own boilers, and heating bills are supposed to be cheaper.
Last year the government announced it was investing £320m in expanding the system across the UK and predicts that it will supply 8 million households by 2030. In London, where new developments are required to be zero carbon, it is being used in most large estates.
In reality, though, residents complain of enormous, opaque energy bills, frequent outages and misinformation.
A Which? investigation in 2015 found that some schemes are poorly designed and that customers are being misled about costs. It also concluded that many people are unaware of the District Heating scheme when they purchase a flat.
Amongst those who feel trapped is Steve Wyatt, who bought a one-bed flat in Barratt Homes’ Jefferson Plaza in east London a year ago. He doesn’t recall the agent mentioning the District Heating scheme, but he was aware it was operated by e.on, which supplies 22,000 customers over 60 networks.
“I first became aware of problems when I’d been there a month and was sent a heating bill of £145,” he says. “After 12 months of high bills I checked the EPC certificate – which shows how efficiently a home uses energy – and it indicated the cost should be half what I’d been charged.”
Both e.on and Barratt sent technicians and plumbers to investigate. Although the system is consuming 40kw a day as opposed to 11kw estimated by Which? for a similar flat, no fault could be found.
“I live alone and my annual bill for heat is £900, double what I paid in the two-bed flat I shared with a friend,” says Wyatt, who has to restrict his heating because he can’t afford the bills. E.on declined to comment specifically on the case and said it didn’t accept many of the allegations.
Any company – including the property developer – can set itself up as a District Heating supplier without a licence, and a full list of those in operation is not yet publicly available.
They are selected by the developer who will receive a commission, or a substantial contribution towards the network infrastructure, in return for a contract to supply the development for at least 25 years. E.on has an 80-year contract to supply Cranbrook, a new town in East Devon.
Once they’ve bought into a development, residents are locked into a monopoly. They are not allowed to fit solar panels or heat source pumps and, whether or not they use their heating, remain liable for often large standing charges which include maintenance and repair of the infrastructure. 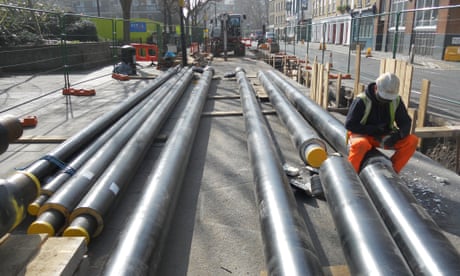 District heating: a hot idea whose time has come

Read more
Matthew Pennycook, Labour MP for Greenwich and Woolwich, which includes eight District Heating networks, says residents tell him bills have tripled under the scheme, and there’s no transparency in consumption and billing.
Pennycook has been pressing the government to regulate the sector. “Former energy minister Amber Rudd declined to do it because she doesn’t want to strangle a small and newly emerging sector, and the Competitions and Markets Authority says it doesn’t have the resources,” he says. “In the UK, it’s haphazard and the way it’s being rolled out without regulation is damaging it.”
The Home Office and the CMA say that sufficient consumer protection is provided by The Heat Trust, a voluntary organisation set up in November 2015.
It provides a code of practice for member firms and offers redress via the energy ombudsman to customers of member suppliers who are unhappy.
However, only five of the two dozen or so suppliers have signed up, and critics have questioned its impartiality since e.on’s head of District Heating is on the board. The majority of the directors on the not-for-profit company that runs it, Heat Customer Protection Ltd, have links with District Heating suppliers.
E.on states that consumer groups, including Citizens Advice and members of Westminster and Scottish government departments sit on this board. Moreover, the Trust’s rules do not cover pricing.
The Heat Trust says that board members are not allowed to vote on reviews and amendments to its code of practice and independent auditors assess the compliance of member companies.
Last year Pennycook surveyed residents at New Capital Quay, a development in his constituency that uses e.on District Heating scheme. The responses, he says, provide “prima facie evidence of systematic problems” including inexplicably high bills and poor customer service. 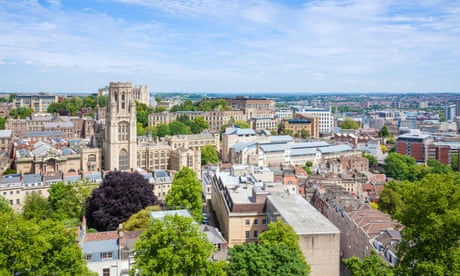 Read more
Last April, the Advertising Standards Authority upheld a complaint by New Capital Quay residents that e.on’s advertised promise that its charges were comparable to those of a traditional gas boiler, was misleading. The sentence has since been removed from its website.
“E.on offers customers a market-leading energy source with long-term protections and guarantees, as well as affordable bills and a lower environmental impact,” the company claims.
There are fears that these issues will make it difficult to sell on flats.
David Goatman, head of energy and sustainability at estate agency Knight Frank, says it should be mandatory for information and clear costings to be given to tenants and purchasers.
“The green credentials of District Heating tick all the boxes for planners and how it’s operated is a secondary consideration. There have been no follow up safeguards at all.”

Kabir Dhawan bought a one-bed flat in New Capital Quay in 2014. “I was told it was supplied by an energy-efficient scheme and was given a written promise that the costs would be no higher than for a conventional gas supply,” he says. “Instead, we are paying around £900 a year, including standing charges – the fixed cost of providing the home – of £1 a day.”
But 15 months ago the automated reading facility, which provides daily updates, stopped working.
“Some of my neighbours have the same problem, but although the standing charge is supposed to cover repairs to meters, it hasn’t been fixed,” he says.
“Instead, they’ve offered me £15 for the ‘inconvenience’.” Dhawan claims. “Because I can’t monitor my usage, I’m expecting a catch-up bill of around £500.”
Using e.on’s own estimates of consumption for a one-bed flat, he reckons that he is paying twice what he should for heat and hot water. Moreover, he says, the hot water supply is cut off for lengthy periods around once a month, most recently on New Year’s Day and that e.on often tries to duck the £30 payout due under its terms and conditions for outages of 24 hours or more.
A neighbour secured the compensation, due to all the residents after one such breakdown, but only after initiating legal proceedings.
E.on declined to comment on individual customer cases and stated it did not accept the basis of many of the allegations.
Dhawan fears that he will struggle to sell or let his flat because of the high costs and the service is a monopoly.
“Planning guidelines in London mean that every large development will use these networks,” he says.
“This needs to be a regulated business model with regulated tariffs and standing charges because, currently, there’s zero consistency between developments or even flats within developments.”

Energy customers locked into a costly scheme who have no right to switch | Money | The Guardian
.
.
.
Posted by Jeremy Woodward at 08:42