Local authorities are not happy about the incoming changes to business rates - mainly because of the uncertainty it will bring:
Futures Forum: County Council calls for "an urgent national review of local government funding" as "thousands of small businesses are set to be hammered by a rise in business rates"

A knock-on effect will be that NHS hospitals facing higher business rates will have to cut back on services - which local authorities will have to make up for:
Futures Forum: "Local authorities are going to become increasingly dependent on business rates and yet by so doing they will potentially drive up the costs of healthcare in their localities."

Meanwhile, actual businesses are going to be severely hit by hikes in business rates.


Business rates are killing our shops. We should scrap them to save our high streets 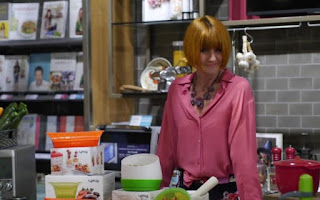 In 2011 I was commissioned by the government to look at how we could save our high streets. Six years on and we were really making progress. So it’s strange to watch our leaders preparing to impose a new business rates revaluation that will cripple high-street shops. The tax bill which will hit retailers from April will be the single biggest blow to independent shops since the financial crisis. I would estimate that at least a third of them will die off.

Ministers say that most businesses will see their rates fall, and that’s true in areas where house prices haven’t increased. But that is no use to small businesses where they have. They will be destroyed by the new rates, some of which are truly astonishing.

Business rates are killing our shops. We should scrap them to save our high streets - Telegraph

And locally there has been a lot of concern voiced:
Futures Forum: Clone Town Sidmouth?
Futures Forum: "We don’t want a main shopping area of charity shops and coffee chains."

Yesterday's Mirror had other retail pundits gunning for changes to the business rate changes:
Alan Sugar, Theo Paphitis and Mary Portas warn high street could be killed off as Theresa May faces revolt - Mirror Online

And last week's Observer reported from Devon. So much for the UK becoming a post-Brexit low-tax haven:


The high street was already under threat – and now this 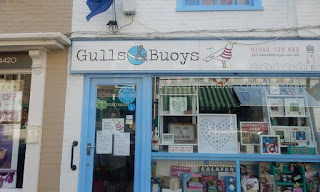 Everyone seems to have a solution for fixing the high street, but nobody’s buying. Fifteen independent shops a day are lost and this genuinely pains me. Ever since I got my first Fisher-Price cash register, I’ve had a thing about bricks-and-mortar shops. The first true pangs of jealousy I ever felt were seeing a photo of my older cousin helping out in my great aunt’s hardware shop in Plymouth. Why wasn’t I being afforded that opportunity?

As soon as I could, I began working in retail. It’s a bug that has never entirely left me. When, a couple of years ago, my husband and I opened a gallery-craft shop in a pretty harbour town in Devon, it was like the fulfilment of a dream. For those who don’t understand the appeal: when you have your own shop you get to do a bit of everything – branding, stock control, marketing and, in our case, representing the local producers and craftspeople who made our stock.

You also learn much about human nature and patience. When one in three visitors announces: “Well, this is something a bit different”, you could happily throw a lamp base at them. But, instead, you just radiate goodwill. It feels a complete and constructive vocation. For a time, you even fool yourself that you can earn a living.

But the truth is the high street can’t really provide a sustainable livelihood for independent retailers who are disproportionately fined for being independent at every turn. And that’s about to get much worse. This is not even a managed decline of the British high street, more a blindfolded march into the abyss.

April’s new business rates will be the final nail in the coffin for many small shops. A re-evaluation means that overall high-street retailers will need to find an estimated extra £125m to pay increased rates (according to business rent and rates specialist CVS). This lumbers the average small shop with an extra £3,663 added to its rates bill and, as I can attest, there aren’t many that are going to be able to pick up their pricing guns with a devil-may-care shrug and get back to work.

Business rates, declared “idiotic” by novelist Jeanette Winterson (who is faced with closing her beautiful Spitalfields deli, Verde & Company), and “an unfit for purpose tax” by Mary Portas, have long been cause for consternation.

The system manages to be at once fiendishly complex and strangely binary. Instead of local authorities setting the rate (based on nuanced local market conditions, say), they are fixed values based on rentable space and surrounding commercial properties, doled out by central government. If you happen to be trading in a property hot spot (and, indeed, your brilliant business may have contributed to the success of that place, as in Southwold and Port Isaac, areas with notably good independent shops that will be hit by rate hikes), or big brands have arrived and now surround your enterprise, then your valuation goes up and you find yourself catapulted out of the small business relief zone. There are deductions for chains, exemptions for charity shops, but few workable graces offered to independent retailers in single shops.

But the revaluation works for the online retail giants. According to CVS analysis, the nine Amazon distribution centres in England and Wales will be able to knock £148,000 off their property tax liabilities this year (despite annual sales in excess of £6bn). Similarly, fashion retailer Boohoo gets 13% knocked off the bill for its distribution centre in Burnley; so it goes on.

If we were looking for a spectacular example of cognitive dissonance from a government that proclaims its commitment to supporting small businesses, I suggest this would be it. You might argue that that’s life. As we’ve all spent so long worrying about the demise of the high street, it might even be liberating to let it go. Also, some consumers, I sense, would like to shift wholesale to online shopping, where they can ruthlessly hunt down the cheapest without having to make eye contact with hungry-looking shopkeepers.

Or you might conclude the high street is an anachronistic ragbag of eccentric shops without currency in today’s slick, algorithmic-driven marketplace. (And I do find that everyone loves to criticise a shop.) I also concede that some shops aren’t very slick. (Although over the years I’ve developed a grudging respect for the Dr Fish Spa Experience in Norwood Road in south London, which appears to offer salad preparation units, musical instruments and in-store piranha pedicures.)


However, against all the odds, we do have some really brilliant shops in the UK, a testament to innovation, creativity and a lot of dedication. Because they hide their disadvantage so well, they make us forget that already UK entrepreneurs pay more in business rates than France and Germany combined.

Shame we don’t listen to them, because I’m sure these gifted shopkeepers have many other things they could do instead. Independent retailers have already been promised the moon on a stick. But when I look back at some of the initiatives, such as the Future High Street Forum, what I see is a panel including the CEOs of Costa Retail and the British Property Federation (neither known for championing the little guy). The major recommendations from the Portas Review – free parking and cheaper business rates – were shelved in the proverbial “file 13” by government. Instead, the retail establishment has channelled its energy, along with pension funds, into enticing mega-brands such as Pets at Home to take up spots in major retail parks.

So the true value of the high street remains undervalued, fiscally and culturally. Independent shops aren’t just things that appear in a community, they form the architecture for it (yes, even the annoying snotty interiors/gift shop that sells Alessi can openers). Independent retailers tick obvious boxes such as being local employers, but also, in the best cases, join the dots to local producers. You know, the type of stuff that’s actually priceless.

I will probably always be vulnerable to a bricks-and-mortar shop. But if you see me heading towards empty premises on a high street – at least before business rates are reformed – please divert me to the town square and encourage me to pile my money up there and set fire to it instead. It will save pain in the long run.

The high street is already under threat and now this... | Lucy Siegle | Opinion | The Guardian
.
.
.
Posted by Jeremy Woodward at 11:00