'If you want your shed, it's on the beach': Nervous homeowners see large chunks of their gardens disappear as latest cliff fall threatens their homes

By JAMES DUNN FOR MAILONLINE
PUBLISHED: 17:44, 7 February 2017 | UPDATED: 22:42, 7 February 2017
197shares
524
View comments
A resident on a cliffside street that is slowly collapsing into the sea today came home to find his garden shed smashed on the rocks below.
Houses on Cliff Road in Sidmouth, Devon, face the constant threat of the crumbling rocks that have slowly been collapsing for the last 20 years.
In the latest incident to hit residents, Paul Griew lost his shed and a section of his garden that collapsed onto east beach below.
Mr Griew said: 'My gardener was standing at the end there at 11.30am and I told him not to. Thank God he left.
Astonishing moment a shed falls off a cliff edge
Loaded: 0%
Progress: 0%
00:00
Previous
Play
Skip
Mute
Current Time0:00
/
Duration Time0:00
Fullscreen 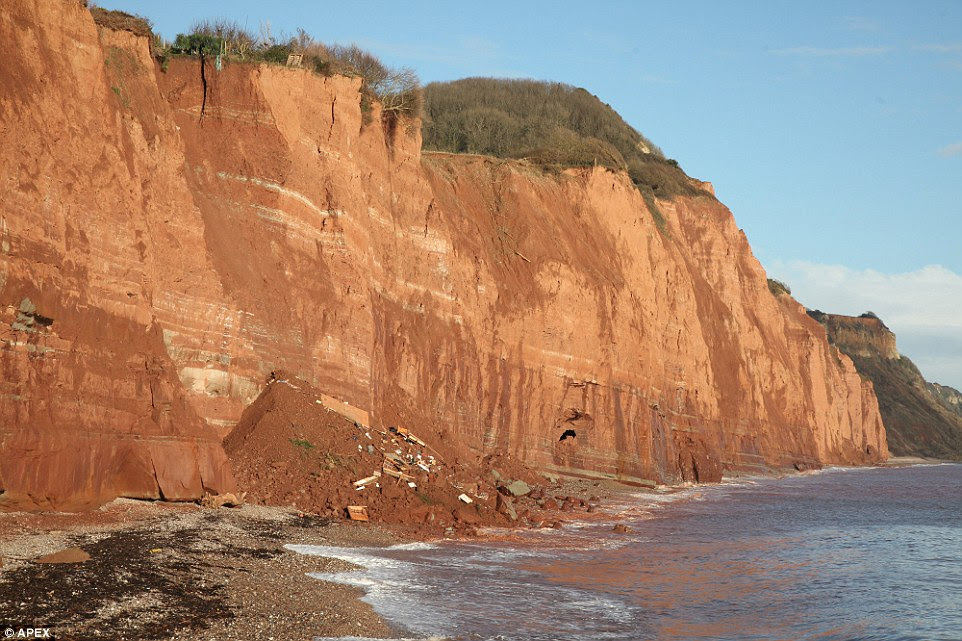 Wreckage: In the latest of a number of landslides in Sidmouth, Devon, the remains of what was once a garden shed can today be seen on the red rocks below 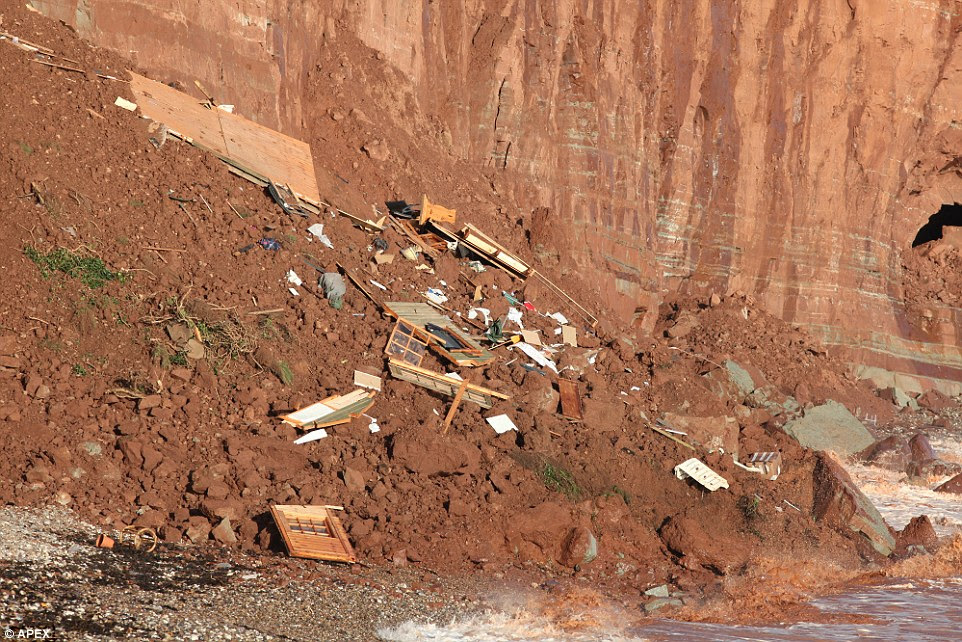 Look out: Today broken pieces of wood, along with sections of window and garden furniture can be seen scattered on the rocks next to Sidmouth's East Beach 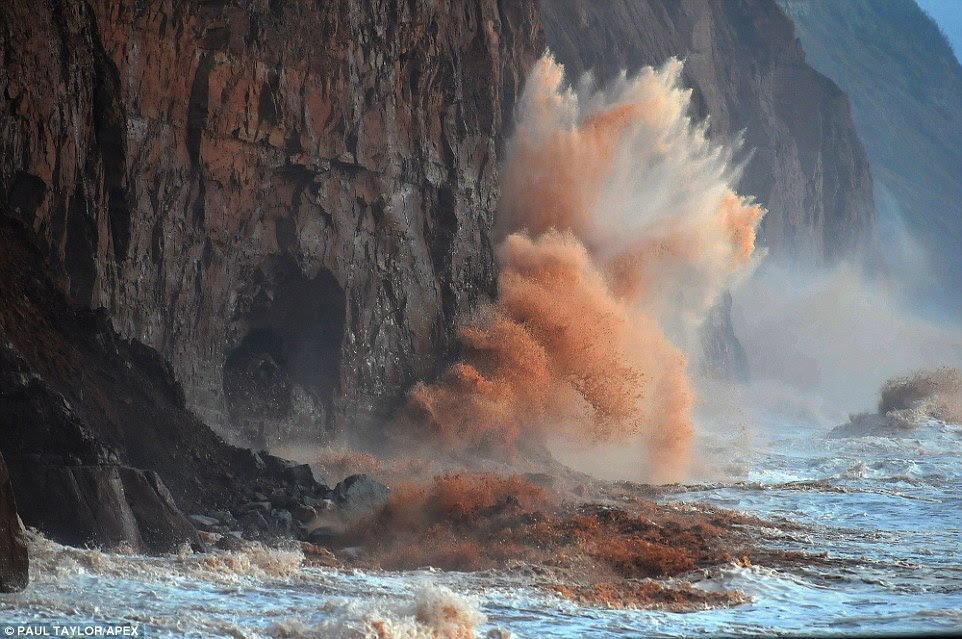 Impact: Mr Griew said that the heavy rainfall and forceful waves from Storm Doris (pictured) have caused the latest landslide, but residents there live under constant threat 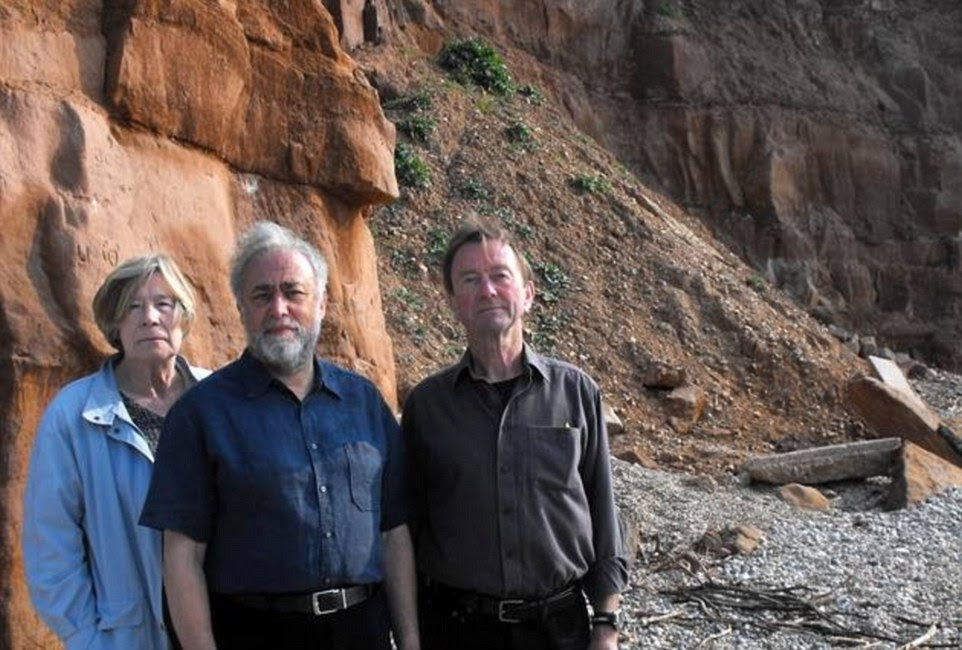 Campaigner: Paul Griew (centre, with fellow Cliff Road residents) had been campaigning for action on the problem for years before he lost his garden shed
'My neighbour called, she was watching it at the time. It has taken years but it seems the heavy rain hasn't been helpful.'
Mr Griew sits on the steering group for the beach management plan and called for safety plans to be moved forward.
'It's just got to happen. We are talking about 2020, which is at least three to four years away now but people are going to lose more over the next four years,' he added.
The fall today is linked to the recent heavy rain fall associated with Storm Doris that swept across the south west last week.