How much space do you have to live in? ... for/against minimum space standards for private housing

Are we satisfied with the size of our homes?
Futures Forum: “We need a public that will be appalled by tiny rooms, lack of storage space, tiny windows, poor insulation."

Should we be looking over the Channel?
Futures Forum: How much space do you have to live in - compared to the Continent? How are we taxing that space in the UK? And are you getting value for money from the estate agents?

Should we be looking at how things were?
Futures Forum: How much space do you have to live in: "How family homes have halved in size by over 700-square feet in a century"

Well, things are going to get smaller:

Welcome to rabbit-hutch Britain, land of the ever-shrinking home

What does the future hold for those in search of somewhere to live, now that the government has signalled a relaxation of minimum space standards? 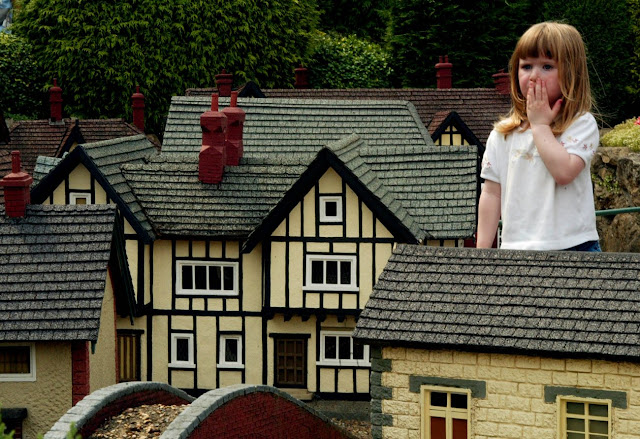 UK houses may not be quite as small as those in this model village, but they are getting more ‘bijou’ all the time. Photograph: Graham Turner for the Guardian


Rupert Jones
Get ready for a new wave of “micro-homes” – tiny flats, often in converted office buildings, that are roughly the size of a typical bedroom yet supposedly big enough for two people to live in.
Such properties are already springing up. Guardian Money tracked down a miniscule, newish studio flat in the centre of Croydon that measures just 14.9 sq m (160 sq ft), even though government guidance states that the minimum floor area for any new home is 37 sq m.
We were also passed drawings of plans for an eight-flat development in Archway, north London – in Jeremy Corbyn’s Islington North constituency – where two of the “apartments” measured just 13.5 sq m (145 sq ft). That’s a room measuring just 12ft by 12ft. Perhaps thankfully, the plans were refused by the council but may yet reappear in modified form.
Some experts worry that we could see many more shoebox homes popping up following publication this week of the government’s housing white paper. Britain’s new-build homes are already the smallest in Europe, prompting claims that many families are living in “rabbit hutch-sized” properties that are so cramped there isn’t enough space for them to live comfortably, sit down and eat together or even store necessities such as a vacuum cleaner. But could the UK now be facing a fresh squeeze on the size of its homes?
Ministers have admitted that England’s housing market is “broken”, and have set out a number of measures aimed at fixing it. But some commentators were alarmed at the suggestion that, as part of efforts to make “better use” of land for housing, home sizes may have to shrink further.
The white paper included a proposal to review the guidance on minimum sizes for new homes “to ensure greater local housing choice”, even though it has only been in force since October 2015. It said the government was concerned that a “one size fits all approach may not reflect the needs and aspirations of a wider range of households, and could be hindering innovative approaches to meeting demand”.
The guidance – known officially as the “nationally described space standard” – gives local authorities the option to set minimum sizes for new homes. Despite not being compulsory, it is starting to reverse the trend for smaller properties, says the Royal Institute of British Architects (Riba), which is urging the government not to remove or water down the standard.
What is undeniable is that many new builds are “bijou”, to say the least. In 2014, researchers from Cambridge University found that, at an average of 76 sq m, the UK’s newly built homes were the smallest by floor area in Europe. At the other end of the spectrum was Denmark at 137 sq m (having all that space probably helps explain why it is allegedly the world’s happiest country).
As recently as December 2015, Riba research showed that more than half of the new homes under construction were too small to meet the needs of the people who buy them. It found that homes in Yorkshire were the smallest in England, with the average new three-bedroom property about 25 sq m smaller than one in London (84 sq m versus 108.5 sq m).
So what might the government have in mind? The housing white paper gives a big plug to the “high-quality compact living model” developed by the London housebuilder Pocket, which specialises in one-bedroom flats, the vast majority of which are 38 sq m in size - ie, they exceed the minimum but only just.
To date, Pocket has delivered 297 affordable homes and has a pipeline of more than 700, says a spokeswoman. The company claims that because they are compact, its flats are “at least 20% cheaper than the surrounding market rate” – but that doesn’t necessarily mean they are cheap. The average price is £255,000, but if you want to buy a one-bedroom flat in its Lambeth developments in south London – Sail Street and Juxon Street – it will cost you £332,000. Nevertheless, that compares favourably with the latest official average first-time buyer price in London of £421,553. 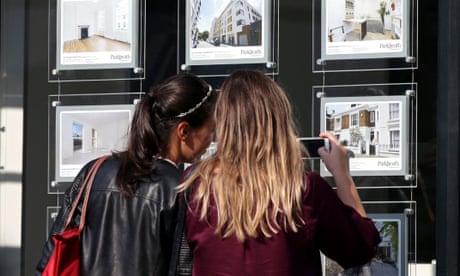 Read more
Some might argue that one flaw in this model is that “life happens”. Pocket claims “90% of our buyers are single” (how does it know that?), but even if this were true, by now some of its early buyers would presumably have met someone, had one or more children and be squeezed into a tiny one-bed flat. Unless they are very well-off, they may have limited options for moving to a bigger place in the local area.
Another big player in this sector is the London-based developer Inspired Asset Management, which has created hundreds of “micro-apartments”, many of them located in Croydon, south London. During the past few years Croydon has seen a frenzy of office conversion activity, making it arguably the UK’s micro-homes hotspot. This boom is largely down to the fact that in 2013 the government relaxed the rules to allow office buildings to be turned into housing without the need to go through the planning process. These so-called “permitted development” conversions are not required to meet space standards.

Housing experts find more to criticise than praise in the government’s plan, branded ‘beyond feeble’ by Labour, to solve the housing crisis
Read more
Inspired says its one-bedroom apartments are typically 30 sq m to 36 sq m, though it adds: “We have built smaller in the past.” A spokesman says: “There is absolutely a demand for smaller apartments. Since 2013 we have sold 515 micro-apartments, with on average 90% sold prior to completion, so we have proved there is strong demand. Young professionals like them because they are more affordable yet offer a great spec – and investors like them because of the higher yields.”
Inspired told Money it is “delighted” that the government plans to review the space standard – but Riba is concerned. It says: “We have seen a number of examples already of some developers proposing tiny two-person homes of less than 15 sq m in converted office buildings. This cannot be a long-term solution to the housing crisis.”There are various other schemes around or in development. A West Midlands charity called the Homeless Foundation has developed the iKozie – a single-person home measuring 17.25 sq m whose design was inspired by yacht interiors and first-class airline suites. The first one is due to be installed in the back garden of a house in Worcester in April, and the charity reckons the design “could be a cure for the housing crisis”.
Riba did not disclose the locations of these shoebox studio flats, but Money tracked down a few of them. We obtained details of some office-to-residential flats in Croydon, including one in George Street measuring 14.9 sq m, and one in nearby Barclay Road measuring 16 sq m (we don’t have details of who was behind them).
We were also passed details of a planned office conversion in Waterlow Road, Archway, north London, that would have created eight studio flats measuring between 13.5 sq m and 17 sq m. Money understands the local council refused the application because of issues relating to its previous usage.

It’s not all bad news on the house-size front. A report entitled Goodness Spacious Me published by the Home Builders Federation (HBF) in December found that the average size of a new-build home increased by nearly 15% between 2008-09 and 2015-16 – from 801 sq ft (74 sq m) to 918 sq ft (85 sq m). However, it acknowledged this was largely as a result of a shift towards building more family homes and fewer flats. 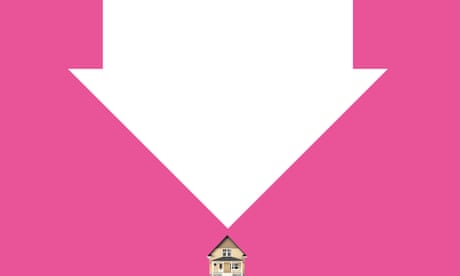 Read more
Housebuilders have consistently argued against minimum space standards for private housing, claiming they reduce customer choice. “If you make a house bigger, it’s naturally going to be more expensive,” says the HBF. “So if you take away that choice by specifying a minimum size, you are by definition ruling out a section of the market on an affordability basis.”
A similar point was made by the housing minister, Gavin Barwell, in a speech last autumn. “I think for many young people ... if I was 22 today, I would rather have the chance to own [a smaller property] than be priced out,” he said.
Julia Park, chair of the Royal Institute of British Architects housing group, says it’s not just about new homes. “We’re going to have to try and make more efficient use of existing stock. We need to try to encourage people to live in homes that fit their needs better,” she adds.
As a nation “we’re kind of obsessed with the number of bedrooms we have. [And] we’re not very good at putting storage into homes. If you squeeze everything down, people end up buying more bedrooms than they need, just to manage,” says Park, head of housing research at Levitt Bernstein, who has written a book on space standards that can be downloaded for free at housingspacestandards.co.uk.

Welcome to rabbit-hutch Britain, land of the ever-shrinking home | Money | The Guardian