Funding for schools is being cut - and being cut quite drastically:
Devon schools’ funding is set to be slashed by a third
One in six Devon children face having school funding cut - News - North Devon Gazette

The County's MPs are being asked to do something: 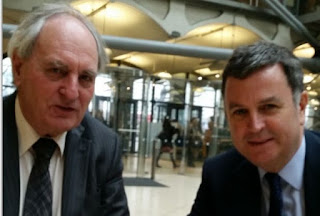 Mr Stride met to discuss changes to the per pupil funding formula which calculates how much authorities receive to spend on education.

Devon has historically been one of the lowest funded authorities in the country, but received a boost of £16million in 2015, meaning schools now receive £290 per pupil less than the England average rather than £480 less. The new formula currently being consulted on would result in the majority but not all of the schools in Mr Stride's Central Devon constituency benefiting.

Mr Stride, who has campaigned for fairer funding for Devon's schools since before becoming an MP in 2010, said: "The extra funding Devon received in 2015 was a step in the right direction but it is essential that any further adjustment to the funding formula results in all schools benefiting.

"I have recently visited two of the three secondary schools in my constituency, in Okehampton and Ashburton, specifically to discuss this issue and know the difficulties that any reduction in funding would cause. This is an issue I have raised with Education Secretary Justine Greening and I will be meeting with Schools Minister Nick Gibb shortly."

Leader of Devon County Council John Hart added: "The historic inequality of national funding for education in our county needs further reform but Mel is absolutely right that adjustments to the formula must not result in any schools losing out. I am very proud of the standards in education achieved by schools in Devon and the good partnership that exists with the County Council, but they deserve better in terms of national funding to support their efforts." 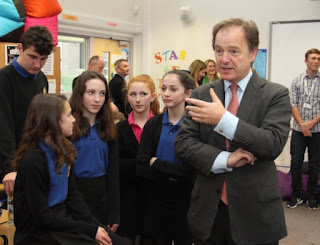 It is ‘clearly neither fair nor acceptable’ that a shake-up of the national funding formula will see 20 East Devon primary schools lose out, according to the constituency’s MP.

Speaking at a House of Commons debate, Sir Hugo Swire again called for the chance to hammer the message home to Whitehall chiefs – but was told Devon is losing out due to its lack of deprivation.

Many headteachers have spoken out against the new formula, which will cost some schools more than £100,000.

Sir Hugo said: “If these proposals are adopted, the historically underfunded constituency of East Devon will have 15 primary schools that gain while 20 lose out, and all our secondary schools will lose out.

“That is clearly neither fair nor acceptable.

“Will the Secretary of State agree to meet me and other Devon MPs so that we can make our point yet again?”

He said: “Whenever we introduce a new national formula and illustrate it on the basis of the current year’s figures—in this case, 2016-17—some schools will inevitably gain and others will lose.

“Overall, 54 per cent of schools across the country will gain under the new national funding formula.”

He added: “The new funding formula attaches a higher value to deprivation than Devon’s local formula – so schools in Devon with a low proportion of pupils from a disadvantaged background or with low prior attainment do less well under the national formula.”

The consultation on the proposals has been extended by two weeks to March 22.