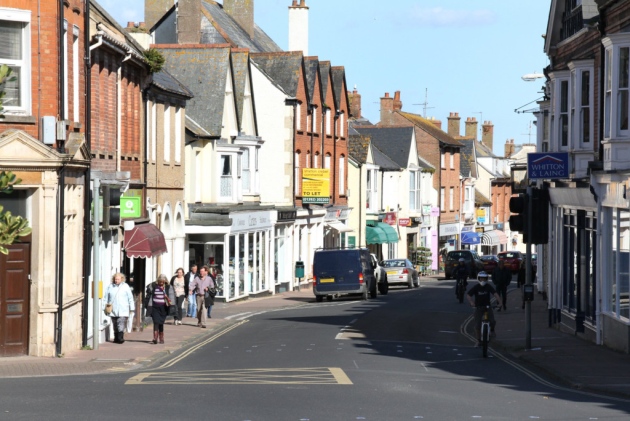 The Budleigh Salterton community has given its backing to a plan which lays out how the town could look in the future.
Residents went to the polls on Wednesday (September 6) on Budleigh’s Neighbourhood Plan.
Voters were asked to say yes or no to the question: ‘Do you want East Devon District Council (EDDC) to use the Neighbourhood Plan (NP) for Budleigh Salterton to help decide planning applications in the neighbourhood area?
Some 94.7 per cent of the 1,320 who voted said yes while 5.3 per cent voted no with two ballot papers spoiled. There was a turnout of 31 per cent.
The plan will now go back to EDDC cabinet to be ‘made’. This will make Budleigh the first town in East Devon to successfully complete the Neighbourhood Plan process.
When the document gets rubber-stamped by EDDC, it will have to be referred to alongside the East Devon Local Plan, when any planning applications are considered.
Town mayor Alan Dent said: “This will help control future development, will support businesses and will really help in securing a viable future for the town.
“The NP will also protect the character and history of Budleigh which is loved and admired by both residents and visitors.”
He also paid tribute to the neighbourhood plan steering group, led by Roger Sheriff, which has spent the last two years putting the document together.
Cllr Dent added: “I would like to publicly thank Roger Sherriff and his team in the neighbourhood plan steering group who put in hours of hard and detailed work which has achieved this outstanding result.”
Roger said: “We are very grateful to the residents of Budleigh Salterton for supporting the Neighbourhood Plan so positively and decisively.
“(It was) Probably one of the highest per cent votes in favour of a Neighbourhood Plan anywhere in the country, which demonstrates the commitment and desire both of the residents and the local authority to ensure that Budleigh Salterton remains a community where people want to live and work now and in the future.
“Grateful thanks to all those on the steering group and in the focus groups for there hard work in helping to produce such an excellent Plan.”