Help-to-buy "has played a crucial role in buttressing the market for housebuilders."

As the Financial Times noted a couple of weeks ago, housebuilders are doing very nicely out of the scheme:

by: Gemma Tetlow and Judith Evans
On Friday 4 August, the share prices of the UK’s major housebuilders suddenly dropped. Between 7am and 8.30am, £1.3bn was wiped off the combined market value of the five largest companies.
There were rumours — which ultimately proved unfounded — the government was preparing to withdraw or dramatically scale back its flagship measure to support the housing market: the Help to Buy scheme where the state provides low-interest loans to first time buyers and others looking to purchase newly built homes.
Investor nervousness about the future of the scheme is understandable, given mounting evidence of a slowdown in the British housing market.
Moreover, something strange is going on in the market. While the number of homes being built has risen sharply since late-2014, the number of properties being bought and sold has been falling since early 2016.
In the past, the rates of housebuilding and the buying and selling of existing properties have tended to move in lockstep. Analysts attribute much of the new-found divergence to the government’s Help to Buy scheme, which has boosted demand for new homes. It means that while housebuilders are enjoying a purple patch, the second-hand market is stagnating...
But housebuilders say the Help to Buy equity loan scheme introduced by David Cameron’s government in 2013 has also played a crucial role in buttressing their market.
The scheme allows people to buy newly built homes with deposits that represent of only 5 per cent of their value, thanks to a government equity loan totalling 20 per cent, or 40 per cent in London.
“Half of [the divergence between housing transactions and housebuilding] is underpinned by Help to Buy,” says Lucian Cook, director of residential research at Savills, the estate agent. “It has allowed housebuilders to maintain rates of sale when the secondary market has softened.”
Help to Buy underpins housebuilders’ success - Financial Times

The Guardian takes up the story:

Help-to-buy scheme aids some buyers, but boosts builders even more 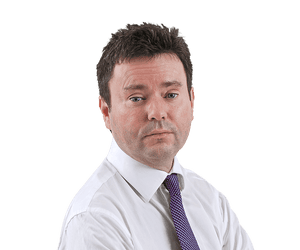 Nils Pratley
The government has spent £4.6bn already – why should it continue with the subsidy in such a generous form?
Housebuilder Redrow says it’s looking forward to working with government to consider the future of the help-to-buy subsidy scheme beyond 2021. You bet it is. Since former chancellor George Osborne in 2013 committed to helping homebuyers purchase new properties with a deposit of only 5%, Redrow has reported record profits every year.
The latest annual numbers – and a share price that has improved threefold since 2013 – shows how wonderful life has become for big housebuilders. You’d almost think Redrow was producing high-tech consumer gadgets. Operating margins are running at 19% and return on capital employed has hit 26%. About 40% of its private sales are to help-to-buy purchases, which is typical for the sector.
After an improvement of a quarter in pre-tax profits to £315m, the company hiked its dividend by 70% and said there’s plenty left in the tank. Profits will rise to about £430m by 2020 and the dividend can be almost doubled again “subject to market conditions remaining unchanged”.
The obvious question is why on earth the government, having spent £4.6bn already, would wish to continue with help to buy after 2021. Yes, the scheme has allowed some people to buy homes who would not otherwise have been able to do so, but the clearest beneficiaries of the stimulus to prices have been housebuilders’ shareholders and executives.
Back in 2013, one justification was the limp state of the mortgage market. That no longer applies. The banks are well-capitalised, high loan-to-value mortgages have returned and the Bank of England these days frets about too much lending, not too little.
Osborne’s other argument was that more demand for houses would increase supply. The numbers suggest modest success, even if some of the increase would have happened anyway. But the point now is that withdrawing help to buy overnight wouldn’t obviously cause the housebuilders to down tools for fear that non-subsidised houses would sell for slightly less. A return of capital of 26% is splendid but it is still worth getting out of bed for 15%.
Before ministers commit to renewing help to buy on the same terms, they should recall the warning by Lord King, former governor of the Bank of England, in 2014: “This scheme is a little too close for comfort to a general scheme to guarantee mortgages. We had a very healthy mortgage market with competing lenders attracting borrowers before the crisis, and we need to get back to that healthy mortgage market ... We mustn’t let this scheme turn into a permanent scheme.”
Ditching help to buy outright in 2021 may be undesirable since there is a fair case that first-time buyers still deserve a leg-up. But, as even wiser housebuilders concede, too many houses qualify for help to buy. Current ceilings are set at £600,000 and 20% of the value of mortgage. Both figures could usefully be cut in half before the scheme becomes an addiction.

Help-to-buy scheme aids some buyers, but boosts builders even more | Nils Pratley | Business | The Guardian
.
.
.
Posted by Jeremy Woodward at 01:00