The Western Morning News/Express & Echo has been promoting the 'Back the South West' campaign - very much brought into focus by Brexit:
Futures Forum: Brexit: and Back The South West

And onto innovation, hi-tech and entrepreneurship.

And yet Brexit could be offering new opportunities:
Futures Forum: Brexit: and the promises of innovation

Because in this part of the country, these are very much needed:
Futures Forum: Low wages in the South West
Futures Forum: Two in every five people employed in the UK are in ‘bad jobs’
Futures Forum: Brexit: and bad pay

As are new businesses:
Futures Forum: "A staggering 50,000 manufacturing jobs have been lost in the South West in a decade." Which is not surprising, as "the LEP area ranks 32nd out of 39 LEP areas in England for the level of productivity."

Here's an overview of where we are now in the South West: 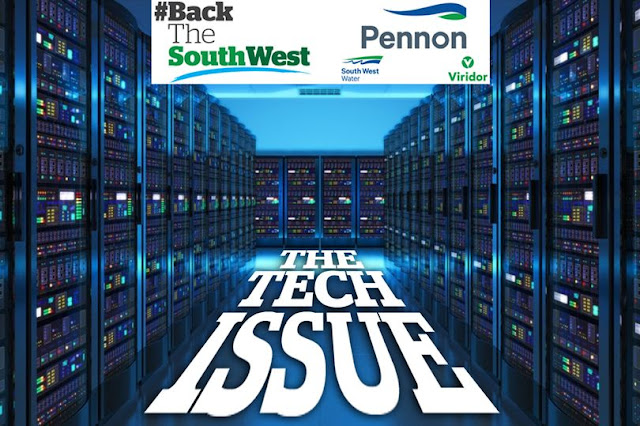 Think of Devon and Cornwall and what comes to mind? It’s likely that our pasties, long sandy beaches and cream teas are high on the list.
Our natural assets, food and drink sector and tourism are major crowd pleasers here - and rightly so.
But there is a growing band of pioneering businesses that are changing the face of the economy.
According to the latest tech nation report 2017 , the UK now has 1.64 million digital tech jobs, and the South West is supporting around 20,000 of them.

In fact, our stunning scenery, quality of life, coast and moorland is a major draw for creative thinkers eager to leave the overheated South East or avoid it altogether.

The growth rate of digital jobs was more than double that of non-digital jobs between 2011 and 2015. What is more, these jobs are highly skilled and highly paid, contributing to the productivity and growth of the wider economy. It is estimated that the turnover of digital tech businesses reached £170 billion, an increase of £30billion in just five years.

And it is growing super fast. The turnover of digital tech businesses reached £170billion, an increase of £30billion in just five years.

Tom Moore, a solicitor in the Stephen’s Scown intellectual property and IT team, said there are around 2,000 technology companies based in Devon and Cornwall alone.

He said: “Creating valuable skilled jobs and developing solutions to some of the most pressing issues facing our society today, these are businesses that should be celebrated. The continued success of the South West economy relies on companies with such a high growth potential.”

READ MORE
We champion #BackTheSouthWest and this is our pick of six great tech firms, says Stephens Scown

The aim of the Back the South West campaign is to highlight the kind of innovation that is boosting our stake in this new economy, being dubbed the fourth industrial revolution. And it is also about asking for what we need from Government to make the best of our assets.

Connectivity in road, rail and digital have to get stronger if we are to compete in a post-Brexit world. We have compiled the Tech 30 list, highlighting some of the innovators making great strides in Devon and Cornwall.

READ MORE
The Tech List: 30 Exeter and South West firms at the cutting edge of technology and innovation

They predict that artificial intelligence will top technological breakthroughs coming through in the next five years – but they say that will mean a skilled workforce will be even more important.

In a survey of the 30 of the area’s leading digital companies, technological advances – particularly artificial intelligence (AI) – were repeatedly sited as the most important factor affecting a sector which is growing in importance.

And that meant many of the firms also mentioned the need for skills and education to keep pace with developments. They saw this as a major challenge, even ahead of the uncertainty posed by the UK’s imminent departure from the European Union.

At website design and marketing company Altitude, based at Plymouth’s Mount Wise House, chief executive Miles Noble said: “We’re seeing a slow, but steady spread of virtual reality (VR) and augmented reality (AR) devices and technologies. This technology has potential to change the way we use the internet and live our lives.

“As these devices become more common, demand will increase for websites to be designed with features that take advantage of this new hardware. Imagine shopping for a fridge freezer on Amazon and being able to call up a 3D scale model you can observe from all angles with your VR headset. Or, in the case of augmented reality platforms, imagine having that same fridge freezer visually projected into your kitchen so that you can make sure it will fit.”

Dave Pearce, of Royal William Yard-based Acutate Marketing, said: “VR has the capability of challenging how we interact with the web and to disrupt the high street.”

He was concerned about Brexit uncertainty and “its effect on consumer confidence” and the “generation gap” with young people’s debt burden a worry.

Digital agency Cosmic, based at Honiton, joint chief executive Kate Doodson said: “Artificial intelligence and automation is likely to make the biggest impact. Our biggest challenge is trying to keep ahead of technological developments. We pride ourselves in leading the way as early adopters of new technologies, so we must always be on top of our game.”

At Plymouth-based IT support company Acronyms, founder Dave Smith said: “Brexit and the uncertainty it brings is a challenge for every business.”

In the South West the ‘brain drain’ is also a concern. 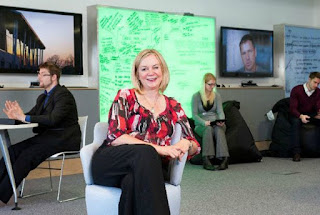 One of Falmouth University’s top objectives is to grow the Cornish economy by building a talent pipeline that will stop brain drain to the South East while providing start-up support in high growth sectors for entrepreneurs.

Professor Anne Carlisle, Vice Chancellor at Falmouth University, said: “It’s a long-term project and multifaceted: working in schools and raising aspiration among young people, recruiting more Cornish students, and retaining the skills of our brilliant students by working with local businesses to ensure graduates have the right skills to get great jobs within the county when they graduate.

“Secondly, the University is investing in entrepreneurship and innovation; offering research opportunities and facilitating the creation of start-ups in high-growth, high-value sectors.

“The county’s economy is currently dominated by low wage, seasonal employment, which has long held back its development. However, the region’s improving connectivity, creative heritage and pioneering spirit, mean that it is rapidly developing one of the fastest growing tech sectors in the UK.”

And it is absolutely paying off with tech businesses offering some of the highest wages in the region. And that’s why the digital and tech sector features so strongly in Theresa May’s Industrial Strategy.

Among the initiatives outlined last year is the Industrial Strategy Challenge Fund to support smart energy technologies; robotics and artificial intelligence and 5G mobile network technology. This fund is part of £4.7 billion of additional R&D funding announced by the Prime Minister in November.

But it is not just digital companies or high tech manufacturers that can make the most of the latest developments.

By investing in innovation, traditional sectors can reach a brand new audience. 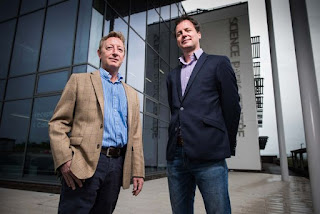 Marc Ive, Travel Services Director and Neil Robinson, Parking Services Director of Rezomm (Image: © Guy Newman)
Rezcomm at Exeter Science Park, began life in North Devon as a traditional travel agency but has diversified to take advantage of a gap in the market emerging out of the online booking boom.

READ MOREThis Devon travel agent adapted for online buyers and now business is booming
The airport, parking and venue reservation specialists use innovative technology to help airports, parking operators and venues looking to automate their booking systems. Now, Rezcomm’s client-base spans the UK and Europe with new opportunities coming from the USA.
It has upsized its offices at Exeter Science Park Centre as it prepares to quadruple its workforce over the next two years.
Exeter Science Park and Plymouth Science Park in Devon and the Pool Innovation Centre in Cornwall are helping to create critical mass for fledgling companies. 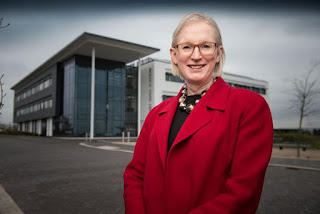 Dr Sally Basker, CEO of Exeter Science Park. said that embracing tech is do or die Dr Sally Basker, Chief Executive at Exeter Science Park said that supporting young disruptive companies that are heavily reliant on investment in the early stages is critical to self-sufficiency in the long term.

She said: “This is a region that has a long history of innovation, taking risks and free thinking, just think about Drake or the Mayflower Pilgrims. We need to capitalise on that. It strikes me that we have lots of SMEs that have got to be able to grow if they want to, but we need to pull all our resources to help them achieve their ambitions.

“Any entrepreneurial business, innovation or disruptive technology is high risk and needs a lot of investment to get started. Our job is to give them that support to grow.”


Tech innovators say 'there's more to the South West than cream teas and cowpats' and here's why - Devon Live
.
.
.
Posted by Jeremy Woodward at 12:45