Plans for Port Royal: anticipating a Regeneration Board >> “Nothing is decided on Port Royal – it could see anything from a massive redevelopment to no change at all.”>>> “There could be a range of options – from something that incorporates everything allocated in the Local Plan to doing nothing, potentially.” >>> “There are many other [options] we can consider.”

The consultants' report on Port Royal is being prepared:
Futures Forum: Plans for Port Royal: anticipating a Regeneration Board >> Scoping Study consultation and "independent experts"

Meanwhile, the chair and lead officer of the Reference Group have spoken to the Herald:


‘Port Royal could see massive development - or nothing at all’ 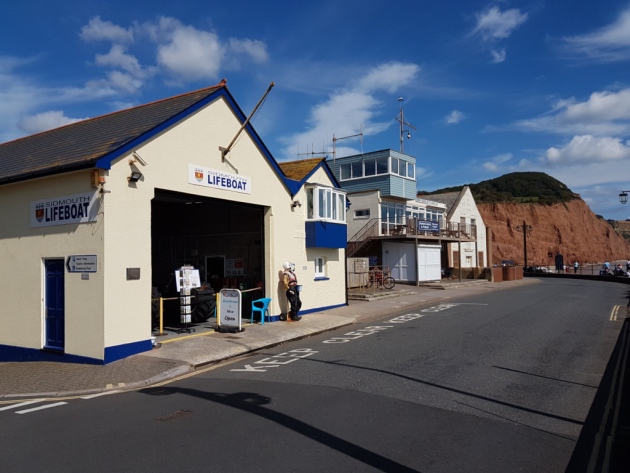 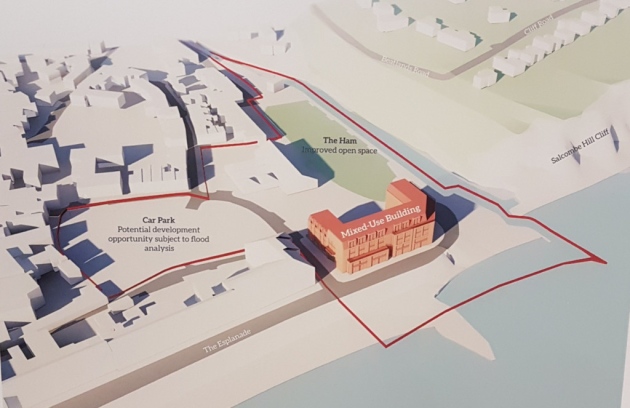 The consultant said this illustration is only intended to give an impression of the scale and size of a building on the site and how it might appear in relation to other buildings nearby.
That is the message from Councillor Jeff Turner and town clerk Christopher Holland as they look to set the agenda on the project instead of reacting to ‘scare-mongering’ claims.
They said that regardless of what the consultant recommends, it will be up to landowners Sidmouth Town Council (STC) and East Devon District Council (EDDC) to decide how to proceed.
Cllr Turner, who chairs the Port Royal reference group, said: “There could be a range of options – from something that incorporates everything allocated in the Local Plan to doing nothing, potentially.
“The users, the lifeboat and the sailing, angling and gig clubs, have all been involved. One argument from the people who want to refurbish the Drill Hall is that it doesn’t have representation. How can it? It’s an empty, derelict building. There’s a group that would like to reuse it, but it’s up to them to sort that with [Drill Hall owner] EDDC.
“We will of course consider all the users. To offset that against the Drill Hall is only going to take away from the existing users.
“If there’s an impression around the town that only one option is being considered – the huge building on the consultation boards at Kennaway House – that’s the wrong impression. There are many others we can consider, right down to nothing.
“I think it was a mistake to put that concept drawing in the public domain.”
The drawing shows a building standing up to five storeys high that incorporates the lifeboat station, sailing club and associated groups, plus up to 30 apartments.
Mr Holland said: “Putting it in the public domain was the consultant’s decision. He wanted to get people’s views – and I’m pretty sure he got them.
“It will be up to the two councils to come to their own conclusions, which is why a lot of the conversation so far has been premature. Both councils are completely open-minded...


‘Port Royal could see massive development - or nothing at all’ - Latest Sidmouth and Ottery News - Sidmouth Herald
.
.
.
Posted by Jeremy Woodward at 15:06