Is 'meritocracy' really all it's made out to be?

In Singapore, on the other hand, merit got what it deserved - and is a model we would all emulate:
Futures Forum: Brexit: and the Singapore model
Newly sworn-in President Halimah Yacob pledges to uphold multi-racialism, meritocracy, stewardship

Here's a recent piece arguing for meritocracy:
Libertarianism vs. meritocracy - The Washington Post

However: apparently, we don't actually deserve what we get.

All along, it's been about how 'lucky' we are:
Futures Forum: Good luck!

As a new piece on Bloomberg argues:
Hard Work Isn’t the Reason for Your Success - Bloomberg


We seem to have taken a political satire from the 1950s rather too seriously:

But no insult has had such a perverted appropriation as ‘meritocracy’.

Its originator, Michael Young did not mean it as a compliment when he coined the word in 1958. His satire The Rise of the Meritocracy may not match Orwell and Huxley but he realised his dystopic vision well enough. Young’s future was a world where the people at the top did not believe they were there because of birth or good luck, but because they were George Osborne’s strivers. All sense of noblesse oblige would vanish in the new and insufferable smugocracy, Young warned. Those beneath the elite would feel that they were not held down because of class or lack of opportunity, but because they had failed. They would not be the victims of an unfair world, but of their own weakness and stupidity.

When the British sociologist Michael Young first coined the word meritocracy, he didn’t consider it an ideal to aspire towards. In a satirical novel, he mocked the tripartite system of education first adopted in Britain in the 1940s – wherein children were assessed via the 11-plus exam and sorted into either grammar, secondary technical or secondary modern schools.

Read more
Decades later, he expressed dismay that Tony Blair had adopted meritocracy as a defining philosophy of the New Labour project, writing in the Guardian: “It is good sense to appoint individual people to jobs on their merit. It is the opposite when those who are judged to have merit of a particular kind harden into a new social class without room in it for others.”

Dismantling the Dictatorship of the Highly Educated

In much of Europe as well as the U.S., politics has become an elite activity.By
Justin Fox 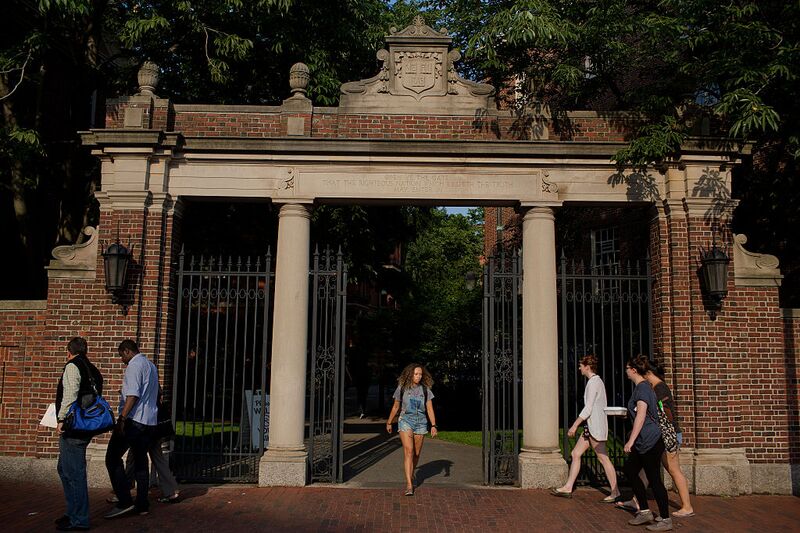 In the affluent nations of northwestern Europe, people with university educations have taken over politics. Cabinet ministers with fancy degrees are nothing new, but more and more parliamentary seats have been going to college graduates. In some countries, the highly educated's share of seats is completely unprecedented. In others, it hasn't been this high since the 1800s, when politics was still an explicitly elite activity.

The Rise (or Return) of Diploma Democracy

This data is from an important and surprisingly engaging new book, "Diploma Democracy: The Rise of Political Meritocracy," by Dutch political scientists Mark Bovens of the University of Utrecht and Anchrit Wille of the University of Leiden. 1Their focus is on a few countries in Europe, but similar trends are of course apparent in the U.S. as well.

Part of the reason for this is entirely benign: Lots more people have been going to college, so of course more college-educated people are going into politics. Also, modern governments deal with really complex policy choices. It can't be bad to have skilled, educated people making those choices, can it?

Well, it depends on which choices. Bovens and Wille argue that while domination of executive and administrative posts by the highly educated might be warranted, it's highly problematic for them to dominate representative politics as well.

Consider the makeup of the lower house of the Dutch parliament. Of the 150 members elected in 2012, Bovens and Wille report that 145 (97 percent) attended college or graduate school and 137 (91 percent) had at least the equivalent of a bachelor's degree. This in a country where only 39 percent of people aged 25 through 54 have a college degree 2 -- and where the most important political leader of the 20th century was a guy with a high school diploma who had taken some stenography courses on the side. The shares did fall to 90 percent and 86 percent after this year's election, but Bovens and Wille figure it's too early and the sample size too small to declare a trend reversal just yet.

The problem with this mismatch between representatives and population is that, as Bovens and Wille write:

"Educational qualifications are important indications of social status and they are very closely correlated with lifestyle, cultural attitudes, and political preferences. Like class or religion, educational background is an important source of political and social divides."

There are indications, in fact, that educational background is becoming the most important source of political and social divides. It has certainly become one of the best predictors of how people vote in some countries, the ranks of which the U.S. appears to have belatedly joined in the 2016 presidential election. Some of this can possibly be chalked up to the highly educated holding more sophisticated, nuanced views than their less-well-informed fellow citizens. But a lot of it has got to be just that they increasingly live in different communities, send their children to different schools, work in different kinds of jobs, and spend their free time differently than those without college degrees.

That educational qualifications would replace older class distinctions is something that British sociologist and Labour Party activist Michael Young predicted in 1958. As I wrote in a column last year, the term that Young coined to describe this state of affairs -- "meritocracy" -- has gone on to be used with mostly positive connotations. But the world he described in his satiric novel "The Rise of the Meritocracy" was a dystopia, with the divide between those deemed to possess merit and the rest of the population (the "morons," as Young's narrator puts it) much starker and less forgiving than traditional social class divisions.

Bovens and Wille are well aware of this negative potential of meritocracy, and reference Young repeatedly in their book. They also cite Plato's "Republic," which seems to endorse putting highly educated philosopher-kings in charge of government. But they note that Plato had some interesting ideas for how to keep these "guardians," as he called them, from hardening into a permanent ruling class: They couldn't own property, and they weren't allowed to know their children.

Short of such draconian measures, what can be done to address this rise of diploma democracy? One of the biggest stumbling blocks is that the less-educated are so much less likely to participate in or even pay attention to politics. One of the only forms of political activity in which there aren't clear differences by education level, Bovens and Wille report, is watching political news on television. 3 Efforts to increase public involvement in the political process have for the most part only widened these gaps, as the highly educated are by far the most likely to take part in public meetings, contact their political representatives, participate in social media discussions, and the like.

This difficulty leaves Bovens and Wille with a grab-bag of disparate proposals for fixing things. Their suggestions include more civic education in secondary schools, more referendums, limits on lobbying, compulsory voting, direct elections for some governing officials (as opposed to electing representatives who choose the governing officials, as is customary in most of Europe), and even choosing some representatives by lottery.

When I asked them by email how the U.S. stacks up versus the European countries they studied in "coping" with education-based political cleavages, they responded:

"That of course depends on what you mean by coping. One way to look at it is through the lens of issue congruence between politicians and voters: Lesser-educated white Americans, for once, have a president who addresses issues they find important (whether he will fix them may of course be something else entirely). Recent research in the Netherlands has shown that issue congruence between the cabinet and the lesser educated electorate rose when LPF and PVV [populist, immigration-skeptic parties] took part in the coalition -- resulting in higher levels of political trust among the lesser-educated."

Another way to look at it would be through the lens of political stability. Majoritarian systems, such as in the U.S. or in the U.K., suffer from instability and inefficiency because of abrupt shifts. Proportional systems with coalitions, such as in the Netherlands, Denmark and Germany, are a bit more boring, but in the long run they are better able to cope with newly emerging political cleavages and to absorb them more smoothly.

A key theme that runs through the book is that the political views of the less-educated deserve to be heard -- even if some of them are offensive to, say, political science professors at leading universities. In the U.S., much elite discussion of the populist, nationalist, and sometimes outright racist attitudes unleashed by Donald Trump's candidacy and presidency remains focused on how to make those attitudes go away. Bovens and Wille, whose own country's populist revolt is now more than 15 years old, seem more interested in finding ways to accommodate such views without endangering liberal democracy. Perhaps we could learn something from that.

Dismantling the Dictatorship of the Highly Educated - Bloomberg
.
.
.
Posted by Jeremy Woodward at 16:10