Local government finance: "It looks as though we’re approaching a cliff edge and no one has any idea how to stop us hurtling over it.”

The East Devon Alliance has posted a piece from the Guardian, noting how the District Council prefers to be profligate in times of financial squeeze:
“How will councils survive the funding abyss?” (Especially if they are in hock to a vanity project!) | East Devon Watch

But one commentator notes that by the time we get to the year 2020, there might be other concerns uppermost:

““How will councils survive the funding abyss?” (Especially if they are in hock to a vanity project!)”


“How will councils survive the funding abyss?” (Especially if they are in hock to a vanity project!) | East Devon Watch

Here is the original Guardian piece:

How will councils survive the funding abyss? 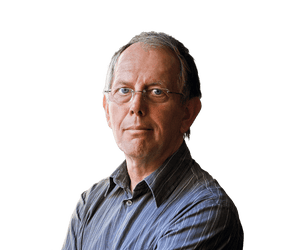 Peter Hetherington
No one in Westminster can say how local authorities will be funded after 2020
From struggling northern councils to seemingly prosperous counties, talk of a financial meltdown is getting louder. “It looks as though we’re approaching a cliff edge and no one has any idea how to stop us hurtling over it,” warns Nick Forbes, senior vice-chair of the Local Government Association (LGA) and Labour leader of Newcastle city council. It is a sentiment echoed across the political spectrum.
For once, it is not the dire prospect of failing to reach a Brexit trade deal which is exercising the minds of local politicians, but rather the consequences of an inconclusive general election. The resulting stasis in government has left English councils in financial limbo, staring into an abyss. Bluntly, no one in government can say how authorities will be funded after 2020 when they were all supposed to become self-financing. 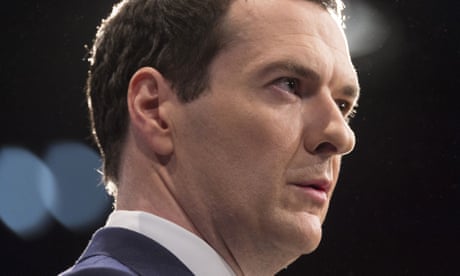 
Read more
Former chancellor George Osborne’s big idea was to set councils free of Whitehall – minus multibillion-pound grants – by handing them back business rate revenue raised locally, instead of redistributing it centrally. Since 2013, councils have kept 50%, which yields £26bn nationally. In his 2016 budget Osborne proclaimed that, compared with 2010 when 80% of council funding came through Whitehall, 100% of local government resources would come from councils themselves by 2020 – “raised locally, spent locally, invested locally”. An alluring prospect?
Some fell for it, foolishly believing this would mythically fill a looming £2.6bn social care funding gap, likely by 2020 on LGA calculations. In reality, the consequences were dire. Without a redistribution formula to compensate councils in poorer areas with boarded-up high streets and, consequently, small tax bases yielding low business rates, some authorities would struggle to balance their books – a legal requirement (unlike the NHS or Whitehall departments). Alongside this financial “devolution” came a sting in the tail: a multimillion pound central government revenue support grant, a mainstay of council funding, would be phased out.
But Osborne’s grand design crashed when a local government finance bill, the delivery mechanism, fell in the run-up to the June election. It has not been resurrected. The resulting Queen’s speech omitted to mention the proposed legislation.
Forbes highlights the dilemma. While Newcastle, ostensibly with the highest business tax base in the north-east, raises £154m a year from business rates, he estimates it would still be £16m a year worse off than under the current grant regime. By contrast, Westminster city council would be the ultimate winner – raising £1.8bn annually.
Such disparities were being addressed in a “fair funding review” involving senior civil servants and local government professionals earlier this year alongside discussions on the practicalities of devolving business rates to councils by 2020. But since June there has been a deafening silence in Whitehall. No meetings have taken place. “There was a relatively advanced debate about how the 100% retention [of business rates] would work – and a debate within local government about what kind of criteria is needed for some kind of redistribution mechanism,” says Forbes. “We were gearing up over the next few years to work with government. And all of what has collapsed.”
The result is one almighty mess. Professional bodies, such as the organisation representing senior council finance officers – the Chartered Institute of Public Finance and Accountancy (Cipfa) – are close to despair. English local government is facing the worst of all outcomes: the phasing out of a central revenue support grant without the compensation of a locally held business rate underpinned by a yet-to-be defined redistribution formula, in which rich councils would have to help compensate the poorest.
Having seen their budgets chopped by at least a third since 2010 in the name of austerity, councils are already facing their biggest financial crisis. This is compounded by funding for adult and children’s social care consuming two-thirds of their budgets, with other once-essential services slashed or axed.
Confusion reigns. Already three areas, Greater Manchester, Liverpool city region and London are piloting the full, local 100% business rate regime, buoyed by – presumably interim – government funding to ensure they do not lose out. Other pilots were promised. But there is doubt over whether the full devolution of business rates will ever happen.
If that’s the case, Forbes wonders what the pilot areas are meant to be piloting? For its part, the LGA has one concern: “Where’s the Plan B?” asks Forbes. No one can answer. The clock is ticking.
• Peter Hetherington writes on communities and regeneration

How will councils survive the funding abyss? | Society | The Guardian