The future, with all of its ideological baggage, and its smoldering graveyard of unfulfilled dreams, has failed us. We’d do well to abandon it, and start figuring out how we might survive the present.

Optimism about the future can end up as being just empty hope:
Futures Forum: Climate change: false hope and climate optimism have been 'a disaster' > 'we need a new language, desperately'

Although there might of course be practical things we can do when looking to the future:
Futures Forum: Climate change: and sequestering carbon
Futures Forum: How to deal with air pollution: ban all diesel and petrol vehicles by 2040 >>> "The writing is on the wall for gasoline-powered cars."

And yet some of these 'practical things' can be argued about:
Futures Forum: Climate change: A Carbon Tax Won't Stop Hurricanes
Futures Forum: Banning diesel > smokescreens and power-play


As the latest issue of The Baffler asks:

How to rescue ourselves from posterity 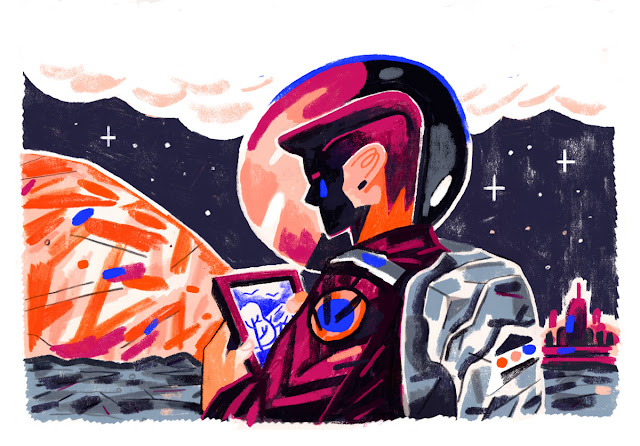 the future is defined in the image of the West. There is an in-built western momentum that is taking us towards a single, determined future. In this Eurocentric vision of the future, technology is projected as an autonomous and desirable force: as the advertisement for a brand of toothpaste declares, we are heading towards ‘a brighter, whiter future.’ Its desirable products generate more desire; its second order side effects require more technology to solve them. There is thus a perpetual feedback loop.

“One need not be a technological determinist,” Sardar concludes, to understand that this posture “has actually foreclosed the future for the non-West.” Through this lens, globalization represents the west’s colonization of the future, the imposition of “a single culture and civilization” upon the world. Nowhere is this grim connection more clear than, for instance, in the mining of conflict minerals like coltan, whose refined byproducts are used in various gadgets. Coltan is frequently mined in brutal camps in the Congo and on the Venezuela-Colombia border, its profits flowing to paramilitary groups. The West’s futuristic creature comforts depend on the exploitation of people in the Global South, who live far beyond the ambit of the enlightened, gadget-filled future.
We live in a period often called the Anthropocene—quite simply, an era when human impact on the environment has become acutely visible, a dominant force. “The Anthropocene represents a new phase in the history of the Earth,” McKenzie Wark writes in Molecular Red, “when natural forces and human forces became intertwined, so that the fate of one determines the fate of the other.” In this cosmology, God is dead, replaced by fallen humans who continue to pillage the Earth. Perhaps in smaller numbers, Wark suggests, the environment’s natural cycles and capacity for regeneration could have tolerated us. But now humans live in such numbers and amid such a flurry of over-industrialization that the planet can’t recover. “One molecule after another is extracted by labor and technique to make things for humans, but the waste products don’t return so that the cycle can renew itself. The soils deplete, the seas recede, the climate alters, the gyre widens: a world on fire.”
Wark’s outlook might again strike us as nihilistic and/or alarmist. But in our mundanely chthonic new world order, it’s actually the soul of descriptive realism. In the Anthropocene, apocalypse is titrated out with each molecule of carbon burned. It is a daily, slow-motion horror. For some to look at this tableau and, against all evidence to the contrary, still fantasize about a better era to come is a striking act of naiveté, bordering on delusion. The future, with all of its ideological baggage, and its smoldering graveyard of unfulfilled dreams, has failed us. We’d do well to abandon it, and start figuring out how we might survive the present.

Jacob Silverman’s book, Terms of Service: Social Media and the Price of Constant Connection, is published by HarperCollins.

See also:
Futures Forum: "In the light of long-term anthropogenic change, we need to be more pragmatic in our conservation efforts rather than aiming for impossible 'natural' states."  >>> "Pristine landscapes haven't existed for thousands of years due to human activity."
Futures Forum: Generation Anthropocene: How humans have altered the planet for ever
Futures Forum: "The real-life Mad Max will be about water"
Futures Forum: Climate change: Entering the Anthropocene
.
.
.
Posted by Jeremy Woodward at 06:07

Wow!It's very eye catching.The people in UK who are looking for top 10 uk double glazing companies to get the best product, can have agents now for saving their valuable time.