There is a lot of pressure on bees:
Futures Forum: Bees and neonicotinoids >>> "Chemical companies pitch bug-killing options"

A lot of this is connected to Brexit:
Futures Forum: Brexit: and not watering down environmental laws

And there are opportunities presented
Futures Forum: Brexit: and a "unique opportunity" to create policies which suit the UK's wildlife and habitats

As well as threats:
Futures Forum: Brexit: and completing with industrial agriculture

The campaign group has just launched its latest petition on the issue:

Bees: lost and confusedOur bees are in danger. Powerful lobbyists want to spread toxic pesticides that kill bees all over our fields this summer. [1] These pesticides are so deadly that there’s a ban on using them - so the lobbyists must convince the Environment Secretary Andrea Leadsom to lift the ban.

Andrea Leadsom is fairly new to the job - and this is the first time she’s had the fate of our bees in her hands. But so far, the only people she’s heard from are lobbyists. Together, we can change that. A huge petition, delivered straight to her, would prove that the public expect her to protect our bees - and keep the ban in place
Bees pollinate three quarters of the world’s crops - apples, strawberries, onions, carrots and many many more of our fruit and veg. We wouldn’t last long without them. But the pesticides, called neonicotinoids, are lethal - and they scramble their memories, and damage their navigation leaving them lost and confused. [2]

Together, we have a record to be proud of when it comes to protecting our bees. When the same lobbyists tried to get toxic pesticides on our fields last year, hundreds of thousands of us signed a huge petition, emailed our MPs and chipped in for research that proved the pesticides are lethal. And we kept the ban in place. [3]

One of us alone against lobbyists and chemical companies can’t do much - but together we’re powerful, and our victory last year proves it.
NOTES:
[1] Farmers Weekly: NFU applies to use neonics on 11% of oilseed rape crop
[2] The Guardian: Europe should expand bee-harming pesticide ban, says campaigners
[3] 38 Degrees: Bees - 1, Pesticide companies - 0:

And this is the latest from the New Economics Foundation:

BREXIT AND PESTICIDES: A DANGEROUS MIX

Pesticides are poisons. They are chemicals that are designed to kill living organisms, and they do that job very well indeed. They are the only poisons that are deliberately and legally released into the environment with the express purpose of killing.

Exposure to pesticides can be very harmful to humans. Often the people most affected, due to their frequent exposure, are farmers, farmworkers and their families.

Numerous studies have shown a prevalence of illnesses such as depression, childhood leukaemia and Parkinson’s among these groups. But it is not just those in the farming industry who are at risk: anybody exposed to pesticides could develop short or long term health problems as a result, and children are particularly vulnerable.

That’s why, in the UK, there are strict regulations in place governing their use. The EU has played a key role in establishing them.

The UK, along with the rest of the EU, employs a so-called precautionary approach to regulation, which means that we don’t authorise pesticides for use unless we’re sure they don’t harm our health.

It might sound like common sense, but it stands in contrast to the so-called risk-based approach adopted elsewhere, including in the USA, which is much more permissive and has led to countless examples of real harm to individuals and communities.

There is now a very real chance that, following Britain’s exit from the EU, our existing protections could be watered down to favour the agrochemical industry and the powerful voice of the large farmers represented by the National Farmers Union (NFU). Such groups view the American system as an inspiration, rather than a cautionary tale. 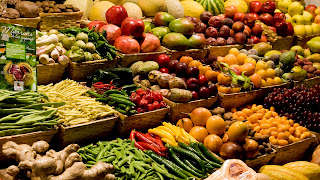 Business interests and cost-cutting must not come before our health. We cannot allow Brexit to derail years of progress.

Pesticide Action Network (PAN) UK has laid out a ten point list of policy recommendations that would, if adopted, help to ensure better protection from pesticides for the people and environment of the UK after we leave the EU.

All of the recommendations are reasonable and are already implemented to a greater or lesser degree by other countries in the European Union. There is no reason why they should not be adopted here.

Introducing targets for reducing the overall use of pesticides in agriculture

This is not a new policy recommendation and a number of EU Member States have already introduced use reduction targets. France has stated that it wants to see an overall reduction of 50% by 2020. In 2011 Denmark set a target for a 40% overall reduction and it seems that they have managed to meet that objective.

The precautionary principle is a key element in ensuring that maximum protection of the environment and human health is delivered. It is a very simple concept but one that is frequently applied incorrectly or ineffectively. The simple concept is:

“When an activity raises threats of harm to human health or the environment, precautionary measures should be taken even if some cause and effect relationships are not fully established scientifically.”

This should form the basis of all decisions taken in regard to pesticide use or authorisations.

Introducing a Pesticide Levy and using the revenue raised to support programmes to help farmers reduce pesticide use.

Experience from a number of European countries has shown clearly that a tax on pesticides is an effective mechanism to reduce pesticide use and their impact on the environment. Farmers would be much happier to pay the levy if the funding is used to help them cut use.

Not only would these recommendations provide increased protection for people and environment, but they would also help to deliver a truly sustainable agricultural system that could be the envy of the world. Higher standards in agriculture would assist UK famers and growers to trade and compete in the new world of commerce that will emerge post-Brexit.

We need far-sighted politicians to champion these measures and ensure that this post-Brexit opportunity is seized. Any notion of weakening existing protections must be recognised and discounted for the dangerous nonsense that it is.