Zero coal in the UK

It might not be 'peak oil' but it's certainly looking like a steady decline in demand for oil:
Futures Forum: Peak Oil Demand

This is in parallel with the dramatic decline in demand for coal, reported in the UK press a couple of days ago: 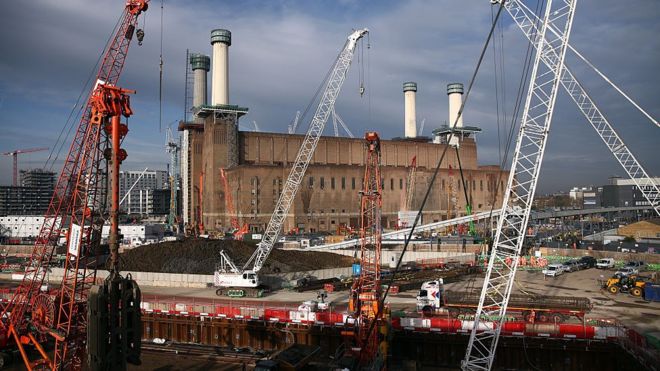 The UK is set to spend its first full day without generating electricity from coal on Friday, the National Grid says. It said the previous longest continuous period without coal-generation was 19 hours, achieved last May.

It comes after years of moving to less-polluting natural gas and renewables - though demand for power also tends to be lower on Fridays. Although National Grid said a coal-free day looked likely, it would only know for sure very late on Friday.

Britain opened its first coal-fired power station in 1882 and coal remained a dominant part of the energy mix until the 1990s. However, its use has fallen in recent years, as plants closed or switched to burning biomass, and it accounted for just 9% of electricity generation in 2016 - down from 23% the year before.

Last year, the government said it wanted to phase out Britain's last plants by 2025 as part of efforts to cut carbon emissions. 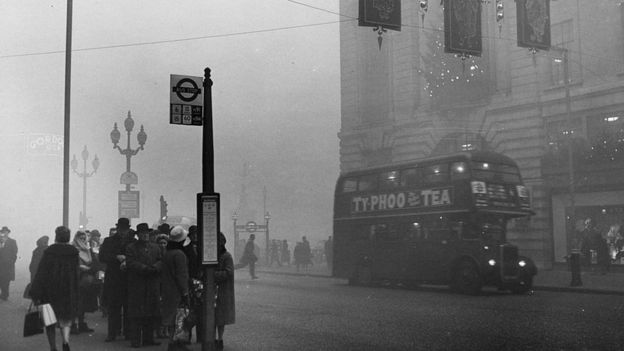 Image copyright GETTY IMAGES The Clean Air Act was in introduced in 1956 to tackle the smog coal fired stations created by in big cities.

Coal has powered Britain for more than a century. But today's landmark moment - the first 24 hour period without any coal powered generation - is a sign of how the once mighty fuel is being consigned to history.

Part of the reason is that solar panels and wind turbines now provide much more electricity to factories and homes. Lower power demand is a factor too - that's normal on a Friday. And as older, uneconomic coal fired plants have closed in recent years, the fossil fuel has been playing a much smaller role in our energy system.

Paul Ekin, professor of resources and environment policy at University College London, said a full day day without coal would be "enormously significant".

"As recently as the late 1980s coal was supplying as much as 70% of UK electricity," he told the BBC. "We then had the dash for gas in the 1990s, with nuclear roughly contributing around 25%, and coal dropped below 50%."

He said the current thrust was to replace coal with gas but that renewables like wind and solar were also playing a bigger role - accounting for 25% of supply in 2015.

Hannah Martin, head of energy at Greenpeace UK, said the first day without coal in Britain since the Industrial Revolution "would mark a watershed in the energy transition".

However, Cordi O'Hara of the National Grid said coal still had a role to play as the UK transitioned to a low carbon system. "Our energy mix continues to change and National Grid adapts system operation to embrace these changes." 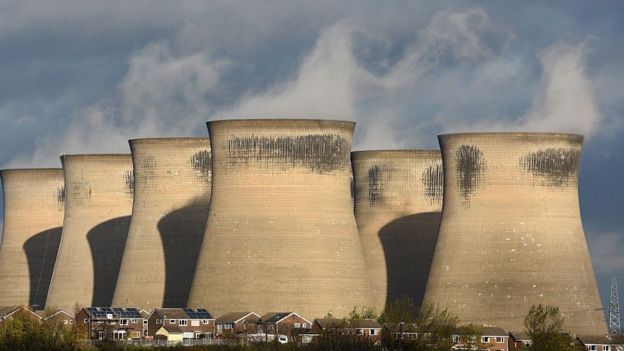 1882 - The world's first public coal-fired generating plant is opened at Holborn Viaduct in London
1956 - The Clean Air Act (1956) is introduced to tackle the smog created by coal fired stations. Coal-burning power stations are moved out of cities
1970s - Coal for heating homes is increasingly replaced by natural gas from the North Sea
1980s - Nuclear power grows to around 25% of electricity generation
1990s - 'Dash for gas' as natural gas grows to around 30% of electricity generation, largely substituting for coal
2015 - Renewables account for 25% of power supply
2016 - Government says it wants Britain's last coal power plants to close by 2025.

The rest of the world is reporting on the story:
Britain has day without coal power - The Japan News
Britain Has First Day without Coal Power Since Industrial Revolution | Fortune.com

And it's happening across the Continent:
Europe’s coal power disappearing faster than expected | WorkBoat

The only problem is that coal is growing in the likes of India:

And in the United States, there's political pressure to go full out for coal:
While Trump Trumpets Coal, Europe Is Phasing It Out Faster Than Ever - MIT Technology Review
Donald Trump’s power plan: Why US coal jobs are not coming back - Financial Times
Trump cannot turn back time for ageing coal-fired power plants: Kemp | Reuters

It's about pollution:
Futures Forum: Devon County Council elections: the issues > air quality
Futures Forum: Air pollution: "So, are we facing up to what's being called an urgent public health crisis?"

And it's about climate change:
Futures Forum: Climate change: and coal generation in the UK >>> >>> "The pathway to a low-carbon future"