Knowle relocation project and the great town hall property buying spree >>> "Why is the government lending to local authorities to buy real estate on terms that make bank lending to the property sector before the [great financial crisis] look positively conservative?”

So are many others: 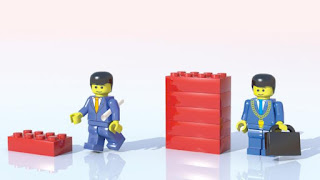 Councils are using a loophole in Treasury borrowing to pile into real estate – and create a tower of debt.

After a career as an investment manager at HBOS, the bank that had to be bailed out by Lloyds during the financial crisis, Donna Jones became leader of Portsmouth city council in 2014. It was a time of belt-tightening, with the prospect of government funding for local authorities drying up altogether by 2020.

“It was clear to me we had to start running councils like businesses,” said the 39-year-old Conservative councillor. “To survive during the austerity programme, the only way to protect high-quality public services was to go out and generate income. We’re not moving to fortnightly bin collections or closing any libraries, swimming pools or museums.”

She has been true to her word. The council is now selling back-office facilities, such as human resources and IT support, to charities and smaller councils. It has leased the naming rights to the Spinnaker Tower, the city’s 560ft-high landmark, to Emirates airline.

Portsmouth’s local authority has also amassed a commercial property portfolio — most of it many miles away from Fratton Park football stadium, HMS Victory and Southsea Castle.

Using £110m of debt, Portsmouth has so far bought properties including a DHL distribution centre near Birmingham, a Waitrose store in Somerset and a Matalan warehouse in Swindon. In December, it sold a long lease on the Wightlink ferry terminal to the insurer Canada Life for £73m. The proceeds will be used to raise the portfolio’s size to more than £180m.

Jones said the deals were already producing £4.9m of annual income after interest. Combined with other measures, that means only £900,000 of the £9m budget cuts that Portsmouth must implement in the coming year will have to be passed on to residents through service reductions, she said.

Across England, other councils are doing the same. Empowered by the 2011 Localism Act and funded by cheap loans from an obscure subsidiary of the Treasury, 49 local authorities went on a £1.3bn property buying spree last year — spending far more than the £142m recorded in 2015.

However, there are growing concerns in the private sector and parts of Westminster that government grant cuts, coupled with generous lending by the Public Works Loan Board (PWLB), are encouraging councils to take risks they do not properly understand — in an asset class that is more volatile than many realise. Most of the property deals have been 100% funded with debt, leaving both councils and the Treasury exposed to immediate losses if values fall.

William Hill, the former head of property at the fund manager Schroders, warned in January that councils were “behaving like hedge funds exploiting a financial arbitrage”. He questioned why the government was lending to local authorities “to buy real estate on terms that make bank lending to the property sector before the [great financial crisis] look positively conservative”.

The EDW blog pointed to the example of Tunbridge Wells:
Councils as developers | East Devon Watch

With a letter to the Sunday Times:


Town halls have been buying up properties, and creating piles of debt

The last published accounts show that on this investment it made a net profit of just £500,000 — it had not reckoned with the crippling costs of repairs and refurbishment.

These councillors think they know the property market, but they don’t have a clue. They now plan to build a new town hall. This is an enormous folie de grandeur that will leave taxpayers on the hook.

Tunbridge Wells has a town hall, but it has been allowed to fall into disrepair. Was this part of the plan?

Meanwhile, back in Tunbridge Wells:

SERVICING the debt on the proposed new Civic Complex will cost the Borough Council £2.4million a year for half a century, it has been disclosed.

Council Leader David Jukes revealed the figure at a marathon meeting of the full council last week, but argued the costs would be outweighed by the financial benefits of the scheme.

There was clear dissent among some Conservative members who expressed misgivings about the cost of building a Civic Complex.

The council plans on borrowing £72million, with interest and payment of principle amounting to £2.4 million per annum across the lifetime of the loan.

Cllr Jukes attempted to head off a row over the payment of interest, by arguing the rate of just under three per cent was fixed for the duration and therefore the real cost will be eroded over time.

“In 50 years’ time the £2.4million we will be paying, at the rate of inflation we have had over the last half a century, will probably be peanuts.”