The future of Sidmouth's hospital > a therapeutic garden

For the time being at least, the future of the Victoria Hospital has been secured:
Futures Forum: The future of Sidmouth's hospital >>> secured - but other community hospitals to lose beds >>> more reports

One particular project for the hospital can now be taken up:
Futures Forum: Therapeutic garden at Sidmouth Victoria Hospital

Projects to resume at Sidmouth hospital after threat to beds 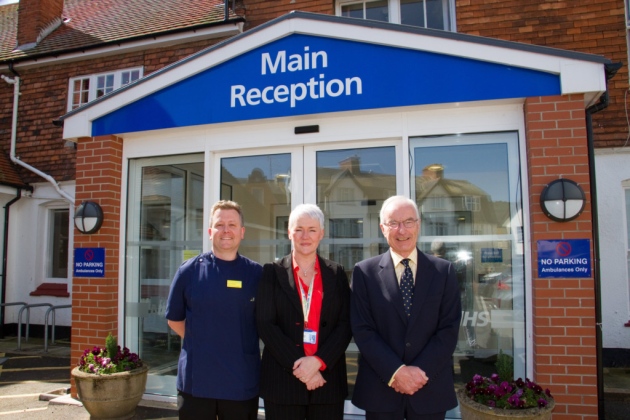 The comforts fund put plans for a therapeutic garden on hold when the NEW Devon Clinical Commissioning Group (CCG) said the hub could lose its beds.

With news Sidmouth will retain 24 beds, the group is also set to replace some old televisions, provide a roof over the cycle rack and invest in seven battery-operated reclining chairs.
The hospital is now run by the Royal Devon and Exeter (RD&E) Foundation Trust, whose chief executive, Suzanne Tracey, attended the comforts fund’s annual general meeting (AGM) last week.
Frances Newth, the group’s vice-president told the Herald: “We are more than delighted at the fact we have managed to retain our beds. I think staff morale has really been lifted since we had confirmation.
“We’re very much looking forward to working with the RD&E – I’m sure the foundation trust will be looking at all the options to use the facilities in Sidmouth as much as they can to take the pressure off the RD&E hospital.”
She said the new therapeutic garden will fill a space that has been neglected for some years and will benefit staff and patients alike.
The CCG had recommended that Sidmouth should lose its inpatient unit, but in a shock turnaround the governing body voted for the town to retain 24 beds – and Seaton, which had been set to keep its beds, would lost out instead.
Speaking at the AGM, comforts fund chairman Graham Vincent said: “As a group of trustees, we feel very much for any hospital which has its beds removed and due care, consideration and adequate funding must be given to services provided within that hub. The last six months have been very stressful for our staff at the hospital – let’s hope now they can create some form of normality and get on with their lives.”
In a statement, Ms Tracey said the RD&E Foundation Trust’s goal is to help more people stay well for longer and reduce the need for specialist hospital care.
She added: “It’s an ambitious goal and it relies on both high quality community support services and the communities themselves becoming more self-sufficient.
“That’s why it’s crucial we talk to and team up with the many excellent community organisations and local support networks out there – such as the comforts fund – to get them involved in our work.
“Working in partnership with our communities will be the key to our success.”
Projects to resume at Sidmouth hospital after threat to beds - Breaking news & sport in Sidmouth | Sidmouth Herald
.
.
.
Posted by Jeremy Woodward at 17:04