One of the top concerns in the County is the perception that schools are funded 'unfairly' by central government:
Futures Forum: Town vs country: funding issues surrounding education, social care and councils
Futures Forum: Devon schools receive £290 per pupil less than the England average - and that is about to get even wors

And it has become a party political issue locally.

Here is a piece out today on the Conservative Home website:


John Hart: Devon Conservatives are not complacent
– as the Lib Dems fight dirty

Cllr John Hart is the Leader of Devon County Council.

In Devon we are fighting hard to retain the majority we have enjoyed since our landslide victory in 2009. Currently the Conservatives hold 38 of the 62 seats on Devon County Council. Our nearest challengers are Liberal Democrats who hold 10 seats, Labour have seven seats – all in our major city in Exeter. UKIP have four and there are three Independents.

Boundary changes mean that the Council lose two seats so we need to win a minimum of 31 in May. In last year’s referendum most of the County voted for Brexit with the exception of Exeter and the South Hams. With Mrs May successfully triggering Article 50 and her double digit lead in the opinion polls, you might think we should have a comfortable victory.

However, I am counselling all my colleagues and candidates to avoid any complacency, particularly after all the electoral surprises we had last year both here and in the USA.

The Lib Dem’s are fighting the usual dirty campaign and trying to suggest we are responsible for school funding cuts because we are moving money within the education budget to support our most vulnerable children with high needs. Yet Devon Conservatives have a proud record in Devon of fighting for fair funding for our schools against all shades of Government and were founder members of the f40 group.

We have made strong objections to the proposed new national formula for education as it would reduce funding for nearly two thirds of Devon’s students. A key part of our election campaign is a specially set up electronic petition and we have strong support from our Members of Parliament on this issue.

This is the take from the View News:

Devon Tories go against own policy on schools’ funding

DEVON Conservatives have launched a petition against their own Government, calling on them to properly fund the county’s schools.

East Devon MP Hugo Swire has signed the petition and has been vocal in his opposition of cuts that are being proposed across schools in the area.

The petition reads: “Each pupil in Devon received £290 less than the national average. Conservatives in Devon believe this is not right. The current/recent Government consultation is flawed and does not improve the situation. We therefore call on Government to increase the funding for the young people of Devon. We would ask you to support our petition for increased funding for the young people of Devon.”

The petition can be found at http://bit.ly/2o9g EAG

Schools across East Devon are set to see massive reductions in funding, after the Government launched their Fairer Funding Formula.

Honiton Community College Principal Glenn Smith described the cuts as “destroying our children’s future,” adding that the Government was “decimating our education system”.

Schools from across East Devon have spoken out against the cuts, as a majority will be affected by the new Government initiative.

And this is the take from the Herald: 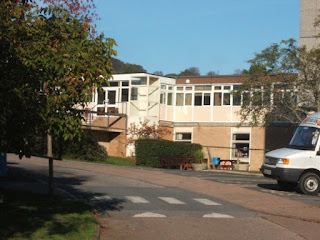 This works out at £33 per mainstream pupil and schools across the Herald’s patch are set to lose a combined £102,927, according to figures provided by the authority to Liberal Democrat leader Alan Connett.

He said he had been told that, for some schools, the cuts would be less as a ‘minimum funding guarantee’ would kick in.

But DCC said the figures were out of date and based on 2015 pupil numbers.

It says every child in Devon is funded £290 less than the national average and recently education chief James McInnes wrote to the Prime Minister urging her to take action.

The council said reforms to the special needs system had seen it extended to the age of 25, but not enough money had been provided by the Government, with Devon’s ‘high needs’ segment set for a £4.7million overspend this year.

Defending the local budget transfer, a DCC spokesman said: “The money is remaining within education and the majority of it will stay within mainstream schools where the most pupils with special needs are educated.

“But we have had to re-adjust the balance from one area of the schools’ budget to another to compensate for the higher spend on education for children with special needs.”

See also:
Revealed: How much money every school in Devon will lose in proposed education funding changes | Devon Live
Ministers can no longer ignore protests over the school funding crisis | Geoff Barton | Education | The Guardian
More schools to cut staff in East Devon | Devon Live
.
.
.
Posted by Jeremy Woodward at 16:13