Apple blossom is now appearing at the Old Bakery in Branscombe: 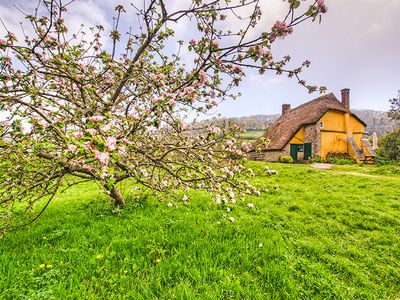 
Indeed, a walk through apple trees is a real pleasure: 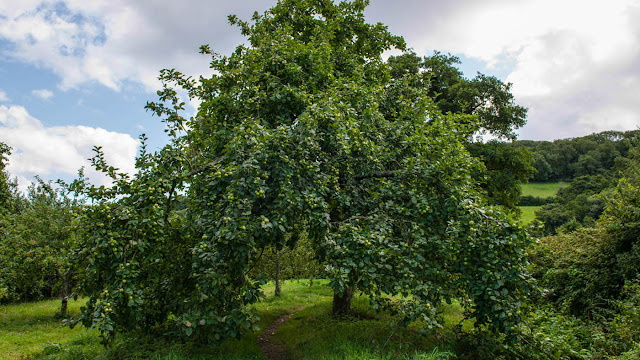 Although others would prefer to celebrate the apple by taking off all their clothes:
Why are these Westcountry cider lovers naked in a field at the crack of dawn? | Devon Live

Walking is by far the biggest recreation of visitors to Devon, so it should be good for the economy of the Sid Valley and beyond.
The aim is for people to eat apples as they walk, and just push the pips into the ground. Some will take and grow.

Here's the piece in the Herald:

Plans are afoot that could bring thousands of walkers a year to Sidmouth and communities across the cider-producing South West.

Chamber of commerce president Richard Eley said the Apple Trail to Taunton could boost trade at rural pubs and accommodation providers along the way. And he said it could promote lesser-known varieties of apples, such as the Woolbrook Russet and the Woolbrook Pippin that originate in Sidmouth.

Mr Eley said: “The idea is to create a nationally-recognised footpath route that will run north to south from Taunton to Sidmouth, thus complementing and linking with the East Devon Way, which runs from west to east. The route has been carefully chosen using existing footpaths to provide a scenic and safe route that will take walkers past village stores, country pubs and accommodation providers.

“The apple theme will celebrate Devon and Somerset’s long tradition of apple growing and cider production. Sidmouth is an obvious choice for a destination role as we have plenty of accommodation, and a strong association with apple production - the Woolbrook Pippin and Woolbrook Russet were two varieties developed in the town. Walking is the most popular of all tourist activities and it is hoped that the Apple Trail will generate considerable economic benefits with only a minimal investment, and at the same time showcase the marvellous countryside that surrounds us.”

The chamber of commerce is promoting the trail with the Blackdown Hills Business Association, and it also has the support of East Devon District Council’s tourism champion, Councillor Jenny Brown.

These are the two varieties mentioned: 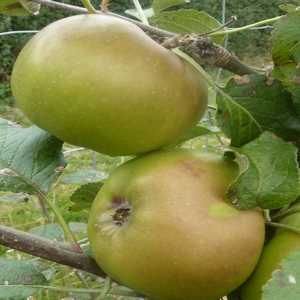 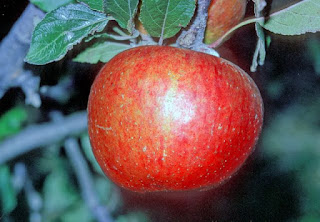