"Roadside verges are helping some of the rarest wildflowers in the UK survive, but are under siege, thanks to a combination of mismanagement and pollution"

The County Council has been discussing today how it can continue to protect its wildlife:
Futures Forum: Protecting Devon's wildlife

Largely due to neglect - and pollution:
Futures Forum: Air pollution: "So, are we facing up to what's being called an urgent public health crisis?"

Here the story is covered very well by Deutsche Welle:

Long disregarded as insignificant, roadside verges are helping some of the rarest wildflowers in the UK survive, according to a new study by conservation charity Plantlife. But these verges are also under threat. 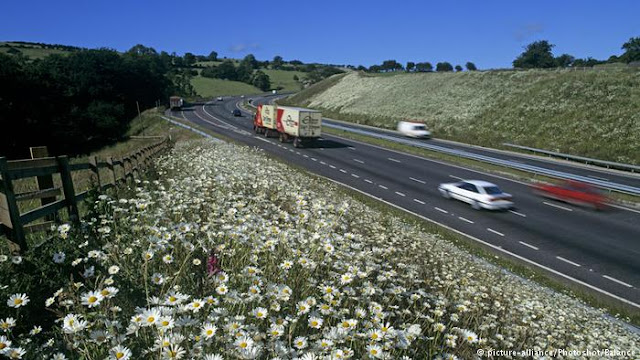 Mostly glimpsed flashing by in wing mirrors, road verges don't usually garner much attention. Largely ignored, few drivers would realize that these grassy verges are actually the last refuge for some wild plants in the UK which have been driven to near extinction in the countryside.
But British wild flora conservation charity Plantlife is warning that these last bastions for some of the UK's rarest plants are also under threat - and the plants they harbor at risk of extinction - unless urgent action is taken to manage road verges better.
A new study released by the charity on Monday revealed how some very rare species, like fen ragwort  and wood calamint, have their last remaining natural homes in Britain nestled in its road verges -  one of the UK's most important yet under-appreciated habitats. 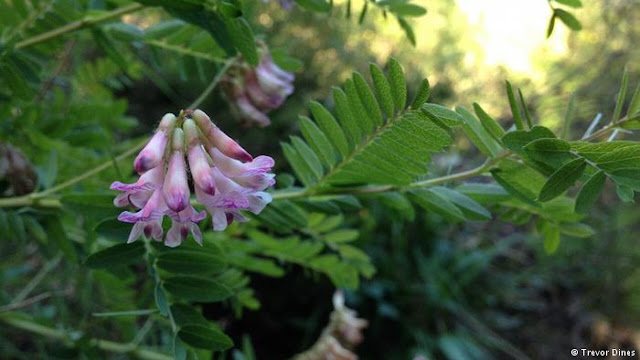 Wood bitter-vetch flowers were once more commonplace
In total, Britain's verges are home to 724 species of wild plants - over 50 percent of the UK's flora. But more than 12 percent, or 91, of these species are either threatened with extinction or heading in that direction. If ditches and hedgerows are included, the figure rises to 97 out of 809.
There are nearly half a million kilometers of rural road verge in the UK - equal to half of Britain's remaining flower-rich grasslands and meadows, according to Plantlife.
With more than 97 percent of ancient wildflower meadows destroyed since the 1930s, road verges are now a vital refuge for many bees, butterflies, bats, birds and bugs, says the charity. 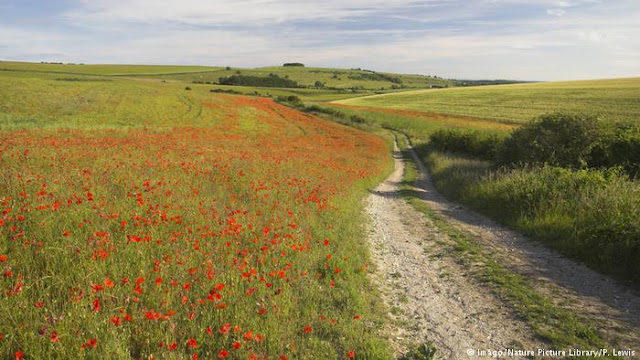 Threatened road verges aren't afforded any legal protection in the UK, apart from special exceptions
Under threat
Yet these strips of land are under siege, thanks to a combination of mismanagement and pollution. With nitrogen from vehicle exhausts landing directly on verges, fertilising the soil, delicate species which thrive on low-fertility soils are being pushed aside by larger, more nutrient-demanding species.
Embattled road verges are not given any legal protection in the UK, apart from special exceptions, and the way they are managed is entirely down to their owners and the authorities charged with their upkeep.
Many local councils are now cutting their verges earlier in spring. This means only plants that flower early have a chance to set seed before the mower strikes, and others struggle to survive under the thick thatch of mowings left behind. This is erasing summer-flowering plants from British verges and changing British roadside flora "beyond all recognition in a lifetime", said Plantlife.
Even endangered plants on verges which are classified as nature reserves have been mown or cleared, according to the charity.
For the last remaining native fen ragwort plant, rubbish dumped close to a burger van has been threatening its existence.
Drainage of many fenland sites led to its demise, and today the final native site is an unprepossessing roadside drainage ditch where the single remaining plant grows.
Despite the ditch's designation as a Road Verge Nature Reserve, the critically-endangered plant is still often buried under plastic cups from the nearby burger van, and has survived at least one burning car landing on top of it. 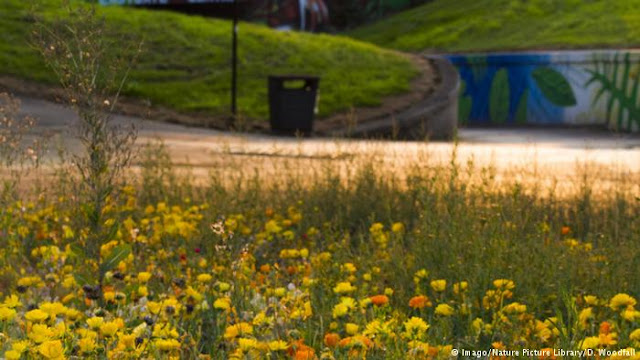 Road verges are now a vital refuge for many bees
Back from the brink
Plantlife is calling for these road verges, the last bastions for some wildflowers and plants, to be better managed, while also remaining safe for motorists, to help preserve a rich variety of flowering plants and coax them back from near extinction.
Almost 20,000 people have signed Plantlife's petition calling for councils to improve the management of their verges for wildflowers.
Dr. Trevor Dines, Plantlife's botanical specialist, said: "For too long road verges have been thought of as dull, inconsequential places that flash by in the wing mirror. But these findings underline just how fundamental verges are to the health of wildflowers and the wildlife they support.
"Sadly road verges, have been woefully disregarded for decades and are increasingly poorly managed for nature. Some exceptionally rare plants including fen ragwort and wood calamint are only hanging on thanks to the existence of some remaining well-managed verges.
"But we must not get complacent - only genuine management for nature will safeguard these and other plants from extinction." 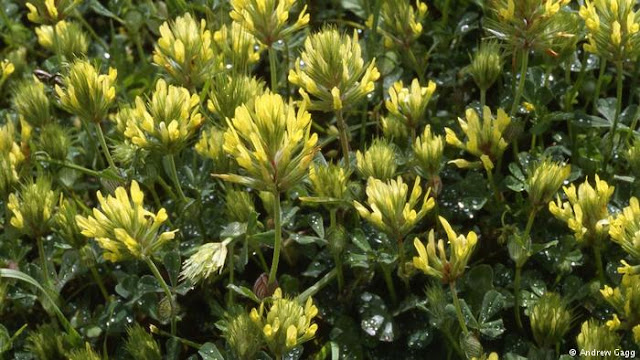 Ploughing of pasture for arable cropping pushed sulphur clover onto narrow strips of grassland
Turning to the social and cultural benefits, Dines said that for many drivers, the verge is their only daily contact with nature.
He told DW: "For many of the 23 million people that commute by road each day, the verge is little more than green concrete, largely devoid of the color of wildflowers.
"Thousands of people pass some of our rarest plants without realizing they're there . But once people "tune in" to the flowers that do remain - oxeye daisies, buttercups and cuckooflower - they really do start to notice the richness that's there. And if they appreciate it, they value it."

Scientists in Berlin are investigating how roadside plants function as air filters in big cities. (01.08.2013)

The UK's bee population is in rapid decline, and the consequences could be disastrous. Plans for a series of bee highways filled with grassland and wild flowers could be just what's needed to reverse that trend. (24.04.2014)