It seems as if independent candidates are making a bit of a splash:
Futures Forum: Flatpack democracy: the new English political revolt

With this reminder from earlier today - from Frome: 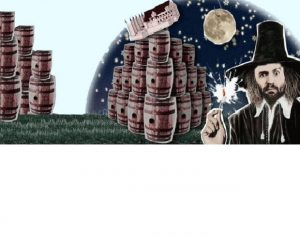 I once bicycled to a room with a projector, computer and screen to show a film that had been quite widely advertised by Sustainable Frome.  One person turned up.  She was really keen to watch it so we did…. she went on to be a key member of the group and I’m really glad I hung on in there.
I have something of the same feeling this week as relatively few ordinary individuals, who have decided enough is enough and are standing as local councillors in tomorrow’s elections, have been in touch.  In Sutton Coldfield– Britain’s newest and largest Parish Council – Independents are contesting every seat; in Winchester City there is a solid core in the City itself.  InUttlesford and Wivenhoe there are different ways of doing things, but the same basic message that while Localism and Party Politics are patently failing to provide at community level, there are people prepared to give a bit of time to change things.  There are others – and plenty I am not in touch with of course – and as we know “Never doubt that a small group of thoughtful, committed, citizens can change the world. Indeed, it is the only thing that ever has.” (Margaret Meade).
John Harris perfectly captures the essence of what motivates this very British ‘revolution’ in his third Anywhere but Westminster film: it’s a mix of frustration, anger and the recognition that change is possible.  Those that are elected may well find themselves one of a few independents in a council firmly stuck in the dark ages, which can be a depressing place – Independents for Frome have had the luxury of majority rule.  My hope is that enough independents will be able to persuade enough of the old guard to enter the 21st century and that starts to inspire more capable people to join them in engaging with this crucial lowest level of our democracy
AnywhereButWestminster - Flatpack Democracy

There will be no local elections tomorrow in East Devon, but the regional meeting of independents last month brought together players beyond the county:
Futures Forum: East Devon Alliance conference >>> Saturday 23rd April
“Planning and the Local Enterprise Partnership” | East Devon Watch
YourKidsFutureCornwall


This comment from yesterday's Telegraph looks at the phenomenon of the independent:


Will the grip of the two-party system ever be broken?

Underdogs can still triumph in sport, as Leicester City has demonstrated in winning the Premier League. In politics, however, the underdog rarely barks.

The old order, while creaking at the seams, is still powerful. Winning a seat in Parliament or any public office without the backing of one of the big political parties is hard. It is a long time since the House of Commons had more than the odd independent sitting on the green benches. Most independent MPs have fallen out with existing parties, like Sylvia Hermon, who was in the Ulster Unionists, or Dick Taverne, who resigned from the Labour Party in protest at its leftward drift and won Lincoln at a by-election in 1973, only to lose the seat the following year.

“People are still desperately angry that their voice has not been heard. They feel that they have been treated much worse than people in other places.”
Dr Richard Taylor, independent MP for Wyre Forest

True independents are very unusual: Martin Bell, the former BBC journalist who defeated Neil Hamilton at Tatton on an anti-corruption platform in 1997, was the first since the Second World War. He stood down in 2001 but when he tried to get back in a different seat, even his reputation as a white-suited champion of probity failed to dislodge the Conservative incumbent Eric Pickles in Ongar. Dr Richard Taylor, who was returned twice as Independent MP for Wyre Forest on the issue of plans to close the local hospital, eventually lost out to the Tories in 2010.

Dr Richard Taylor on the campaign trail in Kidderminster in 2005 CREDIT: DAVID BURGES

Even if the two mainstream political parties are in decline – with membership far down from historic highs and just two-thirds of voters backing them in 2015 compared with more than 90 per cent half a century ago – they retain a firm grip on the levers of power. This is true even at the local level, where opportunities for independent candidates are supposedly more promising. In Thursday's contests in England, Conservatives will be defending control of 52 per cent of councils and Labour 29 per cent. Independents and smaller parties run less than 2 per cent of the total.

One area of public life that should be free of party political involvement is the election of Police and Crime Commissioners (PCCs). When these posts were first mooted by the Tories in opposition the idea was that they should be filled by non-partisan candidates; but it didn’t quite turn out that way. At the first set of elections in England and Wales four years ago,

“I am just a normal guy off the street, listening to the views of the public and I am the voice of the public. I haven't got a big party backing me and I have been using the monkey to promote myself”
Stuart Drummond, mayor of Hartlepool

16 Conservative PCCs were elected and 13 from Labour. There were, however, 12 Independents, including eight former police officers, a senior barrister and an ex-pilot. How many of these will be returned this time is anyone’s guess. The Conservatives and Labour are putting up candidates in every area and three independents are not seeking re-election, so there could well be fewer than before.

The concept of city mayors was another idea that many hoped would be free of party political machinations; and for a while this was the case. When Hartlepool decided to have an executive mayor in response to the Blair government’s effort to push the idea, Stuart Drummond, the mascot to the local football team, won the contest as an independent. He held the post from 2002 until 2013, when the office was abolished after local people decided in a referendum that they didn’t want a mayor after all.

Ray Mallon was independent mayor of Middlesbrough for three terms until he stood down last year and Labour took the post. George Ferguson, the independent mayor of Bristol – the only one of 10 cities that opted to switch to the system in 2012 – is fighting a fierce battle against Labour who hope to win control tomorrow.

In short, independents have a hard time of it. If they get in they are inevitably at a disadvantage without the organisation and funds of the big party machines. Even the most famous independent winner, Ken Livingstone – who defeated Labour’s Frank Dobson after the party refused to nominate him as its candidate for London mayor – won a second term under party colours.

There is only one independent standing in tomorrow’s London contest – the Polish aristocrat Prince Zylinski, and he is unlikely to spring a Leicester City-style surprise. This is a shame: London should have a powerful, independent voice. Indeed, Boris Johnson, albeit a Conservative, sometimes gave the impression that he was in City Hall despite party backing rather than because of it. But as he pointed out on these pages on Monday, much of his time was spent ensuring that London got a good deal from central government, so it helped being in the same party. When all power is in the hands of the central state, the chances of independents getting anything done are slim.

But is change in the air? Next week, a new organisation called Campaign for a Free Parliament is to be launched, backed by £6 million put up by a group of businessmen. Its ambition is to break the party system by sponsoring independent candidates, chosen through primary competitions, who would each receive £10,000 to fund their campaigns. Their accountability would be directly to voters rather than party HQ.

Meanwhile, David Cameron’s former adviser Steve Hilton is also trying to shake up the established order by offering a digital platform that bypasses the main parties and the media. Crowdpac has been operating in America for about 18 months and describes itself as “the new politics”. Its aim is to “make it easier for citizens to learn about politicians, run for office, and to find and support political candidates that match their priorities and beliefs. We want to help end the stranglehold of big money donors and special interests on the political system.”

Is any of this really feasible? After all, political parties exist for a purpose: they offer a home for people with a similar ideological outlook – though, as is apparent in both major parties at the moment, not an identical one. Voters know when they put a cross next to a party candidate’s name roughly what they are getting. Moreover, if the Commons were full of independents, how would a government be formed and on what basis could it claim a mandate?

Yet there is deep popular disenchantment with mainstream politics so maybe we are entering the age of the outsider – look at Donald Trump in America. My hunch is that breaking down the old political order in this country is about as likely as Leicester City winning the Premier League next year. So you never know.

Will the grip of the two-party system ever be broken?
Is two-party politics on its way out? | East Devon Watch
.
.
.

Posted by Jeremy Woodward at 15:02