The Herald has a full report plus photos:

Cooks, choirs and cake-makers were among the hundreds of people who celebrated all things in, on and from the sea at the recent Sidmouth Sea Fest. 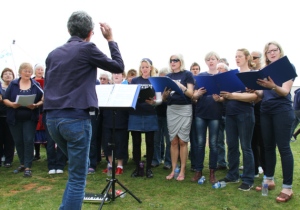 Now in its third year, the festival has ‘grown organically’ to involve diverse sections of the community. Without the European grant funding they benefited from last year, the organisers had to do things differently on the Ham.
The first step to creating a sense of community was setting all the stalls in a circle facing inwards, which got everyone chatting and sharing ideas. 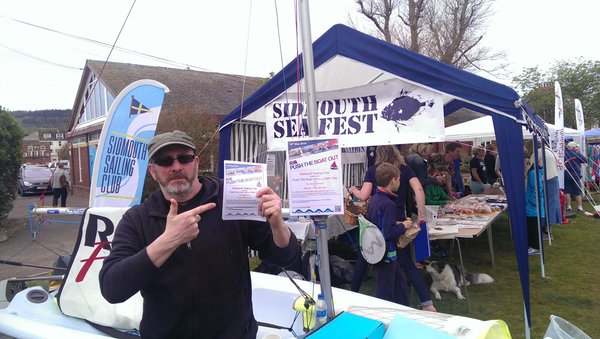 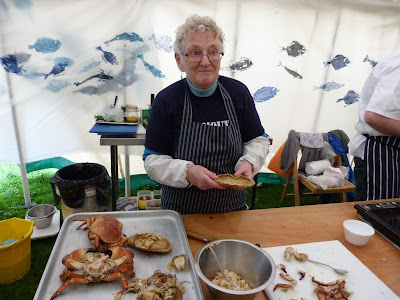 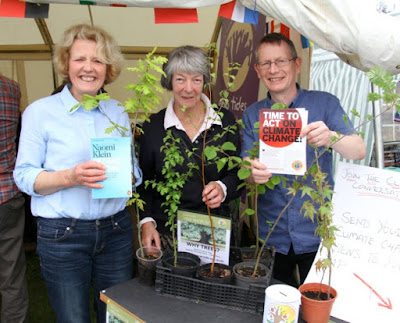 Louise Cole, one of the organisers with the Sidmouth Drill Hall Hub, said: “It was very busy all day long and there was lots going on. The overwhelming response was that there was a really great sense of community support.”
She estimates 750 to 1,000 people attended throughout the day, many of them encouraged outdoors by the sunshine – a big improvement on last year’s weather.
“This was our third year,” said Louise. “It’s grown organically. People keep asking, ‘what’s next?’. We want to improve our marketing and our ability to attract people from outside of Sidmouth – it’s a really valuable responsible tourism message.”
New additions included storyteller Janet Dowling, performances by the Sidmouth Steppers and a ‘cake off’ judged by Victoria Hotel head chef Stuart White.
The event also saw business owners dress their windows with a Sea Fest theme, and some 35 shops, hotels and cafés joined the sticker trail.
Louise said her highlight was hearing the ‘absolutely delightful’ Sidmouth Primary School choir sing, with children as young as five taking part. She added that it was fantastic to have such strong support from volunteers and the crowd really responded to that.