There has been a huge amount of concern and media attention around the disappearance of bees:
Futures Forum: Bees and lobbying over neonicotinoids >>> crunchtime: Wednesday 4th May
Futures Forum: Trees for Bees: a new project in the Sid Valley
Futures Forum: "Britain's wildlife is in an increasingly fragile state, putting food production in jeopardy"

A new study has been produced which tries to look at all the different factors at play:

Land use change, monocultures and the loss of habitat are all farming causes of pollinator decline but there are others too and it is difficult to clearly apportion blame. Attention is more often drawn to the damage of pesticides, specifically neonicotinoids, but there remains conflicting evidence on their impact with differences between what is happening in labs and what is happening in the fields. Evidence is growing that the impact of specific neonicotinoids can be attributed to certain scenarios, species and situations. Some combinations have no impact. There has been a 250% increase in autumn foliar insecticide sprays since the suspension of neonics – so the alternatives may be worse for pollinators.

This paper is taken from a blog by Tim Field, “Pollinators and Pesticides: A review of the evidence”, which is on the Agricology website: http://www.agricology.co.uk/pollinators-pesticides-review-evidence

Here is the original piece from Agricology:

POLLINATORS & PESTICIDES: A REVIEW OF THE EVIDENCE
18 May 2016 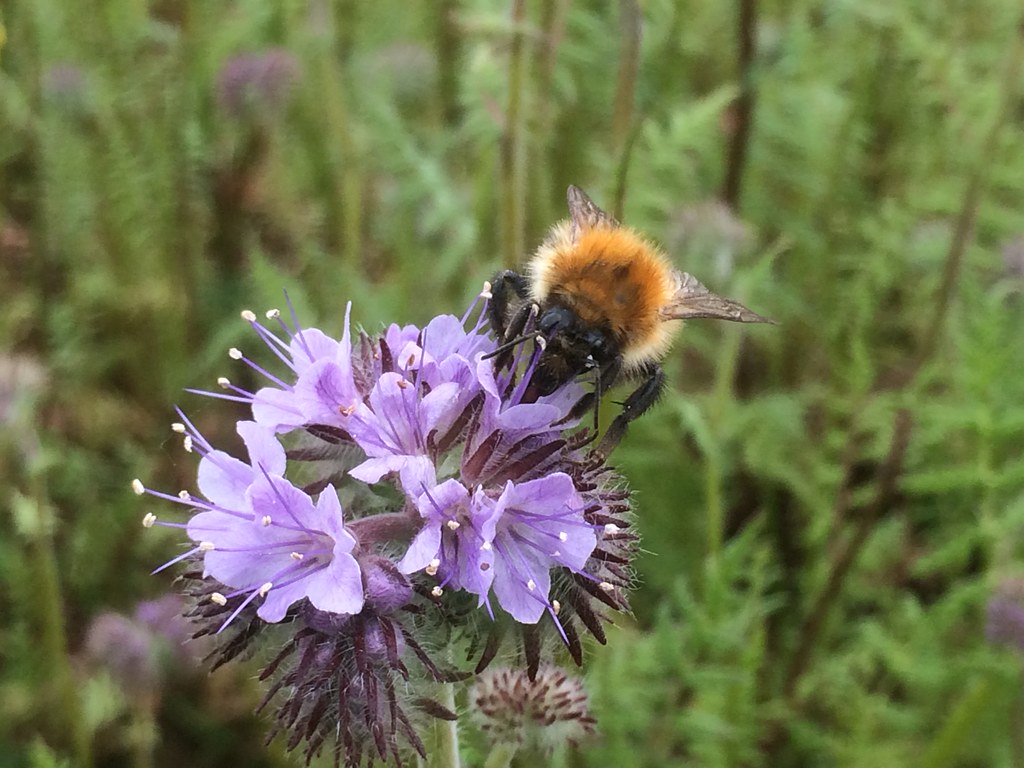 ©
Our greatest ecological service
What is the greatest ecological service provided in nature? Pollination must be up there, particularly for agriculture.  Yet there are multiple anthropogenic influences on pollinator success – and struggles – many of which are in the hands of farmers.
Land use change, monocultures and the loss of habitat are all partly attributable to pollinator decline. Conversely flower rich habitats, diversified cropping systems, organic farming, and initiatives like the B-lines Project and Operation Pollinator, are all good ways for productive agricultural systems to support pollinators. However attention is more often drawn to the damage of pesticides – specifically neonicotinoids – and rightly or wrongly this continues to grab the headlines.
Last week Dr Alastair Leake, Agricology Executive Board member, had the challenge of chairing a session presenting the latest research results on pollinators and pesticides by independent scientists from a range of institutions.  Representatives from the crop protection industry were also on hand to give their perspectives on behalf of the sector. A captivated audience contributed to a lively debate.
The impact of pesticides on pollinators
So what were the stand-out messages? Dr Lynn Dicks presented the first ever assessment of pollinators by the Intergovernmental Science-Policy Platform on Biodiversity and Ecosystem Services (IPBES). There remains conflicting evidence on the impact of neonicotinoids with differences between what is happening in the labs and what is happening in the fields.  Bees are actively selecting flowers with no seed treatment, and the impact of this behaviour is compounded where habitat is poor. Julian Little of Bayer Crop Science queried the relative importance of pesticide impact, versus other known causes of pollinator decline, and how difficult it is to identify individual causes due to the complexity of interactions.
Dr Penelope Whitehorn of Stirling University showed evidence from control trials of preferential foraging in apple trees. Results show that less pollen was harvested during fewer visits to flowers from trees with neonicotinoid treatments than those without. The resulting crop showed less successful pollination. The impairment of short term memory and rate of learning in bumblebees were cited as possible contributory factors.
However, Dr Whitehorn described Swedish field studies which have found that while neonicotinoids do impact on diversity, nesting success and reproduction in solitary and bumble bees, and bumble bee colony growth, there were no significant effects on honey bee colony strength.  Evidence is growing that the impact of specific neonicotinoids can be attributed to certain scenarios, species and situations. Some combinations have no impact.
Professor Dave Goulson from the University of Sussex presented his research findings, including the persistence of neonicotinoids in soil, waterways, and bioaccumulation in adjacent populations of wild flowers.  Neither Professor Goulson nor Dr Peter Campbell of Syngenta was able to explain why greater levels of neonicotinoid are measured in wild flowers than the applied levels in crops, and the possible pathways of transmission are even more unclear.  However it was again reinforced that different species (wild, crop or otherwise) appear to take up neonicotinoids at different rates.
Dr Peter Campbell responded to the presentations by demonstrating that correlation does not indicate causation. He showed that a reduction had occurred in the number of honey bee poisoning incidences over the last two decades since neonicotinoids were introduced.  Guy Gagen, representing the NFU stated that there had been a 250% increase in autumn foliar insecticide sprays since the suspension of neonics, so it is hard to say if the alternatives are worse, the same or better than those banned, and that there has been a 14% reduction in the area sown to oilseed rape.
The Chairman summed up by saying that we need to reduce agrichemical inputs (whatever they may be), test them rigorously, and most importantly work more closely with our beneficial ecology.

Pollinators & pesticides: A review of the evidence | Agricology
.
.
.
Posted by Jeremy Woodward at 14:53