On the River Otter: releasing beavers as part of the DWT's "groundbreaking project"

Internationally, the understanding of the usefulness of beavers to water systems is becoming better appreciated:
Futures Forum: Beaver Las Vegas >>> How can beavers prevent drought and floods?

With the DWT reporting on the latest activity:

Devon Wildlife Trust is the lead partner in England’s first licensed beaver re-introduction and monitoring project, on the river Otter in east Devon.

On Monday 23 May we released 2 new adult beavers into the river's catchment.
You can watch the story of this historic event unfold and hear about why the new beavers are so important to this groundbreaking project...

About the River Otter beavers

A population of beavers, of unknown origin, has been present on the river Otter since at least 2010. However, when video evidence emerged proving that the beavers had given birth to kits (young), the UK Government initially planned to have them removed from the river.

DWT opposed their removal and after consulting with the local community, landowners and public bodies, presented an alternative plan: to turn the situation into a five-year trial to monitor the beavers’ effects on the landscape.

The Express & Echo is carrying the story on its front page: 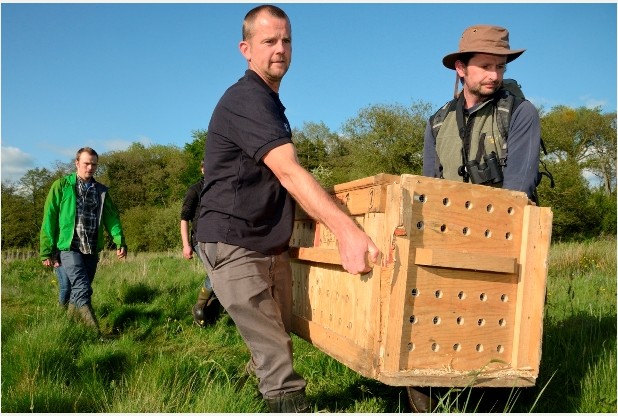 Beavers are carried to release site on the River OtterEngland's only breeding wild population of beavers has grown thanks to the release of two more animals at a secret location in East Devon.One adult female and one adult male beaver were released on Monday evening on private land close to the River Otter, it has been revealed.The release was sanctioned by Natural England and made by Devon Wildlife Trust as part of the River Otter Beaver Trial – a five-year project being led by the charity which is studying the impact of England’s only wild beaver population. 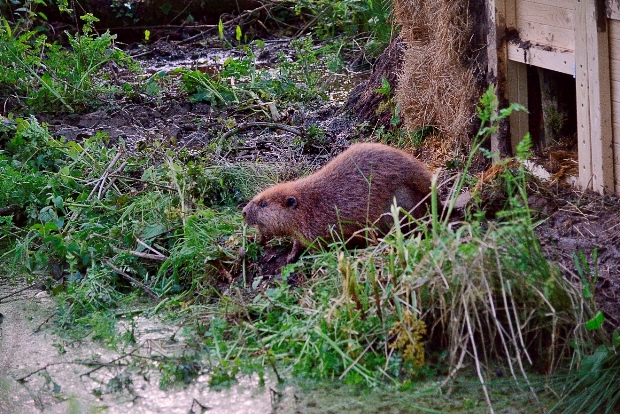 Devon Wildlife Trust’s Peter Burgess, who oversaw the operation, said: “There are already 12 beavers known to be living on the River Otter. Our DNA analysis has shown that these animals are closely related to one another.“The genetic diversity of the beavers needed to be increased to ensure that we have a healthy population. So this release was a crucial and exciting next step in the story of reintroducing this keystone species back to the wild, restoring our river catchments. We’re very happy with how it went.”Peter added: “This pair of beavers may move down river to mix and then breed with the existing population very soon, or they may decide to stay put, pair up and breed.“Then it will be their offspring which mix and mate with the other beavers. Either way the outcome will be the same; the genetic diversity of beavers living wild in East Devon will have been enriched. That is our goal.” 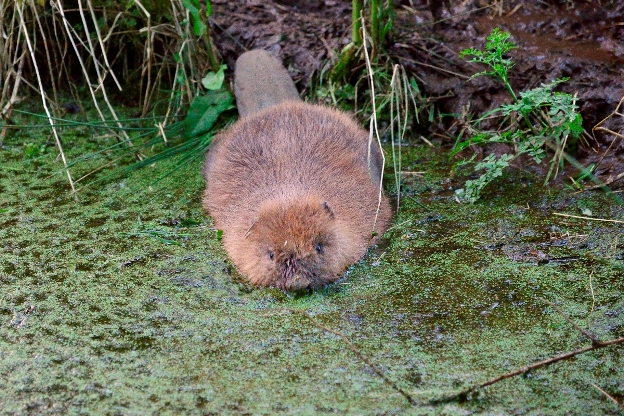 The female beaver of the pair was sourced from Devon Wildlife Trust’s own captive beaver trial near Okehampton. The three-year-old was described as being in ‘good health and ready to start a new family’ by Devon Wildlife Trust.The male is of a similar age and was sourced from a captive breeding programme based in Devon run by renowned beaver expert Derek Gow.Peter said: “This release site is the best we looked at. It’s quiet and undisturbed. The ponds are perfect, while they are just a stone’s throw from the river. I want to thank the landowner, a local family who have allowed us to use their land. Without their help this couldn’t have happened.“We’ve deliberately not revealed the exact location of the site because we want the beavers to be left undisturbed while they get used to their new surroundings.” 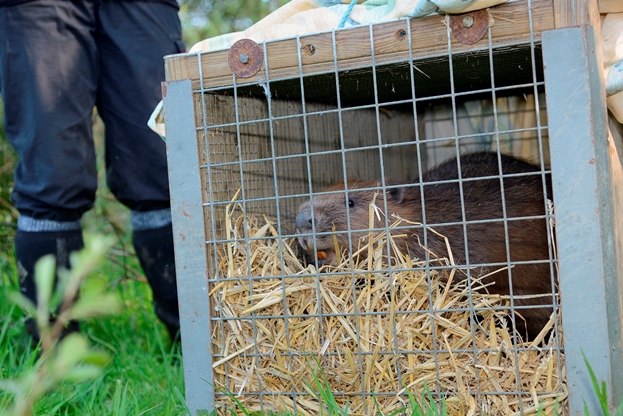 Devon Wildlife Trust plans to monitor the progress of the beavers over the coming weeks. Their new home has been equipped with cameras, allowing the charity to get vital insights into beaver behaviour.

Peter said: “We will have very privileged access to the secret world of beavers. These are animals that are active only in the evenings, at night and in the early mornings. They are also naturally shy and often difficult to see. The cameras will give us the chance to learn so much about how beavers behave and their impact on the local landscape – this is one of the main objectives of the River Otter Beaver Trial. It will be fascinating to see how this story develops.”

People can follow the progress of the beavers and see video footage of their release at devonwildlifetrust.org.

The River Otter Beaver Trial receives no government funding and it is estimated that it will cost the charity more than £500,000 over five years. People can help the project by donating to www.devonwildlifetrust.org/make-a-donation.