Brexit: and encouraging greater flows of migrants of working age into the country

Migration is an issue when it comes to population movements in the UK and into East Devon:
Futures Forum: The impact of migration: "More people move to East Devon than nearly anywhere else in the UK"

This has an effect on the 'balance' of the community:
Futures Forum: Maintaining a balanced community in Sidmouth

It doesn't appear to be as hot an issue, though, as population movements into the UK:
Futures Forum: The general election in the West Country: the issues >>> immigration

The Telegraph looks at the issues:

Unless drastic action is taken to boost skills and creativity, or to increase the number of young workers, then growth will struggle to pick up, according to new economic research published in the journal of the National Institute of Economic and Social Research.

“The share of young workers impacts the innovation process positively and, as a result, a change in the demographic profile that skews the distribution of the population to the right [older], leads to a decline in innovation activity,” said the paper, written by Yunus Aksoy, Henrique Basso and Ron Smith. 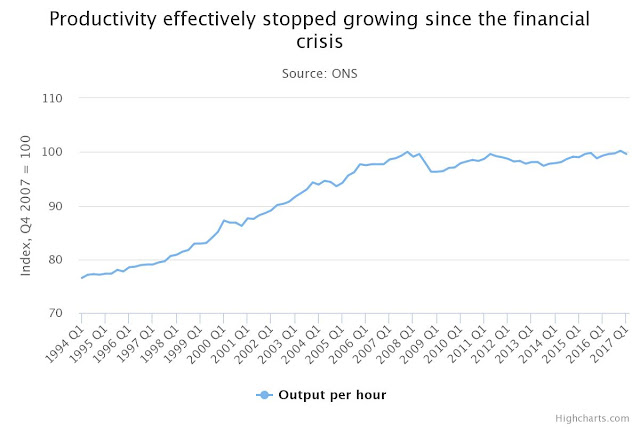 Combined with the impact on savings and investment, this has serious implications for GDP growth.

“If in 2015 the UK had the 1970 age structure, it would have added 0.68 percentage points to the long-run annual growth rate,” according to the paper, titled ‘Medium-run implications of changing demographic structures for the macro-economy’.

The steady aging of the population is also a factor driving interest rates down, the analysts believe.

“The innovative tendencies of the young tend to raise the marginal product of capital and the real interest rate,” the economists said.


“This effect was observed with the entry of the baby-boom generation into the workforce. Correspondingly as the population ages the adoption of new ideas slows and the marginal product of capital declines.”

Evidence for this includes the weak rate of investment in recent years.

The same problems are occurring across much of the rich world, as the economists looked at the demographics of the 35 countries in the Organisation for Economic Co-operation and Development (OECD). 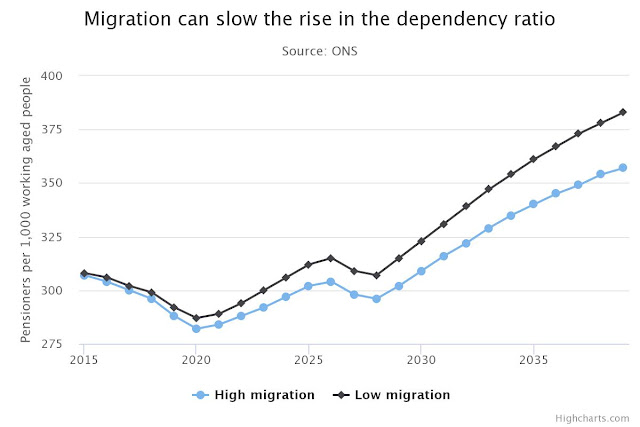 To avert a sustained slowdown they recommend that governments should look at ways to make the dwindling proportion of young people more productive.

“Unless there are drastic changes most OECD countries will need to devise new policies to foster medium-run economic growth in an environment with ageing population, perhaps by increasing investment in human capital,” the researchers believe.

Alternative options are also available, but some may be less politically palatable - for instance, encouraging greater flows of migrants of working age into the country.

“Demographics are not destiny and our conclusions assume that there will not be major changes in rates of immigration, labour force participation, fertility or longevity,” the economists said.

With thanks to:
Why “growth” is almost impossible in East Devon | East Devon Watch
.
.
.
Posted by Jeremy Woodward at 02:58