Selling police stations as "a great opportunity for investors": "Many were built to the very high standards in the Victorian or Edwardian eras. These kinds of buildings also tend to be in good locations."

It closed to the public in May 2011:
End of an era as Debs leaves Sidmouth police station - Latest Sidmouth and Ottery News - Sidmouth Herald

This has been part of plans to cut back costs:
Seaton police station reprieved - Breaking news & sport in East Devon | East Devon24

The building occupied by the police in Sidmouth is a fine Edwardian brick structure: 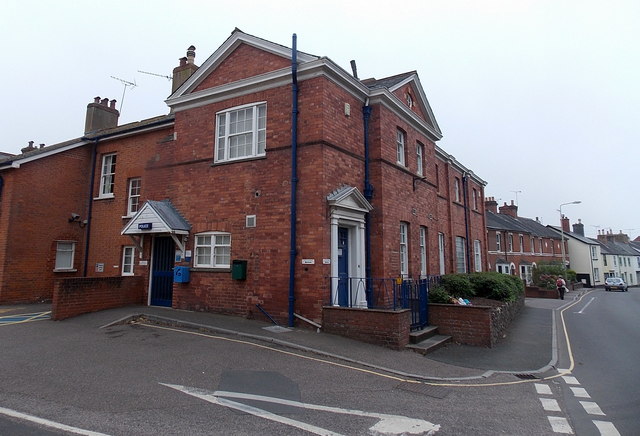 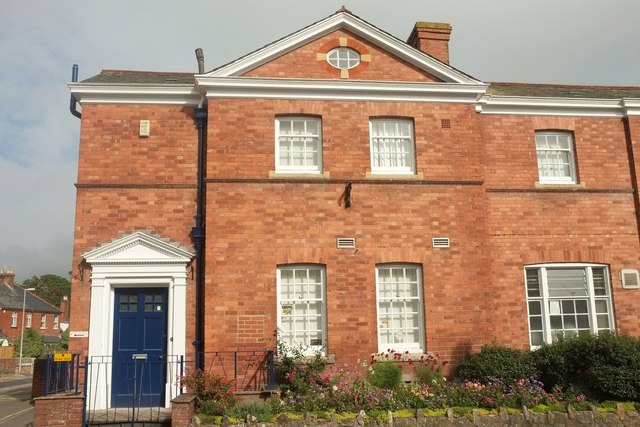 The architect was responsible for other projects in Devon:
Church of St George, George Nympton (C) Derek Harper :: Geograph Britain and Ireland

There is the question as to what extent this should be considered a 'community asset':

However, police stations seem to be very attractive assets to investors:

Over 300 sold and converted to flats and offices at great profit … many sold cheaply … Woodbridge in Suffolk sold for £1.1m expected to be worth £3.8m after conversion. Many bought at auction.

And here's the full piece from yesterday's Telegraph:

Hundreds of police stations sold off at great profit

Hundreds of former police stations have been sold off at bargain prices to property investors and converted into homes and offices at great profit. Forces across the country have offloaded more than 300 former police buildings since the start of 2013, raising at least £914m.

The buildings, some of which are Victorian, have been turned into family homes, flats, offices, care homes, independent schools, nurseries, restaurants and veterinary clinics.

Many of them have been sold cheaply, according to research obtained from Freedom of Information requests.

Those include the former Woodbridge station in Ipswich which was sold for £1.1m, but is expected to be worth £3.8m after it has been converted into a block of flats. Many of the properties have been bought at auction, while others have been acquired by investors on the open market.

“Non-standard buildings like former police stations could prove a great opportunity for investors. Many were built to the very high standards in the Victorian or Edwardian eras and, generally, the fabric of the buildings has been really well kept,” said Chris Baguley from Together, a specialist finance firm, which compiled the data.

“These kinds of buildings also tend to be in good locations, some close to major transport links and others attached to former court houses and in central areas of cities, towns and villages across the UK.”

In 2014, the Metropolitan Police sold its famous New Scotland Yard headquarters to the Abu Dhabi Financial Group for £370m, which was £120m more than the asking price.

Among the other buildings sold off was a Grade II-listed prison in Derbyshire, which was built in 1848. The property was on the market for £500,000 and has since been converted into a prison-themed family home which includes a jail door, barred windows and a gun room.

Hundreds of police stations sold off at great profit - Telegraph
.
.
.
Posted by Jeremy Woodward at 15:21