The Meaning of Trees @ Radio 3

An episode from series one:
BBC Radio 3 - The Essay, The Meaning of Trees, Horse Chestnut

The Meaning of Trees: Hawthorn 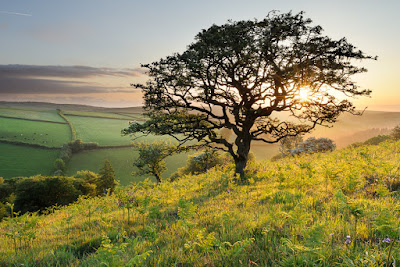 Fiona Stafford, Professor of Literature at Somerville College Oxford, explores the symbolism, importance, topicality and surprises of five trees common in the UK. In this second series, she explores our ambiguous relationship with trees.
The hawthorn is such a common sight in the British countryside that people hardly notice its presence - and yet this hardy tree, when cut and laid, is in many ways responsible for our very idea of the British countryside because of its usefulness for hedging. When much of Britain was enclosed in the eighteenth century, the new fields were marked by hawthorn tree hedges, shaping the landscape into the familiar patchwork of fields.

In spring, the hawthorn bursts into beautiful 'May' blossom, almost as if the hedge has been covered in creamy custard - a phenomenon which has inspired a massive range of painters and paintings.

One of the most famous thorn trees is at Glastonbury, and according to local legend the original grew when Joseph of Arimathea arrived in Britain, after the crucifixion, and his wooden staff was turned by a miracle into a living thorn that blossoms on Christmas day.

Hawthorn contains chemicals which are sedative, diuretic and anti-spasmodic - so it is an excellent natural regulator of arterial blood pressure, and is also proffered by herbalists as a treatment for heart diseases and as a heart stimulant.

Despite this, hawthorn throughout history has been seen as unlucky, with tales of woe being brought upon those who brought the blossoms into the house or displayed them. Add all this to it being frequently misrepresented as the crucifixion crown of thorns and one can see why this tree is such a divisive force.