Brexit: and the Singapore model

Where to go next? Scandinavia perhaps?
Futures Forum: Brexit: and the Norway model

Or the Far East?

Singapore is rightly heralded as a beacon of economic success and one of the freest economies in the world today, placing near the top of economic freedom indexes. Sizing up to only about two-thirds of New York City, the country is but a speck on the world map. Casually referred to as a “Little Red Dot”, this colloquial nickname for the prosperous city-state today is embraced by its own populace, despite its origins as a derogatory remark.

A look into the early development of Singapore unveils its steep and robust foundations in free trade.


The case of Singapore is strong evidence for how tightly economic prosperity is tied to a high degree of freedom to trade.
In 1971, when the British yanked their safety net out from under Singapore in a bid to cut their own spending, Singapore’s early government jolted into action. With a realistic understanding of their lack of natural resources and space limitations, the early leaders of post-independence Singapore embarked on a strong, export-led, market-oriented economic path.
To what does Singapore owe its success? To answer this question, it is necessary to look at Singapore’s earlier history - an area that has largely been neglected in mainstream discourse but extensively explored by historians. A look into the early development of Singapore unveils its steep and robust foundations in free trade.
So, how far back should one go? Why not back to 1819, when the British first stepped onto the shores of Singapore?

...
Singapore's Greatest Resources Are Location and Liberty - Foundation for Economic Education - Working for a free and prosperous world

For another view of history and what that means for us today:


The lesson of Singapore is not one Brexiteers want to hear 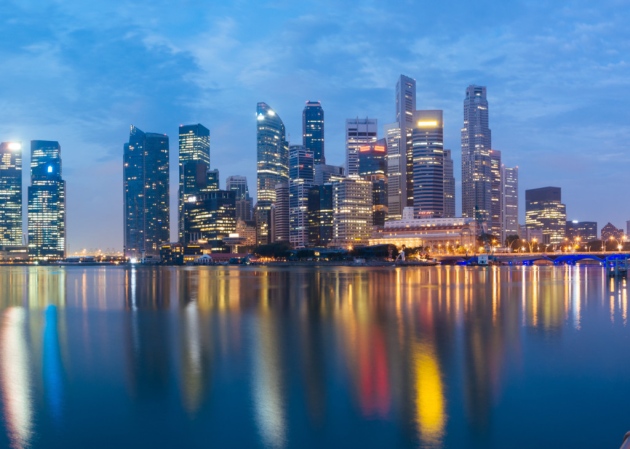 Long considered a lodestar of go-it-alone globalisation, Singapore now needs its neighbours more than ever

The lesson of Singapore is not one Brexiteers want to hear - Top Stories - The New European
.
.
.
Posted by Jeremy Woodward at 09:06