Why do we fall for the lies of our politicians?

'It is the duty of the citizen to ask questions of those in power' - but are we up to it?
Futures Forum: "Seeking truth in public life is the citizen’s responsibility"

'It is the duty of the journalist to ask questions of those in power' - but are they up to it?
The latest Observer asks:
Can you trust the mainstream media? | Media | The Guardian

It is also the job of local journalists to ask questions - with a new 'bureau' opened to help:
We've launched the Bureau Local — The Bureau of Investigative Journalism

It's actually about questioning the 'official line':
Futures Forum: Regeneration in East Devon: "It’s a pity that a small band of protesters seem to want to whip up opposition to our regeneration proposals by making frequently mischievous accusations."
Futures Forum: Knowle relocation project: "There is a greater risk in standing still"
Futures Forum: Plans for Port Royal: "We weren’t perfect in Exmouth and we have all learnt lessons from that"

But what are the reliable sources of local information to challenge the official line?

The View from Sidmouth has disappeared: we only have news from other parts of the District:
View News - East Devon, West Dorset & South Somerset

The digital version of the Express & Echo and Western Morning News can be critical:
Latest News, Sport & Events from around Devon | DevonLive.com

Although it has reduced its output:
Trinity Mirror reduces Exeter Express & Echo to weekly title as it launches new Western Morning News edition for the city – Press Gazette

Here is a piece from the publisher of the Sidmouth Herald:

The psychology of (Brexit) lies and why we fall for them 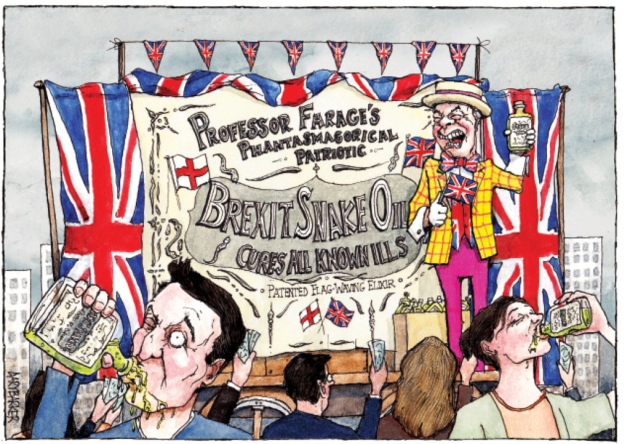 Lies, damn lies and Brexit: How fabrication – whatever the consequences – has become a viable political weapon and what the fallout might be

And for a little light relief:
REMAINIACS – The no-bullshit Brexit podcast
.
.
.
Posted by Jeremy Woodward at 01:00