Brexit: and struggling to recruit skilled labour in the food and drink industry

This is how the Guardian reported the story:

The food and drink industry has issued a warning of significant disruption and economic damage if the government fails to stem the flow of EU nationals leaving the UK.
Nearly a third of British food and drink businesses have had non-UK EU workers leave their employment since last summer’s Brexit vote, according to a survey of more than 600 businesses representing nearly a quarter of the food chain’s 4 million workforce. Almost half said more planned to leave because of uncertainty about their future.
Retailers, farmers, food processors, pubs and restaurateurs have clubbed together to lobby the government to avoid a “cliff-edge” Brexit, which they said would affect their ability to grow, produce and serve the food we eat. 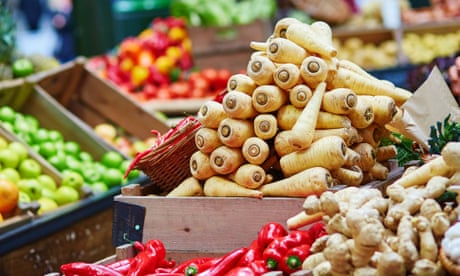 
Read more
The prime minister, Theresa May, has offered EU nationals who arrive lawfully before Brexit the chance to build up the same rights to work as UK citizens. But her proposal fell short of the EU’s demand for its citizens living in the UK to maintain all EU rights in perpetuity.
The Home Office said initial proposals for a new immigration system would be released this autumn. A government spokesperson added: “We have already been clear there will be an implementation period after we leave the EU to avoid a cliff edge for businesses.”
About a fifth of the 2 million EU nationals working in the UK are involved in the food industry – either in farming, food processing, retailing or catering.
Ian Wright, director general of the Food and Drink Federation, which represents more than 6,000 processors and manufacturers, said: “It is only a matter of time before the uncertainty reported by businesses results in an irreversible exit of EU workers from these shores. This is a scenario that will hurt the UK culturally and economically.”
Andrew Opie, director of food and sustainability at the British Retail Consortium, which represents most major British retailers, said: “An abrupt reduction in the number of EU workers eligible to work in the UK after Brexit would result in significant disruption for the entire food supply chain, with consequences for the availability and price of UK goods for consumers.

“EU workers are key to getting British food on our shelves; from producing food, through transport to colleagues in store they are vital in providing the service and quality British consumers demand.”
He said EU workers needed more clarity about their status once the UK leaves the European Union.
The latest warnings from the food industry came as British businesses faced their biggest challenge in recruiting skilled labour in a decade. High employment has combined with a fall in the value of the pound and uncertainty about the future for EU nationals in the UK to reduce the pool of available staff.
A net balance of 52% of 1,500 UK companies questioned in May said they had experienced difficulty in recruiting skilled labour over the past six months, compared with 31% in January, according to the predominantly small- and medium-sized businesses surveyed for Lloyds bank’s regular Business in Britain report.
The National Farmers’ Union has also said the number of seasonal workers coming to the UK this year had dropped by 17%. It blamed the lack of clarity on the future for EU workers and a drop in the value of sterling.