Plans for Port Royal: 'Alternative ideas as to how the Port Royal area of Sidmouth could be redeveloped'

Part of the point of the meeting this week on Port Royal
Futures Forum: Plans for Port Royal: public meeting Weds 23rd August >>> the fallout

... was to stimulate debate about the 'alternatives':
Futures Forum: Plans for Port Royal: an alternative view: a new campaign: an online petition > The '3Rs' vision to "retain, refurbish and reuse" > public meeting Wednesday 23rd August >>> invitation and alternative designs

The Herald's online piece today carries a set of 'proposals' from the 3Rs campaign:

Architect Alex Vick has created these designs of how Sidmouth Drill Hall could look. Sidmouth Herald 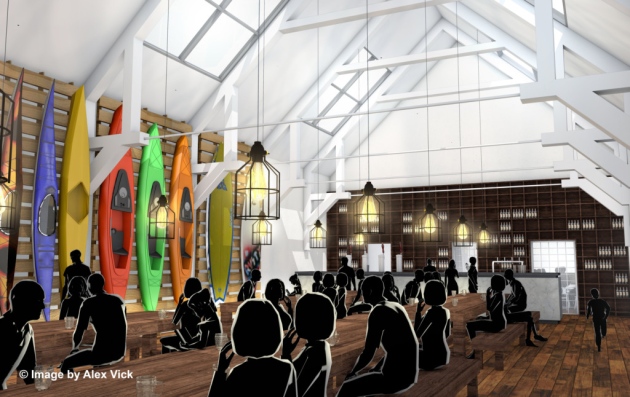 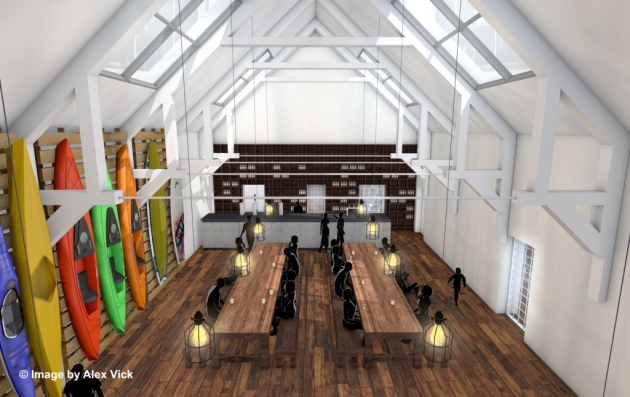 And from the Devon Live site:


Here's what Sidmouth seafront could end up looking like 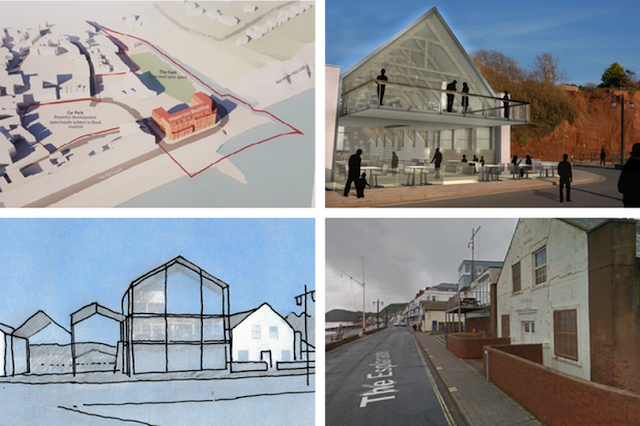 Campaigners have outlined pictures of an alternative vision as to how the Port Royal area of Sidmouth seafront could be redevelopment – and could be prepared to once again march through the streets.

Sidmouth Town and East Devon District Council carried out a scoping study earlier this summer as to how the area around Drill Hall and The Ham could be redeveloped.

The scoping study has attracted almost 250 thoughtful responses from Sidmouth people and our visitors regarding what they want to see at Port Roya, but a group of East Devon District Councillors have challenged the suggestion that the only apparent option for the redevelopment is the implementation of the Local Plan’s proposal for a large, multi-use building with 30 homes.

Instead they say that the existing buildings could be retained, refurbished and reused, and at a public meeting held on Wednesday, there was strength of opinion in the room that the Port Royal regeneration should be carefully conceived as a suitable legacy for the town.

East Devon District Council and Sidmouth Town Council though have said that the scoping study is about finding out what the town wants and have said the group putting their own idea forward first is disrespectful. 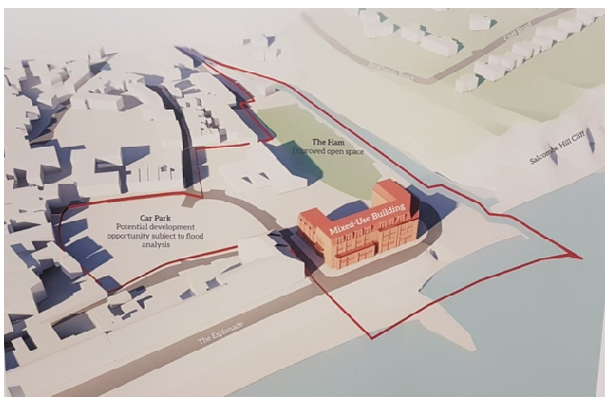 How the Port Roya area on Sidmouth could look as part of redevelopment plan
District councillors Cathy Gardner, Matt Booth, Marianne Rixson and Dawn Manley have put forward their plan to retain, refurbish and reuse the buildings.

Cllr Gardner told Devon Live that the feeling of those who packed out All Saints Church Hall on Wednesday night saw that the buildings should be retained rather than demolished.

She said that the councillors are now urging people to write to the town council and express their views on what they want to happen at Port Royal and eastern town.

She added that they are hosting a Grand Picnic on the Ham, this Sunday from 1 to 4pm, where people can share their thoughts and demonstrate what this area means to them and continue to sign their petition that already has 1,300 signatures.

Cllr Gardner said: “There is also a suggestion that there could be another mass march through Sidmouth about this such is the strength of feeling.” 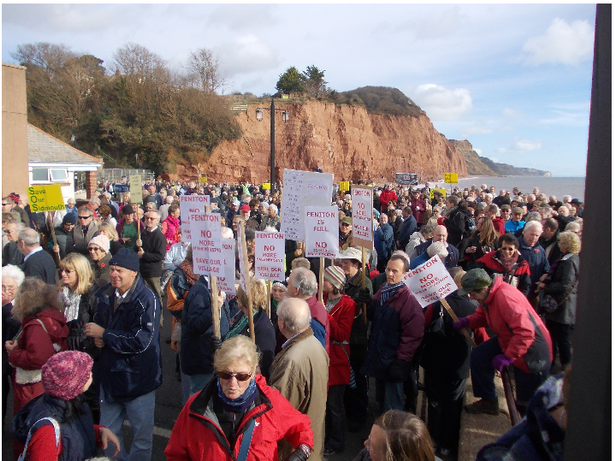 East Devon District Council will decide on future development for the Port Royal area of our seafront in October. This follows a scoping study done in conjunction with Sidmouth Town Council.

Alternative visions to what the council released as an option for how the Port Royal area of Sidmouth seafront could be redeveloped have been proposed.

Architect Alex Vick has created these designs of how Sidmouth Drill Hall could look, as has Graham Cooper. Their ideas can be seen below. 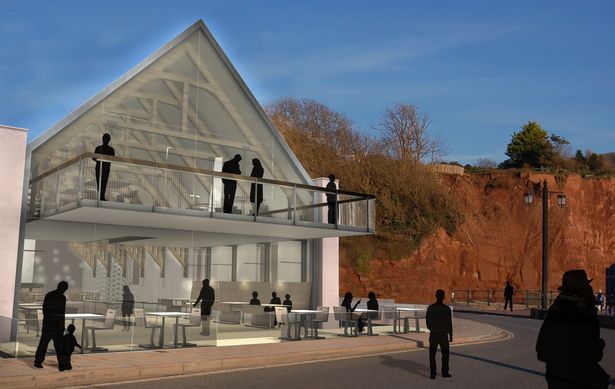 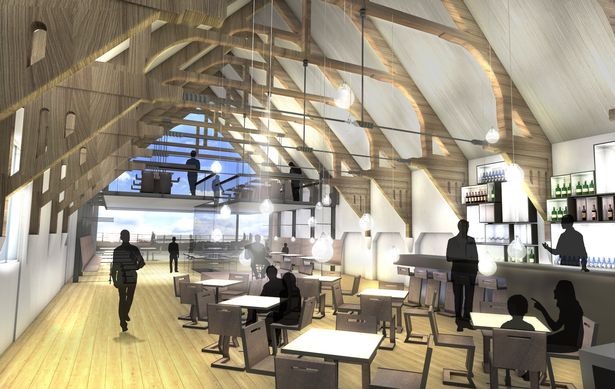 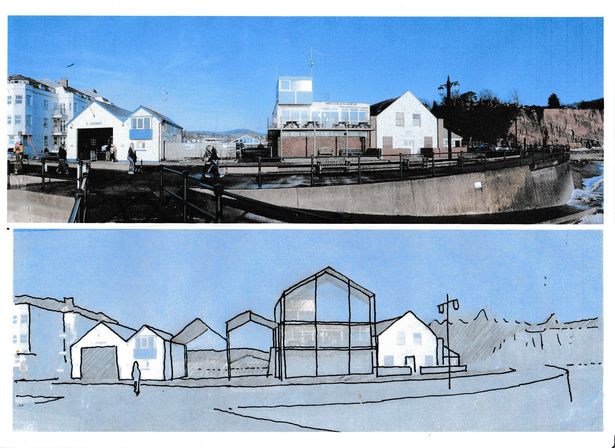 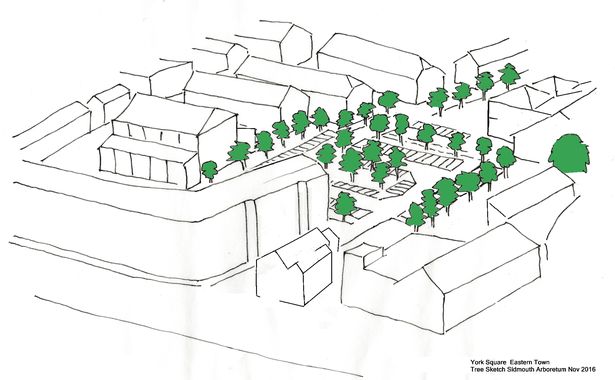 An East Devon District Council spokesman said: “The scoping study has attracted almost 250 thoughtful responses from Sidmouth people and our visitors regarding what they want to see at Port Royal.

“It is confusing therefore that one particular interest group, including some councillors, are putting their own ideas first when the town and district council are trying to find out what the town thinks. We should respect the time and effort that respondents have made to reply to the consultation. That is the Sidmouth way.

“Questions around land value, flooding and covenants are all pre-empting the Scoping Study being undertaken by an independent consultant which will help the two councils move forward in consultation with the community on the future of Port Royal. Stories of buildings on the Ham are scare mongering and particularly unhelpful. 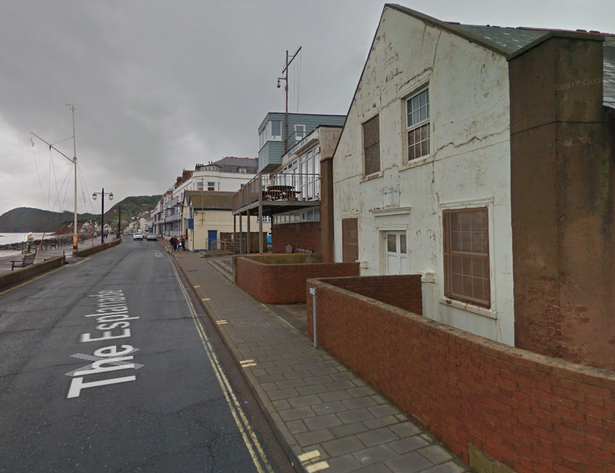 “Furthermore a few people putting forward their own designs for individual buildings at this stage is pre-empting the wider views of Sidmouth people that will be detailed in the forthcoming scoping study report.

“Both councils retain an entirely open mind with regard to Port Royal and already have the responses to the consultation together with the 1863 from the Neighbourhood plan which will be used to help inform them of the public's ideas.”


Here's what Sidmouth seafront could end up looking like - Devon Live
.
.
.
Posted by Jeremy Woodward at 15:24

Hi there, I really like your blog! By the way, what is your opinion of the necessarity of having an erp system while running a small business? I was considering microsoft dynamics as my main option, but I'm still not sure.