Nature is adapting to climate change.

How nature is fighting back against climate change 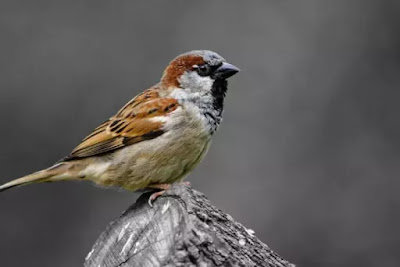 The house sparrow, which Chris Thomas, says followed the spread of urban life from the Middle East millennia ago. Picture by Kevin Phillips.

Our climate is changing, but what if the effects on the world’s plants and animals won’t be as bad as we think? Mark Piesing meets environmentalist Chris D Thomas.

How nature is fighting back against climate change - Yorkshire Post

And this is from the Guardian:

Chris D Thomas: 'We can take a much more optimistic view of conservation'

African rhinos in the Mediterreanean, French butterflies in southern England... the biologist on how dynamic ecology offers hope in a changing world 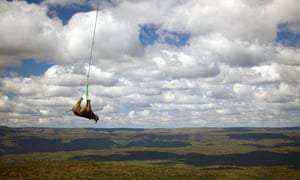 Off to the Med? … a rhino getting airlifted in South Africa. Photograph: Green Renaissance/Barcroft Media


After a lifetime out in the field, measuring the egg-laying preferences of Californian butterflies or counting plant species living in and around Birmingham, ecologist Chris D Thomas is no typical debut author. But like so many writers, his first book, Inheritors of the Earth, has been germinating for some time.

The seeds were sown in the early 2000s: Thomas was researching ways of saving animals and plants threatened by climate change, when he began to focus on the inconsistencies in attitudes to the ebb and flow of nature. “When things died out or declined it was seen as a loss,” he says, “but when new things arrived it was either ignored or also counted effectively as a loss, because it was seen as a departure from how things used to be. Implicitly, people were thinking that there was a way the world should be.”

We tend to think of the natural world in terms of our lifetimes, or the lifetimes of our parents and grandparents. But if you consider the environment over timescales of hundreds, thousands, or hundreds of thousands of years, it is impossible to avoid the fact that it is always changing. As an example, during the last 20,000 years – which in the history of life is no time at all – the environment in the Vale of York has been turned repeatedly on its head. Lake species were replaced by those of dune, steppe and wetland; these in turn were supplanted by forest species, later usurped by those currently living in the hay pasture outside Thomas’s Yorkshire home. “Every process in ecology, every process in evolution, is a dynamic one, and therefore imagining that nature is a static old master that needs to be restored to a particular state is just not a reasonable way of looking at the processes of life,” he says. 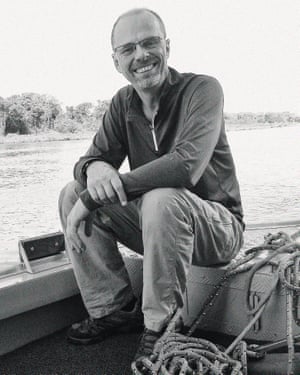 Casting aside this familiar way of thinking about the natural world does present a real problem, Thomas admits, because keeping nature as it was in the recent past is an easy goal to define and agree. “The only problem is that – particularly in the context of rapidly changing climate and land use and all the other things we’re doing to the world – it’s all very well wishing it, but we’re not going to achieve it.”

Instead of focusing on preserving past ecosystems, Thomas says, we should concentrate on preserving biodiversity, so that living things can respond flexibly to future challenges. “Nothing that I’m saying lets us off the hook in terms of maintaining the biodiversity that we currently have, but if we accept that it’s a dynamic system rather than a static one … if we are prepared to accept biological gains as much as we regret losses, then we can take a much more optimistic view [of] conservation,” he says.

As the climate shifts, Thomas argues, we must allow animals and plants to shift as well. In some cases, this means transporting species away from places where they can no longer thrive and giving them a chance to survive elsewhere. This kind of intervention runs counter to rules and regulations designed to prevent invasive species, but Thomas says that while some species can cause trouble for human beings, when you look at other organisms, “most of them don’t end up causing much of a problem”.

“As far as we know, no native British species has completely died out from the whole of Britain as a consequence of those arrivals. If we take a national perspective, it’s 2,000 plus, zero minus … The chances of a new arrival causing an extinction is a very, very small fraction of 1%. At the moment in the UK, empirically it’s zero,” he says. “So it seems that the risk of causing a problematic invasive species that would eliminate one of the existing species is lower than the chances of the thing dying out if you don’t move it.”

Human beings have made huge changes to the natural world, Thomas admits, and some of those changes have had catastrophic effects on individual species. Think of New Zealand’s takahē, a heavy, flightless bird that evolved on an island where there were few predators, and which is currently struggling under the relentless assault from rats and stoats. Nearly all of these are situations occur where the new species that arrives is functionally quite different, Thomas suggests, where there’s a small part of the world – a remote island, or an isolated lake – with a missing piece of the ecological jigsaw. But when you look at those changes on a wider scale and examine their effect on the variety of living things, the picture improves. “It appears to be empirically true that, over the last couple of hundred years, those parts of the world that we know about as regions have increased numbers of species,” he says.

The author conjures up a future in which African black rhinos find refuge in Mediterranean shrubland, or butterflies from Provence can survive on grasslands in southern England, a world where wingnut trees, currently threatened in the Caucasian mountains, can flourish in British gardens. As soon as you discard the fiction that life on Earth can return to some prelapsarian idyll, conservationists have much more flexibility to protect species in new places, to form new combinations of habitats.

Making the case for managed change in a political climate where business speaks louder than the natural world holds some dangers, as Thomas acknowledges, but trying to prevent all change just isn’t working. “Ultimately, we have to accept the rate of change and understand how we are going to work with it, because if we try to fight all change then, on timescales of decades, we’re not going to succeed. There’s no point, for the sake of political convenience, in continuing to steer our ship in a way that simply isn’t viable.”

Whatever solutions we come up with, he is adamant that they can’t ignore the needs of the species which now – for better or worse – controls the fate of the planet. People can only look after the environment when they don’t have to worry about their own day-to-day survival. “Call me a dreamer,” he says, “but if we’re interested in the natural world, then we need a healthy and well-fed world population.”

Inheritors of the Earth is published by Allen Lane at £20 and is available from the Guardian Bookshop for £17 (including free UK p&p).

Scientist Chris D Thomas: 'We can take a much more optimistic view of conservation' | Books | The Guardian
.
.
.
Posted by Jeremy Woodward at 02:57