Climate change: "We know that 2016 was the warmest on record, over a degree warmer than late 19th Century levels, so this claim that there's been cooling is simply not true"

The former Chancellor Nigel Lawson heads a body which describes itself as "open-minded on the contested science of global warming":
Futures Forum: The Global Warming Policy Foundation

However, the science is unequivocal - in that 2016 has been recorded as (and not 'believed to be') the hottest year yet:
Futures Forum: Climate change: "unprecedented temperature levels mean more heatwaves, flooding, wildfires and hurricanes"

However, in the UK and the US we are living in a post-fact world - especially when it comes to climate change:
Futures Forum: Brexit: and Clexit: or the links between Eurosceptics and climate change sceptics

There was 'debate' on yesterday's Today programme: 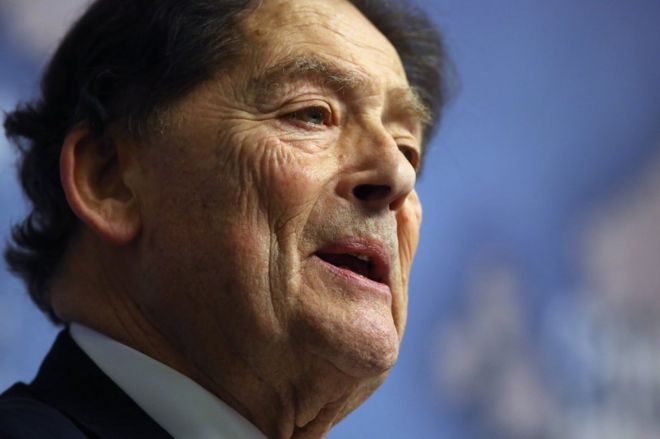 Scientists have responded furiously to claims about climate change made in a live BBC radio interview.
Experts told BBC News that the assertions made by former Chancellor Nigel Lawson on Radio 4's Today programme were simply untrue. Lord Lawson had claimed that global temperatures had "slightly declined" over the past 10 years. However, scientists working in the field said the records showed the complete opposite to be the case.
BBC Radio 4's Today programme defended its decision to interview Lord Lawson on Thursday morning in a segment on climate change. The BBC argued that it had a duty to inform listeners about all sides of a debate.
.
.
.
During the interview, Lord Lawson said that "official figures" showed that "during this past 10 years, if anything... average world temperature has slightly declined".

But speaking in a follow-up discussion on Friday morning, Dr Peter Stott from the UK Met Office said the former Chancellor had got the facts wrong. "We know that 2016 was the warmest on record, over a degree warmer than late 19th Century levels, so this claim that we heard from Nigel Lawson that there's been cooling is simply not true," he told the BBC.
His view was echoed by Prof Richard Betts from the University of Exeter. "The official figures do not show that the global mean temperature 'has slightly declined'. In fact, they show the opposite - global mean temperature has increased during the past 10 years," he said in a statement.
"The last three years were warmer than the previous seven, and indeed were the warmest on record, and this year is also shaping up to be nearly as warm (probably not quite as warm as last year since the influence of the El Nino has passed, but still a very warm year)."

On Thursday, the US National Oceanic and Atmospheric Administration released its 2016 State of the Climate report, stating that the year was the warmest in 137 years of record keeping. All over the planet, the peer reviewed study found strong evidence of ongoing warming linked to human activities. Levels of carbon dioxide in the atmosphere hit new highs, as did global sea levels, while at both poles the extent of sea-ice hit new lows.
Lord Lawson, who was energy secretary in Margaret Thatcher's government before becoming chancellor, now chairs the Global Warming Policy Foundation, a think-tank that describes itself as "open-minded on the contested science of global warming".

He was taking part in a segment following an interview with former US Vice President Al Gore, who was promoting the sequel to his hit documentary An Inconvenient Truth, which made the case for tackling climate change caused by the burning of fossil fuels such as coal and oil.
On the programme, Mr Gore made the economic case for renewable energy and said that "climate-related extreme weather events have grown far more numerous and far more destructive" in the 10 years since the first film.
It was suggested to the former Democratic presidential contender that he was going further than the scientific consensus but he said researchers around the world were "virtually unanimous on this and have been for decades", adding that "record downpours" in the UK were a result of climate change.
Lord Lawson was asked why he thought Mr Gore was, in his words, "talking complete nonsense". The former cabinet minister said that "all the experts say there hasn't been" an increase in extreme weather events, citing the Intergovernmental Panel on Climate Change (IPCC).
But speaking on Friday morning, Dr Stott said Lord Lawson was wrong about the IPCC as well. 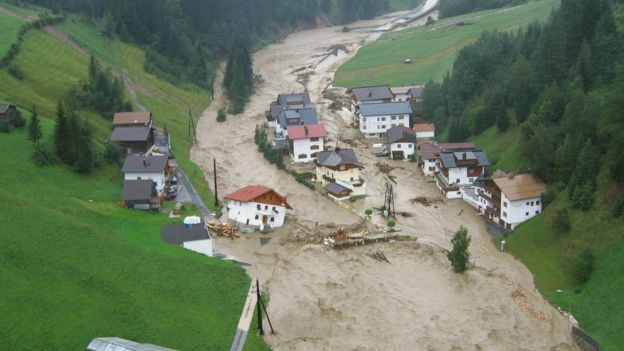 The panel had clearly indicated that there had been an increase in extreme events and that these increases were linked to human use of fossil fuels.
"If you take the global picture, the IPCC said very clearly that it is very likely that human influence has contributed to observed global-scale changes in the frequency and intensity of daily temperature extremes," he told the Today programme. "If you take the global picture and look at the global fingerprint - yes, you can attribute that."
Many scientists took to Twitter to express their dismay at the airing of what they say were false claims.
Physicist and BBC presenter Professor Brian Cox said it was "irresponsible and highly misleading to give the impression that there is a meaningful debate about the science".
Fellow physicist and broadcaster Jim al-Khalili tweeted: "For @BBCr4today to bring on Lord Lawson 'in the name of balance' on climate change is both ignorant and irresponsible. Shame on you." He added: "There should be NO debate anymore about climate change. We (the world minus Trump/Lawson et al) have moved on."
In a statement, the BBC said: "The BBC's role is to hear different views so listeners are informed about all sides of debate and we are required to ensure controversial subjects are treated with due impartiality."