Brexit: and food security: "A Food Brexit: time to get real"

What about the future of our food following Brexit?
Futures Forum: Brexit: and food security

Whilst the Telegraph is warning against over-reacting:
Our politicians would be to blame for a post-Brexit food price fiasco - Telegraph
Here's how we could see lower food prices after Brexit - Telegraph

Headlines this week are rather alarming:
Food prices to jump a fifth after Brexit, experts warn | News | The Times & The Sunday Times
Brexit Risks Hurting U.K. Food Security and Farming, Study Says | Agweb.com
Brexit could cause food disruption 'unprecedented for an advanced economy outside of wartime' - Yahoo
UK 'sleepwalking' into food insecurity after Brexit, academics say | Politics | The Guardian
There's an 'awesome' reality awaiting Britain after Brexit, but it involves a major catch - The Canary

Here is the report:
A Food Brexit: time to get real - A Brexit Briefing

And here is the Independent:

Brexit could cause “chaos” for the UK’s food supplies as prices increase, safety standards are lowered, and availability weakens, leading academics have warned.
“The risk is that food security in the UK will be seriously undermined [by Brexit], as supplies narrow … and prices fluctuate and/or rise,” a report from food experts published on Monday said.
They predict that the most vulnerable people in society, including those already using food banks, will be worst affected. 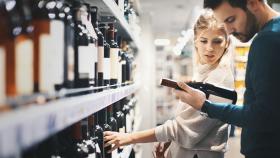 Professor Erik Millstone of Sussex University, professor Tim Lang of City University and professor Terry Marsden of Cardiff University, who wrote the report, say that despite this grave threat the Government has so far provided no detail on its plans for agriculture or fisheries after Brexit and that there has been “total silence” on what will happen to the rest of the food supply chain.
Professor Lang accused the Government of a “serious policy failing on an unprecedented scale” for its handling of the situation.
A third of the UK’s food supply comes from the EU and British food production is heavily reliant on migrant labour, according to the report.
The professors cite research by the British Retail Consortium that estimates food prices will jump 22 per cent in the UK as a result of Brexit.

“Food Brexit”, they say, is of “unprecedented importance” and is happening at a time when the country’s food system is already vulnerable and increasingly reliant on imports.
Brexit risks disrupting the sources, prices and quality of the UK’s food and there is solid evidence that leaving the EU will create a “vast policy vacuum”, the professors warn. They say this could leave people more vulnerable to diet-related ill-health and that it could damage ecosystems if the UK agrees trade deals with countries with weak protections in place.


Are You Smart Enough To Ace This Basic Knowledge Quiz?Direct Expose

by Taboola
Sponsored Links
Professors Millstone, Lang and Marsden say their report is a wake-up call to the public and a Government that has little experience of food negotiations and has failed to warn consumers of the disruptions ahead.
Even a “soft” departure from the EU, in which the UK will remain in the single market or customs union, could badly affect the food and farming industries, they add.
The stark warning comes as Brexit Secretary David Davis enters the second round of negotiations with EU leaders over the terms of the UK’s departure from the EU.
Professor Millstone said: “In the EU, UK consumers and public health have benefited from EU-wide safety standards, without which there will be a risk of the UK having less safe and nutritious products.”
Professor Lang said: “UK food security and sustainability are now at stake. A food system which has an estimated three to five days of stocks cannot just walk away from the EU, which provides us with 31 per cent of our food. Anyone who thinks that this will be simple is ill-informed.”
The professors are urging the public, civil society and academics to put pressure on Government and MPs to make food a priority in Brexit negotiations and commit to a new legal framework for food in the UK.
They also recommend the creation of a new national commission on food and agriculture to provide oversight and review, and to be a source of advice that can be trusted by the British public.

Professor Lang added: “With the Brexit deadline in 20 months, this is a serious policy failure on an unprecedented scale.”


A spokeswoman for the Department for Environment, Food and Rural Affairs said: “Leaving the EU will provide our hugely successful food and drinks industry with new opportunities to expand and flourish. When we leave we are determined to benefit from tariff-free trade for our goods that is as frictionless as possible.”