Clearly, it does not tally with the current process:

Campaigners with alternative vision for Port Royal accused of ‘scare-mongering’ 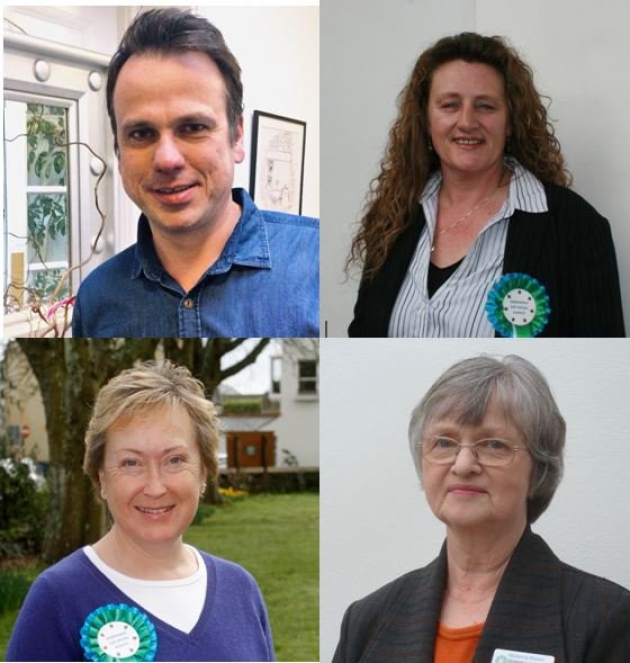 Retain, refurbish, re-use – the ‘Three Rs’ to deliver an alternative vision for Port Royal have been revealed by campaigners.

District councillors Cathy Gardner, Matt Booth, Marianne Rixson and Dawn Manley have challenged the suggestion that the only option for eastern town is to construct a multi-use building with 30 homes that could stand up to five storeys high.
They say the existing buildings and uses should be retained, the whole area should be refurbished as needed, and sites such as the Drill Hall and the old boat park should be re-used.
The councillors are calling on residents and visitors to sign their petition – but project leaders Sidmouth Town Council and East Devon District Council (EDDC) have accused them of ‘scare-mongering’ and pre-judging a consultation.
Councillor Gardner said: “The Three Rs encapsulate what many people have said they want.
“We’re not laying out a fixed set of ideas – we want residents to be given a chance to debate the enhancement of the area and to reach a democratic solution.
“Faced with what is in the approved Local Plan for the site at Port Royal and the ‘building’ presented in the consultation, we four district councillors want to give Sidmouth residents a chance to ask for an alternative approach.
“We will be holding a public meeting to bring together supporters of this proposal and ideas for funding.
“We are confident that many people can help to deliver a plan of this kind if it’s adopted, whether by volunteering, donating or fundraising.”
Cllr Booth has previously investigated sources of funding and said: “Funds can be raised for schemes that support the community. There may even be business opportunities in the Drill Hall.
“We will be calling on EDDC and Sidmouth Town Council to include this proposal in their plans and properly investigate the option of developing community value on the land they own, rather than seeking some financial gain from public land.”
The campaigners launched an online petition on Monday that has been signed by more than 120 people.
It says: “The large-scale development put forward in the consultation (and as proposed in the Local Plan) will have a huge impact on the views, use of the area and change its unique character. People in Sidmouth have been asking why the area can’t remain as it is, with subtle improvements and changes.”
Major landowners EDDC and Sidmouth Town Council are exploring options for Port Royal with a scoping study. They have revealed a concept for the site that could incorporate Sidmouth Lifeboat, the sailing club and up to 30 flats in a new building that could stand up to five storeys high.
In a joint statement from both councils, a spokesman said: “We are disappointed by a misleading and scare-mongering petition set up by a local district councillor, Cathy Gardner.
“It is a shame that this petition is pre-judging what the public think and the outcome of consultation with a petition pushing one person’s idea, rather than respecting the opinions of Sidmouth people.
“The councils are asking everyone to express their own opinions instead. The consultation is around the emerging findings of independent experts. There are no plans or proposals being made at this stage.
“We all want to see Port Royal looking as good as the rest of the town’s seafront. Positive ideas and constructive criticism are what we are seeing from Sidmouth people – that is the Sidmouth way.”
Councillor Jeff Turner, who leads the scoping study for the town council, added: “The consultants have not yet produced their final report and, contrary to the misleading statements in this petition wording, there is no fixed plan or proposal as to how Port Royal will be redeveloped.
“We should all wait to see what options emerge from the studies and consultations and how these are received and debated at both town and district councils, before jumping to conclusions.”
He said the study will also take on board the 1,800 responses about Port Royal in the Neighbourhood Plan.
The petition can be found at https://you.38degrees.org.uk/petitions/alternative-plan-for-sidmouth-s-port-royal-the-3r-s.
The campaigners are also staging a public meeting in All Saints Church Hall from 7pm on Wednesday, August 23.
The councils’ consultation closes on Monday, July 31. It can be found at http://eastdevon.gov.uk/port-royal-consultation/ .

With further comment:
If YOUR vision for Port Royal isn’t the EDDC vision – you are “scaremongering” | East Devon Watch
.
.
.
Posted by Jeremy Woodward at 17:15