Brexit: and an Irishman walks into a Devon pub

It could be said that the Any Questions broadcast last night from Clyst Hydon showed the locals to be very reasonable when it comes to the issue of our time:
Futures Forum: Brexit: and the view from East Devon farming community Clyst Hydon

Perhaps, then, the view from Ireland is a little harsh:


Middle England review: Delving into the heart of Brexit Britain 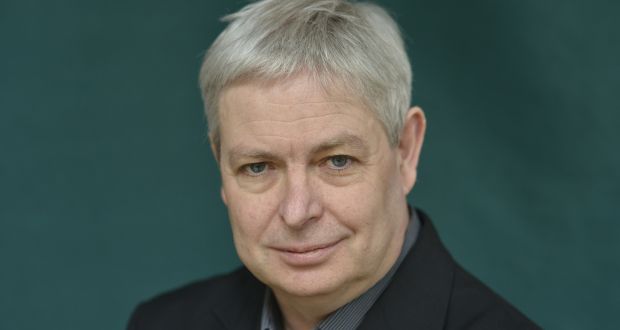 Jonathan Coe: The most chilling aspect of his latest novel lies in how so many of the characters display their blatant racism whenever they feel thwarted. Photograph: Ulf Andersen/Getty Images
John Boyne

Book Title:
Middle England
ISBN-13:
978-0241309469
Author:
Jonathan Coe
Publisher:
Viking
Guideline Price:
£16.99
A few weeks ago, while in Devon, I was confronted by an elderly man in a pub who, on overhearing my accent, decided that I was personally to blame for thwarting Britain’s plan for an uncomplicated exit from Europe. He ranted at me about hard and soft borders and suggested that I was probably involved with Republican paramilitaries. And all I had done was order a pint of lager and a packet of cheese and onion crisps.
The man and the incident would feel perfectly at home in Jonathan Coe’s 12th novel, Middle England, which examines the country over an eight-year period from 2010. It dissects the events that led the UK – or, rather, parts of England and Wales – to vote to leave the EU, the arguments that divided families during the campaign, and the almost comical attempts at negotiating Brexit that have ensued ever since.
Anyone who follows Coe on Twitter will be familiar with his views on this subject – safe to say that he is an ardent Remainer – but rather than writing a diatribe against the likes of Farage or Johnson, he uses the novel to try to understand why people voted as they did and the historic prejudices that led to such an unexpected result.
Readers of Coe’s earlier books The Rotter’s Club and The Closed Circle will be pleased to be reintroduced to Benjamin Trotter, dreamer and aspiring writer, and Doug Anderton, journalist and commentator, whose teenage years and early adulthood were chronicled therein, but which also examined crucial moments in British history, from the 1970s strikes at Birmingham’s Longbridge car factory to the election of Margaret Thatcher in 1979 and the apparent revitalisation of the country after Tony Blair’s 1997 landslide.

Early in the novel, Benjamin recalls a friend telling him that “people are getting angry, really angry, even if they could not explain why or with whom”. It’s this anger that simmers, heats up and boils over with the London riots of 2011, before coming to a head with the Brexit vote. England looks different, sounds different, feels different than these people want it to be. They have idealised visions of white men playing cricket on the green before drinking warm beer and going home to listen to The Lark Ascending on their record players. They didn’t expect the introduction of liberal agendas like gay marriage. “The people of Middle England voted for Mr Cameron because they had no real choice,” one remarks. “But if the time ever comes when we are given the opportunity to let him know what we really think of him, then believe me – we will take it.”
And that opportunity, of course, arrived on June 23rd, 2016.
The most chilling aspect of Middle England, however, lies in how so many of Coe’s characters display their blatant racism whenever they feel thwarted. A driving instructor, so entitled that he believes his colleague Naheed has only received the promotion he wanted because of political correctness. His mother, whose loathing for anyone who does not fit into her narrow view of Britishness, sees her refusing to help a Lithuanian woman attacked in the street. Each character is so credible and so vile that the question is not why it took England so long to leave the EU, but why the EU didn’t kick them out years ago.

But it’s not all politics. Coe is a deft comic writer, probably Britain’s finest, and there are dozens of laughs along the way, many of which revolve around Doug Anderton’s clandestine meetings with a low-level assistant at Number 10 who scoffs at the idea of a referendum, pointing out that for “Dave to hold a vote on such an important issue just to silence a few annoying people in his party... would be a highly irresponsible thing to do”. Nor does he restrict the satire to the right-wing crazies. A subplot involving a teenage girl “addicted to getting outraged on other people’s behalf”, is razor-sharp and shreds the virtue-signalling desperadoes who trawl social media looking for something to get on their high horses about.
Shortly after my antagonist in the Devon pub finished his tirade against me, I drank my pint while a foursome at the table next to me told a joke that ended in a racist remark, leaving them all in gales of laughter. I doubt that any of them would recognise themselves in a novel such as this but they’re on every page, screaming in frustration at anyone who doesn’t look like them or sound like them, longing for a return to a land of hope and glory that only ever existed on the last night of the proms. Coe knows them and he nails them in every sentence.
Millions of words have been and will be written on Brexit but few will get to the heart of why it is happening as incisively as Middle England.
John Boyne’s latest novel is A Ladder to the Sky (Doubleday)
Middle England review: Delving into the heart of Brexit Britain

But perhaps the view from Ireland is not that harsh after all:

Is Ireland headed for trouble at the border? - YouTube

With a little spat a couple of weeks ago:
Patrick Kielty in epic Twitter takedown of Boris Johnson's Brexit plan | Metro News
Patrick Kielty schools Boris Johnson on Northern Ireland for showing “monumental ignorance” | Latest Brexit news and top stories - The New European
Patrick Kielty on Twitter: "The Irish was border was removed and the island linked so Nationalists could pretend they were already living in a United Ireland (yes, Tony Blair did slight of hand much better than you)"
.
.
.
Posted by Jeremy Woodward at 06:27