The independent Councillor for Ottery has chaired a review on these issues:

Monday, 19 November 2018 2 Comments by Claire
A scrutiny review into the system that’s designed to replace community hospital beds is recommending a raft of measures that will be debated at Devon County Council’s Health and Adult Care Scrutiny Committee, on Thursday this week. 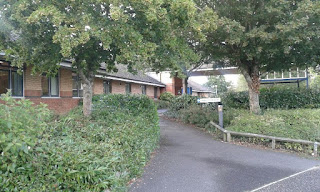 I chaired the review, which took place during the summer and found that the care at home (or Rapid Response) service was very stretched and care of the dying in particular was highlighted as an area of concern, especially since community hospital beds were closed.
Over 200 Devon community hospital beds have been lost in the past five years or so.
We interviewed a range of witnesses, including Dr Paul Hynam, GP and Secretary of the Local Medical Committee, GP, Dr Mike Slot (whose concerns prompted the review), Ann Rhys, Assistant Director of Care at Hospiscare and Richard Westlake, Chair of Exeter Patient and Public Involvement Group. Also interviewed were various senior managers from Devon County Council and the local NHS.
I proposed the Spotlight Review after Sidmouth GP, Dr Mike Slot, attended the January Health and Adult Care Scrutiny Committee to outline his concerns about how care at home (or Rapid Response) was working. Dr Slot said that although he supported it in principle, there simply weren’t enough carers available to look after patients.
On Thursday (22 November) health scrutiny councillors will be asked to endorse 12 recommendations, including:
- No further community hospital bed closures- Consideration of reopening some community hospital beds on a flexible basis to ease pressure on the system - A review of all intermediate (temporary bed-based) care provision across the county- A standardised approach to Rapid Response across the county, including having GPs on the team- A review of Hospiscare’s role in end of life care, with a view to providing more financial support
Sadly, the biggest pressure on the local healthcare system seems to be care of the dying. This outcome was predicted by some GPs before the community hospital beds were closed.
Hospiscare’s Assistant Director of Care, Ann Rhys, told councillors that since the community hospital beds had closed Hospiscare had seen a significant increase in pressure on the service and a resultant large increase of patients dying in their 12 bedded inpatient unit in Exeter.
In the last three months (reported over this summer) 40 patients have been unable to access Rapid Response. Worryingly, staff can make phone contact three to four times a day to the Rapid Response service because there is NOT support available.  This is very time consuming and has a significant impact on community teams.
Councillors were very concerned to hear that one East Devon Hospiscare nurse had reported that in just one month during the summer there were eight instances where no care was available. GP feedback revealed that the service has led to a lack of confidence of some GPs who say they spend a long time trying to find carers to support a patient at home, only to find there is no support available. The result is then an admission to the local acute hospital instead. Something the service was set up to avoid.
The NEW Devon Clinical Commissioning Group did not provide hospital readmission rates to the scrutiny review, despite being asked several times to do so.
A survey to GPs prompted responses mostly from East Devon. Some of the comments are below:
- “Sometimes it can take some time to get a call back informing you that they cannot get the care requested, meaning the patient needs to be admitted much later in the day.”
- “Since the closure of community beds and supposed reallocation of funds the service seems rather worse than better.
- “I take the view when with a patient that I won’t be able to access Rapid Response but if I can it’s a bonus.”
- “Sadly SPOA (Rapid Response) sounds great, but in reality, it’s a time-consuming referral with low probability of delivering the service you want.”
- “I have had three recent episodes where I have called SPOA (Rapid Response) in recent months and they have been unable to put in appropriate care. Patients have been sent to the RD&E for admission. It is a frustrating process – often not staffed well enough so details at the point of contact cannot be taken.  Most cases seem to involve two to four calls back to speak to the right person. GPs under pressure are tied up for too long by the service. So long in fact it has made me not want to use the service. It would be easier to admit patients than it is to call SPOA and arrange care – or try to arrange the care…. “
- “Our allocated care agency handed back their contract and we have been left with very little support for care… when we need Rapid Response to support patients and prevent admission we cannot link into subsequent long-term care packages. I had one chap with a neurological condition who had Rapid Response for over a year!”
I am really really glad this piece of work was carried out and I am proud to be the spotlight review’s chair. For years we have been told by senior managers that the system is working well, with just a few minor problems. This report and the conversations we have had with people who work at the coalface clearly shows a different picture. A worrying picture that needs fully examining.
I trust that councillors who sit on Devon County Council’s Health and Adult Care Scrutiny Committee will fully support the recommendations.


Here’s the link to the report, which will be debated and voted on Thursday (22 November) https://democracy.devon.gov.uk/documents/s22439/RR%20Report%20final.pdf Pic:  Ottery St Mary Hospital

Dr Slot had raised his concerns earlier in the year:
Futures Forum: "The loss of community hospital beds was intended to be offset by increasing the capacity of community care... Unfortunately there is not sufficient capacity in the home care services to do this job."
Futures Forum: "Put more money into care services to help overflowing hospitals"