The report out last month from the Intergovernmental Panel on Climate Change made it clear that we need to be doing something - the question being who should be doing that something:
Futures Forum: Climate change: the IPCC report provides a "simple and empowering" message for businesses, giving them a clear call to action to consider how to cut emissions within their operations.

Some would say we need to 'go after the villains':
Futures Forum: Climate change: and the “importance of coupling emotionally intense ‘impacts’ images with practical guidance on ‘actions’ that can be taken.”
Futures Forum: “The science is crystal clear, we need to phase out fossil fuels starting with the most damaging, the ‘unconventional’ fossil fuels such as tar sands and ‘fracking’.”

A piece has just come out from the Vice magazine looking at 'ecosocialism':

This week's devastating IPCC report has brought the impending impacts of climate change, and just how far we are from meeting our goals to stop them, into crisp focus.

“Ecosocialism combines the ideas of ecology and socialism, meaning that you have a society without class divisions that lives in some kind of harmony or balance with nature,” Victor Wallis, author of Red-Green Revolution: The Politics and Technology of Ecosocialism, told me in a phone interview . “You can’t make the decisions necessary for the health of the environment on the basis of profit calculations.”

But what does an eco socialist society even look like? Do we all live in vertical farms together, sharing crops and riding bicycles to power our light bulbs? Eric Holthaus, a meteorologist, reporter, and ecosocialist, told me it doesn’t have to be that dramatic of a shift. “It’s not going to require everyone giving up all their possessions and living on a farm for the rest of their lives,” Holthaus said in a phone interview.

Holthaus argues that we have the technology to rapidly switch to a world that runs on carbon-free energy, but that won’t happen in the current structure because it doesn’t benefit those already at the top. He pointed to the fact that studies have shown just 100 companies are responsible for 71 percent of the world’s greenhouse gas emissions. If we created a government willing to strictly regulate these companies, it would make a drastic impact and open the door to a clean energy future.

It reaches beyond the US, as well. In the UK, Labour Party leader Jeremy Corbyn has been an outspoken advocate of an ecosocialist approach to climate change.

What Is Ecosocialism? - Vice

The Foundation for Economic Education would disagree:

In the Fight against Climate Change, Free Markets Are Our Biggest Ally

The argument that any effective response to climate change requires the dismantling of capitalism is one that is best put to bed. 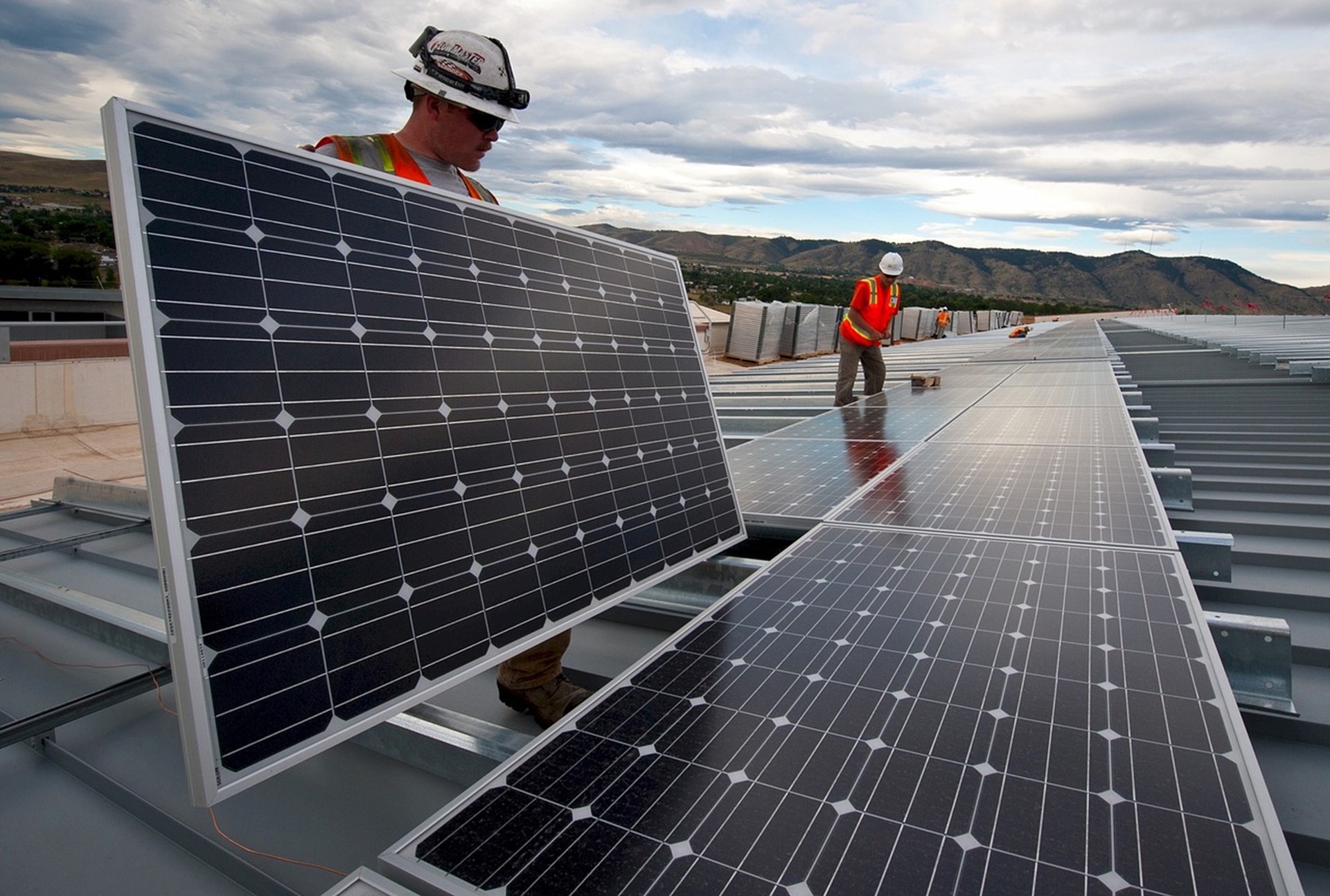 The world is getting warmer at an alarming pace, and our only hope to stave off the coming ecological disaster is to abandon capitalism altogether. Or so goes the argument made by a fringe group of environmentalists and socialists who call themselves ecosocialists.

These ecosocialists had a field day after the United Nations International Panel on Climate Change (IPCC) recently released a report calling for major reductions in greenhouse gases in order to prevent the worst effects of climate change. Per a recent article in Vice, ecosocialist and meteorologist Eric Holthaus said: “The world’s top scientists just gave rigorous backing to systematically dismantle capitalism as a key requirement to maintaining civilization and a habitable planet.” Holthaus’s stance is a succinct declaration of core ecosocialist beliefs—namely that climate change can’t be restrained until capitalism is replaced with socialism.

Yet the ecosocialists’ arguments aren’t just hyperbolic—they’re flat-out wrong. If the world is to stave off climate change, then capitalism and the free market will be among its chief allies.

Since scientists first began studying climate change in the 1980s, capitalist countries reduced their greenhouse gas emissions significantly more than non-capitalist countries. In a series of tweets, economist and Bloomberg Opinion columnist Noah Smith pointed out that the reduction of carbon emissions and the Eastern European transition from communism to capitalism is highly correlated.

Carbon emissions rose by 59.3 percent in Venezuela, 232 percent in Laos, 353 percent in China, and a remarkable 927 percent in Vietnam. As it turns out, socialist economies aren’t very environmentally friendly.

According to data from the Emissions Database for Global Atmospheric Research (EDGAR), every former Warsaw Pact nation, with the exception of then-Yugoslavia, has reduced their carbon emissions since 1990. Former communist nations (now capitalist) Estonia and Ukraine have some of the largestreductions in the world, with 39.4 percent and 70.4 percent reductions respectively. Meanwhile, carbon emissions rose by 59.3 percent in Venezuela, 232 percent in Laos, 353 percent in China, and a remarkable 927 percent in Vietnam. As it turns out, socialist economies aren’t very environmentally friendly.

Yet ecosocialists are among the strongest critics of Marxism-Leninism, the official ideology of the Soviet Union and the communist nations of the Warsaw Pact, linking its lack of concern for the environment to its “emulation of capitalist productivism.” The ecosocialists instead argue for the abolition of private property and the establishment of commonly-owned land to prevent its exploitation by capitalists. Rather than focusing production on commodities, as the Soviets did, ecosocialists call for the establishment of a council of revolutionaries who will oversee environmentally sustainable economic production.

Kaleigh Rogers, the author of the Vice article, offers some pushback against ecosocialists’ ideas herself, pointing out that “there are profits to made from the fight against climate change” and providing statistics that show economic growth resulting from the alternative energy industry. Victor Wallis, author of Red-Green Revolution: The Politics and Technology of Ecosocialism and one of the ecosocialists interviewed by Rogers, is dismissive of her observations, arguing that larger companies will always be more influential than the small sector of the capitalist economy that responds to the problem of climate change.

Wallis’s arguments are rooted in Marxist theories of capital accumulation, asserting that capital exists as a means for the bourgeoisie to reinvest and obtain more capital in a never-ending cycle. Karl Marx argued that this process inevitably led to the concentration of most of the world’s capital in the hands of a few, which Wallis likens to oil company’s dominance over the energy sector. However, Wallis’s assessment is, well, just plain wrong.

According to the International Energy Agency, investments in renewable energy have eclipsed those in fossil fuels and nuclear power. In 2016, global investment in renewable energy totaled $297 billion, more than twice the $143 billion invested in non-renewable energy. Even under Marxist theories of capital, the bourgeoisie appears to be very much interested in going green.

So contrary to the ecosocialists’ beliefs, capitalism has facilitated some of the most important advances in reducing carbon emissions. A recent report fromLazard, a financial advisory firm, showed that the cost of solar power has dropped dramatically in the last decade and that solar power is now cheaper than fossil fuels. Communities around the world now have the option of an energy source that is not only cleaner than fossil fuels but also more economical. In an ecosocialist society, solar power, without fossil fuels’ competition, would likely remain archaic and inefficient.

Ecosocialism rests on the assumption that fossil fuels are so efficient that any move away from them requires government control. But the success of capitalism shows that this is simply not the case. There are still many arguments to be had about how best to reduce the impact of climate change. The extent to which markets can determine the best energy sources or to which governments should “nudge” them in a certain direction is hotly contested, as are the best methods to stop companies from polluting. However, the argument that any effective response to climate change requires the dismantling of capitalism is one that is best put to bed.

In the Fight against Climate Change, Free Markets Are Our Biggest Ally - Foundation for Economic Education