It is acknowledged that small is beautiful in health care:
Futures Forum: "Small hospitals have a big role to play"

All in the face of uncertainly and austerity:
Futures Forum: Brexit: and the "NHS dividend": and planned CCG cuts in Devon

In Ottery St Mary earlier in the week, we had the makings of a farce:


Matt Hancock, the Secretary of State for Health and Social Care sped out of Ottery Hospital car park, in his ministerial car, with blue lights activated this morning, in an apparently desperate attempt to avoid speaking to me and around a dozen hospital supporters.

Just before he left in a hurry, officials asked me and around a dozen residents to leave the car park where we were peacefully waiting for him to exit. We didn’t have placards and there was no chanting. 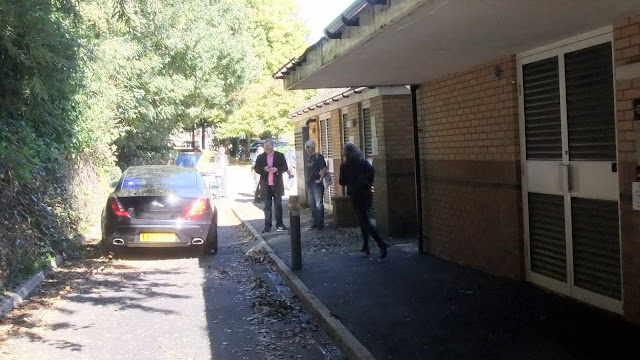 But apparently the video of the Minister 'fleeing' has been deleted:

Given that the video, which was in the process of going viral, must have dismayed both Mr Swire and Mr Hancock, my suspicions are directed firmly at these two.

I will be interested to hear from the two politicians whether they played a role in removing the embarrassing footage.

The tweet in question from political correspondent, Nick Smith, also confirmed that Mr Hancock’s black jaguar, using its security alert blue lights, appeared to be fleeing the apparently terrifying prospect of talking to me and around a dozen peaceable looking residents...

Here are details of this coming council meeting:
Agenda for Council on Thursday, 4th October, 2018, 2.15 pm

Meanwhile, if you would like to see a video of a Secretary of State running to his ministerial car, here it is:
Dean Stewart | Facebook
dean stewart on Twitter: "Apologies for poor quality. This is Sec of State Matt Hancock running away from 11 middle aged middle class bystanders @catherine5news @HSJEditor @guardian @drphilhammond @PrivateEyeNews @ClaireWrightInd @MattHancock @HugoSwire @Peston @Davewwest @UNISONOurNHS @DHSCgovuk… https://t.co/UswkMufCyQ"
.
.
.
Posted by Jeremy Woodward at 15:45