Costa might well have been sold off by Whitbread:
Coca-Cola to buy Costa coffee for £3.9bn - BBC News
As Coca-Cola snaps up Costa Coffee for £3.9bn, investors say Premier Inn could be the next target  | This is Money

But is it still on target over what to do with its plastic coffee cups?

With further coverage from the Guardian: 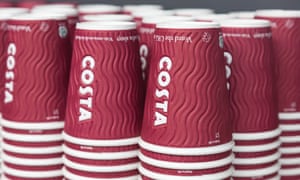 The UK’s largest coffee chain is to become the first to commit to recycling the same volume of takeaway cups used by its customers every year in a bid to stop hundreds of millions needlessly ending up in landfill.

Costa Coffee has pledged to recycle up to 500m coffee cups a year by 2020 – the equivalent of its entire annual use of takeaway cups and one-fifth of the total 2.5bn takeaway coffee cups used in the UK each year.

The chain of more than 2,000 UK stores has created a new model which it says will guarantee the recycling of cups by incentivising waste companies to collect them and send them to recycling plants, and could lead to 100m cups being recycled this year.

Disposable cups cannot be recycled by normal systems because they are made from cardboard with a tightly bonded polyethylene liner, which is difficult to remove. As a result, just one in 400 cups are recycled.

From Wednesday, Costa is to pay a supplement of £70 to the waste collectors for every tonne of cups collected, to make it more financially attractive for them to collect, sort and transport coffee cups to recycling plants, meaning fewer cups will end up in landfill. The company says these extra costs will not be reflected in higher prices for consumers.

Among potential solutions to the coffee cup problem, MPs on the environmental audit committee recently proposed a 25p “latte levy” on all hot drinks bought in takeaway containers. The coffee chain Starbucks is currently trialling the impact of a 5p levy in a three-month pilot, while Waitrose has announced plans to remove all disposable coffee cups from its shops by this autumn. Costa offers a 25p discount to customers who bring in a reusable cup, while Pret A Manger offers a 50p reduction.

Trewin Restorick of the environmental charity Hubbub said of Costa’s move: “It’s great to see industry stepping up the pace to tackle this serious environmental issue. There has been a significant increase in the UK’s recycling facilities over recent months and the biggest challenge now is to make sure the used cups are collected and make it to the recycling plants.”

“It dispels the myth that coffee cups can’t be recycled,” said Dominic Paul, managing director of Costa. “By creating a market for cups as a valuable recyclable material, we are confident that we can transform the UK’s ineffective and inconsistent ‘binfrastructure’ to ensure hundreds of millions of cups get recycled every year. 100m cups will be recycled this year alone following our announcement, and if the nation’s other coffee chains sign up, there is no reason why all takeaway cups could not be recycled by as early as 2020.”

Starbucks is investing to make a #BetterCup 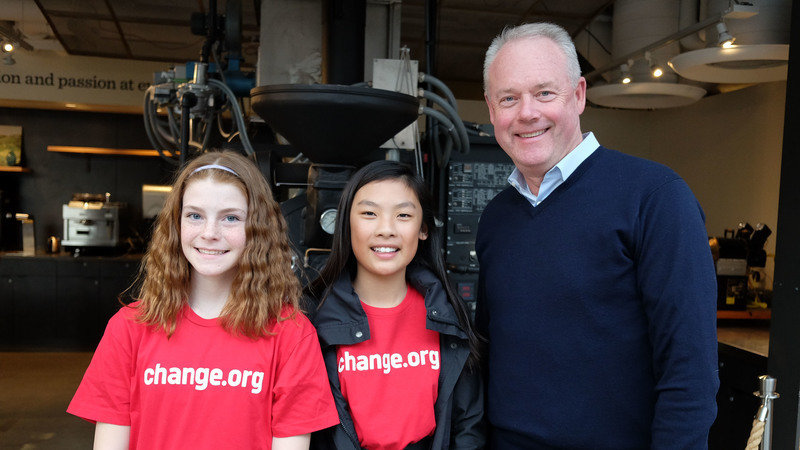 APR 18, 2018 — Starbucks has stepped up and will be investing 10 million USD into the “NextGen Cup.” This means the greatest minds from around the world will be competing to make a fully recyclable and compostable cup, which we really hope will get to market within the next three years. We also hope they will do everything in their power to encourage the use of reusable cups in their coffee shops, which is the best solution to single-use disposable cups. We’ll be following up!