The four-day week on full pay

And in the UK too, as reported in today's i-newspaper:


‘We work a four day week, with no drop in our pay’: Meet the workers and firms proving the benefits of a shorter working week


Sound too good to be true? The fact is a growing number of UK companies are seeing the economic benefits of giving their staff an extra day 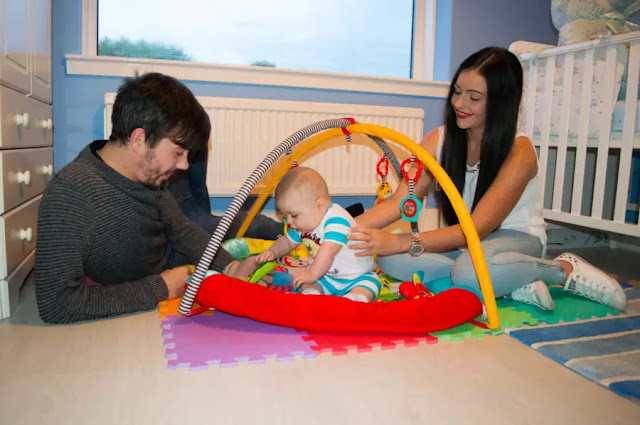 David Rutherford, who works at Advice Direct Scotland, spends his day off with his wife and child.

What would you do with a three-day weekend – assuming, that is, there was no reduction in your salary? All those household chores could be taken care of on Friday (or Monday perhaps) leaving you free to enjoy two days of uninterrupted leisure.

Sound too good to be true? The fact is a growing number of UK companies are seeing the economic benefits of giving their staff an extra day off.

Bosses are realising it’s important to measure people on what they actually achieve at work, not how many hours they sit behind their desk. By chopping the working week down to four days, staff are likely to be more engaged in their work, less stressed and in some cases able to maintain the same level of productivity.

The four-day week may sound radical, but it really isn’t. The economist John Maynard Keynes predicted in 1930 that at some point in the future we’d all be on a working week of just 15 hours. Keynes was one of the leading economists of the 20th century, but in this case his prediction was spectacularly wrong.

A five-day week is not efficient

The fact is, little has changed since the idea of a two-day weekend was first established. The earliest recorded use of the word “weekend” was in 1879 in an English magazine called Notes and Queries. It referred to the idea of a worker taking a half-day on Saturday and all of Sunday to recuperate. It wasn’t until the turn of the century that the half-day became a full one.

Fast forward to 2018 and most full-time workers still do a five-day week and their hours are still generally fixed to eight or nine hours a day.

There is plenty of evidence to suggest the five-day week is not efficient. A growing body of research indicates that a shorter week could boost productivity and health and help companies retain their employees.

A few bold companies are challenging the status quo by slashing working hours.

At Advice Direct Scotland, for example, the introduction of a four-day week at the beginning of this month is already having positive results according to the consumer firm’s compliance officer, David Rutherford. “We wanted to boost staff morale and benefit from increasing productivity and reduced absenteeism,” he says. “Everyone’s aware they need to be more productive on the four days they are in.”

Employees at the firm don’t work the same four days, meaning Advice Direct Scotland can continue offering the same service as before. All 68 staff are on the same pay as when they were doing a five-day week and the holiday entitlement is the same.

However, the working hours have changed from 9-5 to 9-6. “The change has been unanimously approved of. People are very accepting of the fact they have to work a wee bit harder when they’re in. But they have the reward of an extra day off.”

Rutherford, who takes every Tuesday off and spends the day with his seven-month-old son, says the change is likely to boost staff loyalty. “I personally feel it’s a benefit that would keep me here longer. Before I’d barely see my son in the week. Now I get to spend a whole extra day with him and my wife.”

The pressure to be ‘on call’

The idea that technology would reduce our working hours and unchain us from our desks has, in most cases, proved false. The minute we step out of the office, many feel the pressure to check emails and answer queries.

While the concept of a four-day week may seem an unachievable dream to some, all employees should take heart from the fact they have a legal right to request flexible working.

To have the highest chance of success, workers should make a practical case and show how both they and the business would benefit. Employers can reject the request if they can make a reasonable business case, but workers can make a fresh claim every 12 months.

“It all comes down to the relationship between the employer and employee,” says Stefan Stern, a visiting professor at Cass Business School. “You can go to a tribunal ultimately if you think the firm is being unfair, although this is time-consuming and stressful. But workers should take comfort in the fact that in a tighter labour market, employers ought to be keener to hang on to good people – there aren’t millions of unemployed people waiting to take your job.”

Cries to adopt a new pattern of working have become more vocal in recent weeks. The TUC called for a four-day working week to be adopted by the end of this century.

The union group’s argument is that it will make work more satisfying, boost productivity and get more people into work.

Leigh, who founded Radioactive PR in 2015, trialled a four-day working week for his 10 staff for six weeks over the summer. After gathering feedback from both employees and the agency’s clients, he decided the trial had been a success and the agency now permanently has a four-day week.

“Reducing the working week to four days has meant a hit to our profit margins, but it’s only in the low single digits,” says Leigh. “We can absorb it as the fact we are based in Gloucester means we have cheaper running costs and we have a higher profit margin than those based in London. We are in a creative industry and I’d hate for my staff to come to work and dread the day ahead. A happy team can only do great work and create happy clients.”

He says staff were initially bemused by the idea. Most of the team are in their 20s and hadn’t considered the need to have a more flexible working week. Now they are enjoying the freedom to bake, do DIY, see friends and “take long naps”.

The team at Radioactive PR work Monday to Thursday

All staff work Monday to Thursday 9-5:30, taking Friday off. The holiday allowance has been reduced from 33 days a year to 28. But Leigh says the staff get an extra 40 days off under the current structure than they did previously. There is a Whatsapp group where staff can be contacted if there is a work emergency on a Friday or weekend.

Leigh, 30, is using the extra day off to write, take bike rides and spend more time with his wife and three children. “I didn’t want to be an absent dad and I wanted my business to reflect that,” he adds.
A dream rather than a reality?

Critics of the UK adopting a four-day week will point to the case of France, who adopted a shorter working week in the 1990s under a socialist government. The idea was to get more people into work, but the country has an unemployment rate close to 10 per cent (compared to the UK’s 4 per cent).

Then there’s the fact that some careers are less suited to a shorter working week than others. In these cases, companies would have to hire more staff in order to sustain the current level of service.

“In some sectors a move to a four-day week may prove all but impossible: it is difficult to see how the NHS, GP surgeries and healthcare providers for example, could accommodate a four-day week when they are already stretched. The same could be said of retail and hospitality, where the demand for 24-7 service is unlikely to diminish,” says Richard Woodman, an employment lawyer at Royds Withy King.

But the fact remains that something needs to change if the gender pay gap is to close. Many women with children find it difficult to juggle a fulfilling career and childcare. If more men also worked flexibly, or reduced their hours, it would open up more job shares in senior roles.

“The challenge we face is to design modern jobs with hours that also allow people to have a home life – whether that involves caring for children or pursuing things important to them. The important thing is that businesses try different ways to make it work. Many people would want to change jobs for the chance of a four-day week as long as it didn’t mean being paid for four days and working five,” says Christine Armstrong, a business consultant and author of The Mother of All Jobs.

Working a 15-hour week on full-time pay is sadly never going to be achievable. But a four-day week is within the realms of possibility – and more companies will give it serious consideration.

Shops Act 1911: Shop staff entitled to a weekly half day

Race Relations Act 1965: Illegal to discriminate on grounds of race

Working Time Regulations 1998: Workers given the right to 20 paid holidays a year and breaks from work. Increased to 28 days holiday in 2007

Meet the firms that have gone down to a four day week on the same pay
.
.
.
Posted by Jeremy Woodward at 04:24