'Living with Buildings' > how architecture affects our lives, our health, our wellbeing

The Financial Times tours the show:

The architecture of health: how buildings are designed for wellbeing

We have moved on from sterile clinics to centres that blur health, hearth and home 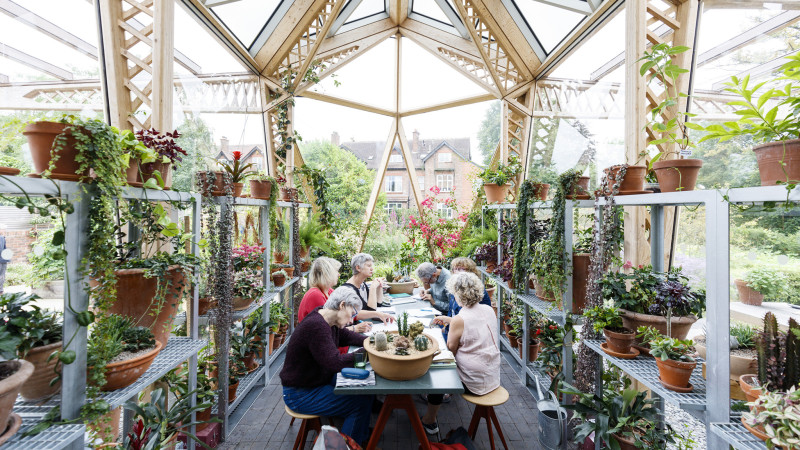 How much of our lives do we spend indoors? 80 per cent? 90? More? Sure, there are farmers and gardeners and road builders but for most of us, our lives are lived inside buildings; the homes where we sleep but also schools, offices, airports and the rest. So the question of whether architecture can affect our lives, our health, our wellbeing, is idiotic. The question is not if, but how much it affects us. It’s a subject London’s Wellcome Collection is looking at in its new exhibition Living with Buildings. It’s also one which is increasingly preoccupying not only architects but managers and doctors alongside hygge quacks and lifestyle gurus.

From the Victorian slums via the modernist health centres of the inter-war years to new ideas about what constitutes wellbeing, the Wellcome show spans a transformation in ideas, science and the popular imagination; it leavens architecture and urbanism with artworks from Andreas Gursky to Rachel Whiteread.

It shows how we have historically navigated successive waves of hysteria about the health of our cities, the condition of our homes, the future of buildings. From panics about plagues and fire through the moral repulsion against the Victorian slums, the history of architecture can seem like a series of reactions to health crises embodied in buildings. The most recent of these, the awful black tombstone of Grenfell Tower, is still fomenting reactions. Yet Grenfell Tower was itself a manifestation of another reaction, the modernist tower set in green space, a reaction to the dark slums of Victorian London.

We believe that we are increasingly aware of a healthy environment, of the problems of pollution, obesity, global warming, loneliness, the destruction of species and the emergence of superbugs. We are aware of the need for exercise, sunlight, vitamins, contact with nature and social bonds. Even governments are shifting from their two-dimensional measuring of national life from GDP to wellbeing, the notoriously vague “happiness index”. Health has been commodified, commercialised, personalised and politicised.

But are our buildings responding to this new consciousness? The Ancient Greeks were well in advance of where are now. Epidaurus was a total landscape of wellbeing, built around a health centre dating from the third or fourth century BC. It embraced temples, clinics, houses for sleeping and dream cures as well as an athletics stadium and, of course, a theatre for cultural, spiritual and physical catharsis. The views out to sea and the awe-inspiring landscape were as much a part of the healing process as were the surgeries. 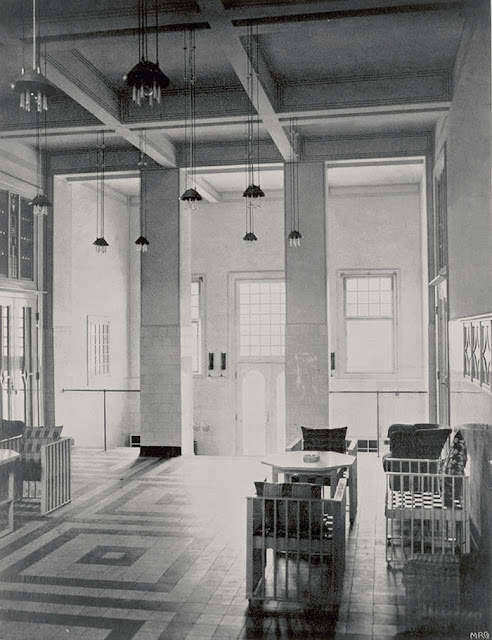 The Roman architect Vitruvius wrote of the importance of site, light, the winds and the waters; a house was not an object to be imposed on the landscape but a dwelling working with it. From Hindu traditions of vastu shastra and Chinese feng shui, every civilisation treasured foundational texts on how to build for health and wealth, some of which was superstitious nonsense but much of which was common sense that has been forgotten.

With the medicalisation of the pivotal moments of life — birth, old age and death, the idea of an architecture for health was extracted from the mainstream of construction and ghettoised into the modern hospital, a sterile environment which accommodates an ever larger portion of our lives. But has this ghettoisation of the architecture of health led to a wholesale forgetting of the importance of wellbeing in the architecture of the everyday?

The modern movement was a kind of revival of those classical ideals of a healthy city. A visceral reaction to the slums, the confinement, the miasma and the treeless darkness of the dense city centre, the early modernists created an architecture of clinical precision, light and air, in which the interior merged into an exterior framed by trees and greenery. Health was at the heart of the project. A curious parallel evolved between the architecture of the clinic and the domestic, a hygiene fetishism which led to some of the key monuments of early modernism adopting the white-tiled, white enamel, chrome and glass aesthetic of the hospital. Or, perhaps more precisely, the sanatorium. 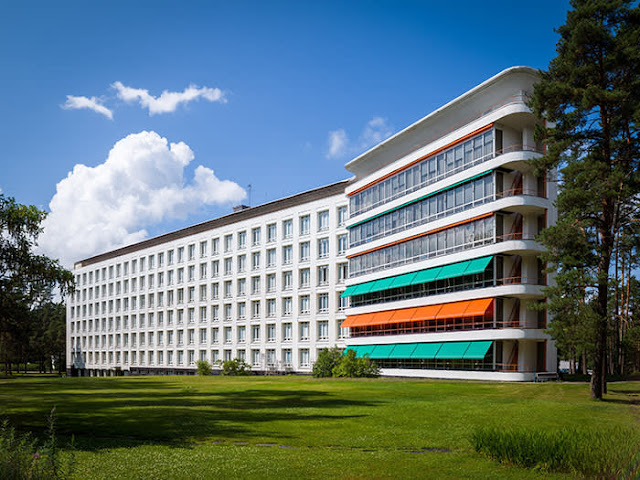 Josef Hoffmann may be best known for his delicate, decorative designs for the Wiener Werkstätte but his first major architectural work was the Purkersdorf Sanatorium, built in 1904-05 to soothe the jangling nerves of the Viennese intelligentsia who feared the edge of the precipice. Patients included Mahler, Schnitzler, Schoenberg and Hofmannsthal. Otto Wagner’s incredible chapel for the Hospital am Steinhof just outside the city, meanwhile, managed to combine obsessive, minimalist hygiene with a fantastical domed and subtly-decorated building.

Alvar Aalto’s 1933 Paimio Sanatorium in Finland (featuring in the Wellcome show and currently for sale) developed the aesthetic, the white cruiser in the woods, and kitted it out with fittings and furniture that remain unsurpassed, including a bent plywood chair, easy to wipe down and wonderfully comfortable, a metaphor for the bigger idea. In the UK it was Berthold Lubetkin’s Finsbury Health Centre that achieved something similar, not in the woods but in the city slums, a white-tiled, elevated spaceship of a structure that embodied an idea of freely accessible healthcare. 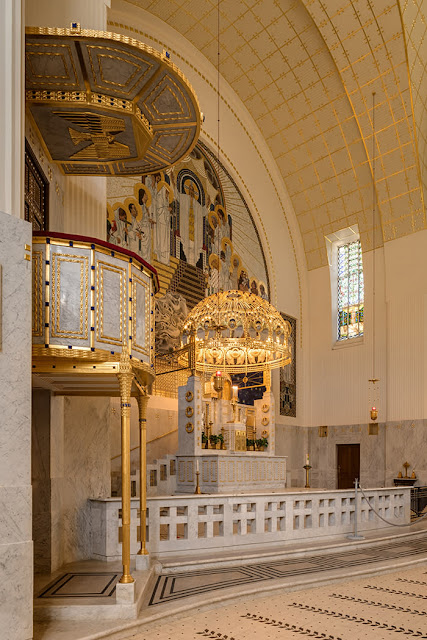 Those ideas also seeped into the domestic. Even in its name, Richard Neutra’s “Lovell Health House” (1929) embodies those contemporary concerns but this was an émigré Austrian architect exporting Viennese neuroses to the world’s new cultural and quack capital, Los Angeles. This remarkable house was dedicated to the health benefits of West Coast living with the pool and panoramic terraces, the warm ocean air an antidote to central Europe’s history-burdened, smoke-clogged atmosphere. It had terraces for sunbathing and outdoor sleeping, an outdoor gym and rooms dedicated to diet and therapies. Contemporary to this was Pierre Chareau’s Maison de Verre, one of Modernism’s pivotal spaces, stuffed into a Parisian courtyard. Built for a gynaecologist, it is a truly odd mix of consulting room and private apartment in which the technics of obstetrics, the machines and chairs, the shiny tools, speculums and surgical lights begin to dictate an interior language in which architecture’s relation to the (female) body is made eerily manifest.

Both these houses illustrate the blurring between health, hearth and home. What has happened in recent years is, perhaps, a reversal of this fetishisation of the language of hygiene and surgical precision. The High Tech pioneered by Chareau has become the language of the non-space, the anonymous airport or data centre and both domestic and healthcare architecture have reacted to that anonymity through a reassertion of the language of home.

The clearest illustration of the phenomenon are Maggie’s Centres, which are neither quite medical nor domestic but a hybrid space of wellbeing framed by ambitious architecture. Instigated by Charles and Maggie Jencks and exhibited at the Wellcome Collection, the centres are focused around a kitchen table and are intended to facilitate conversation over a mug of tea. Yet their architecture is often radical, surprising and theatrical, challenging those with cancer and their families to think about architecture and engage with it rather than providing a neutral or clinical space. 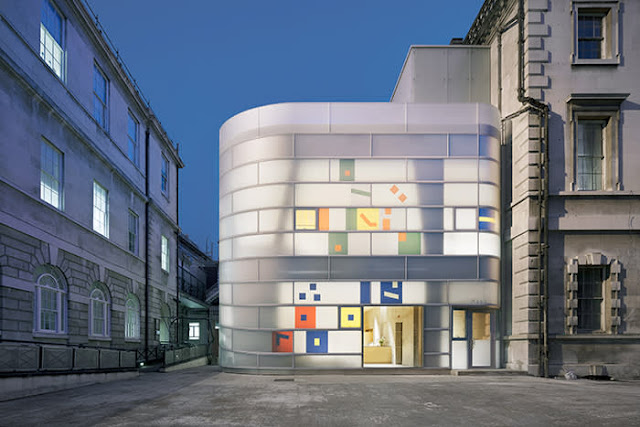 Architects from Frank Gehry to Zaha Hadid and Rem Koolhaas have designed sometimes strange, sometimes brilliant, sometimes soothing spaces that attempt to redefine what an architecture addressing health might be. They use everything from light and art to gardens and library nooks to experiment with some of the most difficult physical and psychological states humans encounter.

You might also look to De Vylder Vinck Taillieu’s Caritas psychiatric centre in Melle near Ghent. Here the architects revivified a ruined building and inhabited it with smaller structures — greenhouses, seating areas, courtyards, a protected but outdoor space like an adventure playground for the mind. It is complex, intriguing and full of traces of history and ideas about architecture. A place for the mind as well as the body. 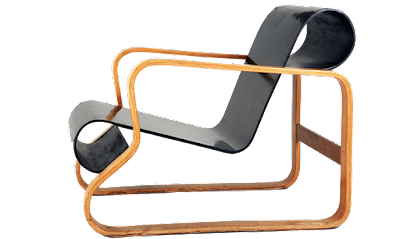 Understanding of health has progressed into an appreciation of “wellbeing”. In architecture this transition could not be more pronounced; it is the move away from the functionalist fetishisation of an aesthetic of hygiene — effectively the medicalisation of the domestic, to a contemporary situation in which it is the overtly domestic that is celebrated as an architecture of comfort and conviviality. Interiors now emulate cosy boutique hotels, huddling around wood-burning stoves. Contemporary furniture is a throwback to a familiar mid-century modernity, as if we were scared of envisaging a future too different from our present. At the same time, the distinction between spaces is collapsing. Workplaces become something between industrial lifestyle lofts and kindergartens while homes are being condensed and becoming more like hotels. Architects are attempting to deinstitutionalise space just as, a century ago, they were moving towards institutionalising it.

The understanding of what makes a healthy architecture has changed radically. What used to be about hygiene and health is now more about psychological wellbeing. But it is also difficult to measure and is driven very much by fashion. Apart from a few vague studies about the health benefits of being able to see a tree from your window, there is little research or solid information of what exactly makes a healthy home and, until there is, we have to use our intuition and common sense. We are steadily and surely ruining our planet so what we have left are the interiors to which we can retreat, which now need to be about so much more than mere shelter.

The architecture of health: how buildings are designed for wellbeing | Financial Times
.
.
.
Posted by Jeremy Woodward at 01:00

Thank you for sharing your thoughts and knowledge on this topic. This is really helpful and informative, as this gave me more insight to create more ideas and solutions for my plan. I would love to see more updates from you.