Large-scale tourism does not benefit 'the locals':
Futures Forum: How locals in Britain’s smallest city lost in their ‘David and Goliath’ fight with Whitbread to build a Premier Inn

And meanwhile, 'the locals' continue to be overwhelmed:
Futures Forum: The West country struggling to cope with tourists

Unless somebody does something:
Futures Forum: Barcelona’s Experiment in Radical Democracy

Because 'overtourism' is coming to a place near you:
The Genesis of Overtourism: Why We Came Up With the Term and What's Happened Since – Skift
Overtourism. What is overtourism and how can we avoid it. - responsibletravel.com
Travel tech and the rise of 'overtourism' | afr.com
‘Overtourism’ Worries Europe. How Much Did Technology Help Get Us There? - The New York Times
The Guardian view of over-tourism: an unhealthy appetite for travel | Editorial | Opinion | The Guardian
Overtourism: a growing global problem - The Conversation

Here's a piece this week from the Nation looking at the issues - and asking a few salient questions:

Is anti-tourist sentiment code for classism, racism, and xenophobia, or a legitimate concern over a city's capacity to accommodate visitors? 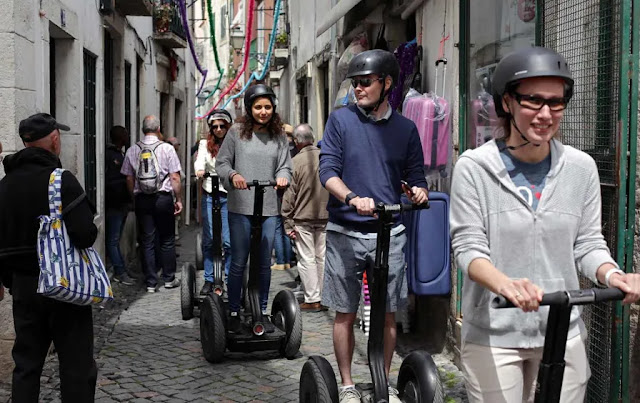 ‘Overtourism’ Is Driving Europeans Crazy | The Nation
.
.
.
Posted by Jeremy Woodward at 12:21