This coming weekend sees the start of the Sidbury Fair Week - which requires lots of organising:
Sidbury Village Website 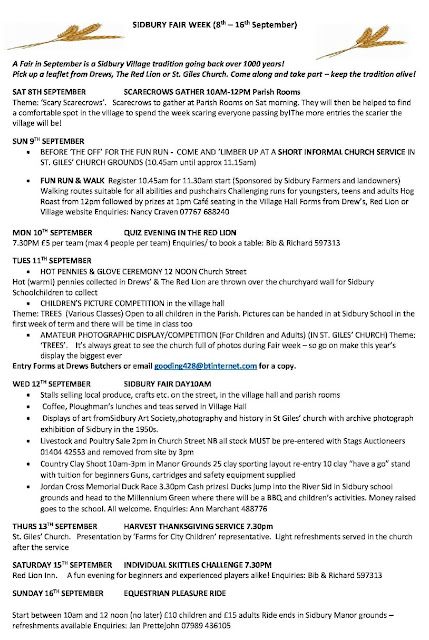 And here's an overview from the Herald: 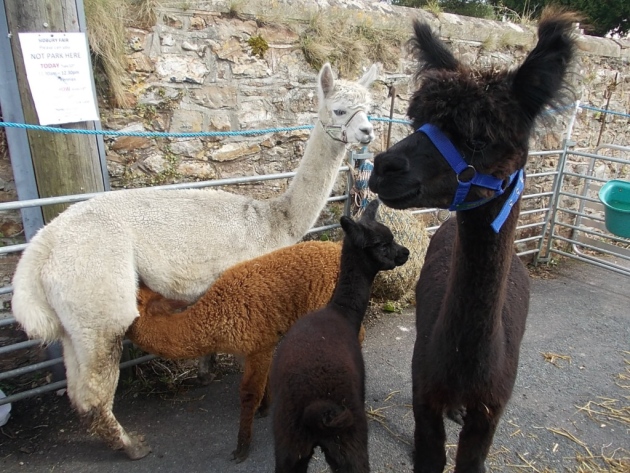 The fun run during Sidbury Fair Week. Picture: Contributed
Sidbury Fair Week – an event dating back to 1291 - takes place from Saturday, September 8 until Sunday 16.
The village was granted a charter for a Fair by Edward I; it was to be held for three days to cover the Feast of the Virgin Mary in September, and would give residents the chance to sell livestock and the produce of their fields and gardens.
Over the years the fair has grown to incorporate exhibitions and competitions, and it also gives clubs and other organisations the chance to raise money. But it still retains a traditional flavour.
The fair begins on Saturday morning with the usual scarecrow competition. Residents will bring the figures they have created to the Parish Rooms for judging; this year’s theme is Scary Scarecrows. Afterwards the figures will be positioned around the village for the duration of Fair Week. 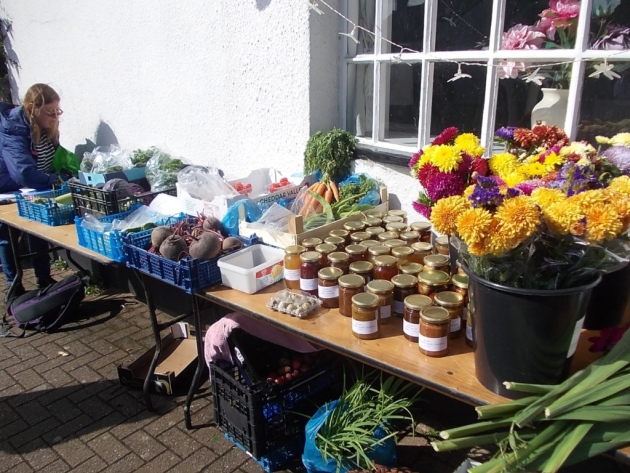 Garden produce for sale at Sidbury Fair Week. Picture: Contributed
The Fun Run and Walk, one of the fair’s biggest events, takes place on Sunday, with walking or running routes suitable for all ages and abilities. It is followed by a hog roast and prizegiving for the best entrants.
Tuesday sees the traditional Hot Pennies ceremony, in which coins which are warm, rather than burning-hot, are thown over the churchyard wall for children to collect. There is also a children’s art competition in the village hall, with the theme Trees, and a display of amateur photography by adults and children, with the same theme, in St Giles Church.
Wednesday is Sidbury Fair Day, with stalls selling local produce in the village hall, parish rooms and on the street. There is also a livestock and poultry sale in Church Street, and a Country Clay Shoot at Sidbury Manor which includes a ‘have-a-go’ stand for beginners.
The Jordan Cross duck race on the River Sid is a fun event, followed by a barbecue and children’s activities on the Millennium Green. 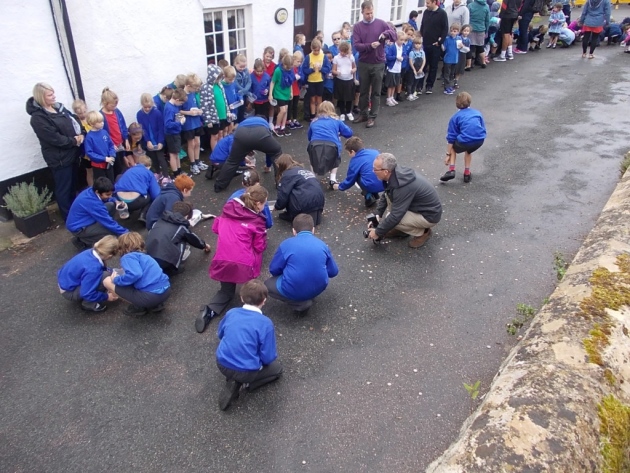 Children pick up hot pennies during Sidbury Fair week. Picture: Contributed
The last three days of the fair see a Harvest thanksgiving service at the church, a skittles challenge at the Red Lion pub, and an equestrian ride for adults and children, ending in the grounds of Sidbury Manor.

A variety of events at Sidbury Fair Week | Latest Sidmouth and Ottery News - Sidmouth Herald
.
.
.
Posted by Jeremy Woodward at 01:30