As noted by the Independent this week:


The film was released by the Department for Environment, Food and Rural affairs

One of the images showcases a farm in Slovenia

The government has published a video depicting an idealistic and prosperous future for the post-Brexit British agriculture industry but accidentally used images of farms in EU countries.

The Department for Environment, Food and Rural Affairs (Defra) released a promo film to explain the new Agriculture Bill and how it would impact farmers. The video describes the bill as “an historic moment as we leave the EU and move towards a brighter future for farming”.

It then explains the impact of the legislation on a backdrop of images of the British countryside and farms. But Farmers Weekly, which spotted the blunder, said that two of the pictures included were of farms in Slovenia and Germany.

One slide showed an aerial film shot on a German farm

Farmers Weekly said that both images could be found online, alongside details of where they were taken.

“The video also suggests farmers will be rewarded for preventing climate change – alongside a photo showing a pair of hands planting a bonsai tree,” the industry publication noted.

Come on @DefraGovUK we have some of the best farms in Europe working to some of the highest standards in the world. If showcasing future UK agriculture policy surely we must use UK farms not German or Slovenian ones. https://www.fwi.co.uk/news/eu-referendum/video-defra-uses-eu-farms-to-showcase-uk-agriculture …

Defra has used photos of farms in Slovenia and Germany to showcase its vision for British agriculture after the UK leaves the European Union. The footage
fwi.co.uk

Stuart Roberts, vice-president of the National Farmers Union, tweeted: “Come on DefraGovUK we have some of the best farms in Europe working to some of the highest standards in the world. If showcasing future UK agriculture policy surely we must use UK farms not German or Slovenian ones.

“Can’t imagine who thought it would be acceptable to use footage of German & Slovenian farms to showcase Defra’s future vision of UK farming.” 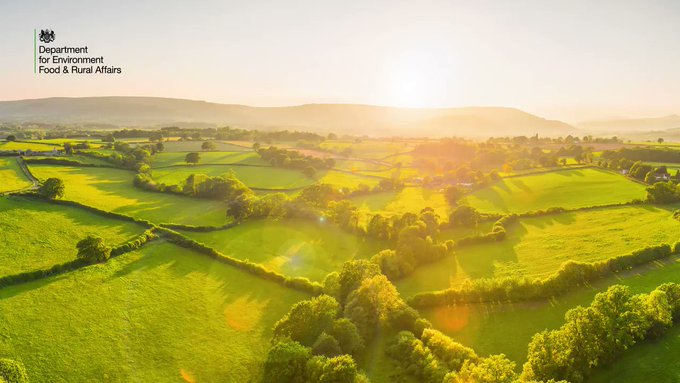 We know farmers do a great job producing high-quality food while also protecting our countryside. The #FutureFarming Bill we announced last week will reward them properly for the work they do & help grow more food in a more sustainable way. #GreenBrexit : https://www.gov.uk/government/news/landmark-agriculture-bill-to-deliver-a-green-brexit …

Defra said that the video was made by a PR agency and that it would be changed. It told the Times that it “made it clear we expect higher standards in the future”.

The original video appears to have been taken down and a new one tweeted.

The Guardian is similarly unimpressed:

It’s beginning to dawn on many UK farmers that the British government might not be quite so clued up as they had been led to believe. Not only do they now doubt that the current levels of subsidies they receive will continue post-Brexit, they also worry that their needs for seasonal workers to pick vegetables and soft fruit have not been fully understood.

The latest cause for alarm has been a video produced by the Department for the Environment, Food and Rural Affairs (Defra) to promote its vision for post-Brexit agriculture. It’s all very nostalgically rustic, with fields of barley rippling in the wind and glorious sunsets. A vision of mellow fruitfulness. Except for one thing. Some sections of it were filmed overseas. As the magazine Farmers’ Weekly has observed, the scene in which Defra promise that farmers can expect less red tape was actually footage of an inspector visiting a Slovenian cattle shed, while the section on British farmers being rewarded for improving air and water quality was filmed on a German farm.

To complete the hat-trick of errors, the part where Defra promise kick-backs for farmers who try to prevent climate change was accompanied by a framer planting a Bonsai tree. We pay these people.