The four-day week and 'flexibility', "the evil cousin of the shortened workweek"

But be careful what you wish for:
The hidden dangers of a four-day workweek — Quartz
Workers don't like being forced to be flexible by employers, study finds - ABC News (Australian Broadcasting Corporation)

This week the Nation magazine welcomed the four-day week but urged for further safeguards:


How Would You Feel About a 4-Day Workweek?


As productivity has soared, time off has not kept pace. It’s time to change that. 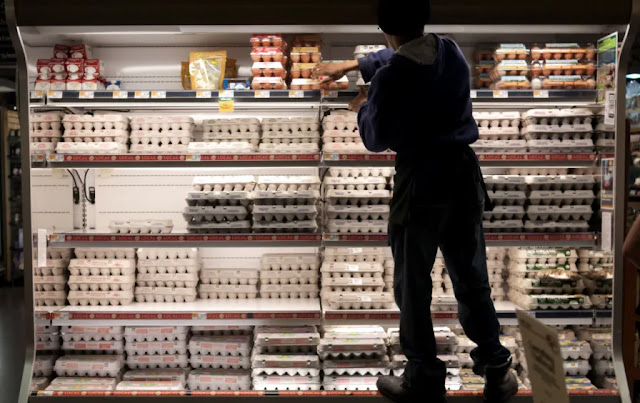 If you’ve ever come back from a three-day weekend and wondered why you can’t have that time off every week—imagine if you could. Around the world, workers, politicians, and economists are asking why we can’t all afford an extra day off every week.

Recently the United Kingdom Trades Union Conference (TUC) laid out a platform for overhauling the entire structure of work and production in the UK to shorten the workweek. The idea, which the union frames as a workplace modernization, is a weekly schedule of about 32 hours that would give workers a fairer, freer work-life balance. Reduced worktime would also guard against the rising threats of displacement, extreme stress, and exploitation as the economic transitions wrought by technology and globalization threaten to displace or destabilize employment.

The UK workers’ demands are echoed in the experiment of Perpetual Guardian, an estate-planning firm in Auckland, New Zealand. Its 240-person staff shifted onto a four-day schedule (roughly 32 hours) for two months. Subsequent surveys indicate stress levels dropped from 45 percent to 38 percent. Workers’ sense of work-life balance rose from 54 to 78 percent. Similarly, the staff’s self-reported perceptions of “commitment,” “stimulation,” and “empowerment” also jumped during the trial.

Just as unions of yesteryear fought for generations to win a weekend and eight-hour day, labor advocates argue that in advanced economies today, both employers and workers have already earned a less-intense, reduced workweek. By lowering hours or adding days off—without sacrificing productivity and, as TUC proposes, “with no reduction to living standards”—labor could wrest some of the workday from capitalism’s grip, while yielding dividends not just for the economy but also for public health and the environment.

Overall, Perpetual Guardian staff found the shorter workweek opened meaningful opportunities both on and off the job. Workers reported, for instance, that by gaining a whole extra day, “I could be really productive in my volunteer work, because I can get so much done,” or they pursued educational programs, or freed up rest time to indulge in “headspace,” or saved money with reduced weekly childcare needs. Though there were some concerns about feeling pressure to do more work in less time, often collaborations were strengthened by the four-day week. “If I was learning someone else’s responsibilities then it’s equally they were learning mine,” one interviewee observed. “I didn’t think for a minute, I’m doing extra work. I was just thinking we’re helping each other.”

Perpetual Guardian’s experiment isn’t necessarily representative; the staff was relatively privileged, as a white-collar firm in an affluent Western economy. But according to Jarrod Haar, the professor of Human Resource Management at Auckland University of Technology who conducted the study, the system is viable for many types of jobs, given the reality that, typically, “We ‘waste’ time through meetings, talking, surfing the web,” and other modern distractions that often consume most of our work hours. By contrast, he says via e-mail, “the reduction in work days is to encourage and motivate workers to be more focused and do more WORK on their eight- or seven-hour workday.”

The community outside the workplace could also gain from shorter hours. When the work week is shortened, work becomes more environmentally sustainable, as workers’ carbon footprints shrink through reduced commutes and fewer carbon-consuming hours of office or factory operation. On the lengthened off hours, a generally slower pace of life lets workers opt for transit options like cycling instead of driving.

Moreover, employers might see a fair trade in cutting a day of face time or useless busy work in exchange for a more balanced, happier staff, with less turnover. In Haar’s view, “If workers can do it in less time then they should be rewarded and given that time off. Keeps them motivated! Enhances their well-being, and [they will want] to stay with their employer and keep performing well.”

But shorter workweeks are a good deal for workers only if coupled with regulation and culture change, in tandem with social, public-health, and environmental priorities.

There are reasons to be wary of deregulating the workweek without establishing a more equitable structure in its place. Today, many corporations push for scheduling “flexibility,” the evil cousin of the shortened workweek. As a masked attempt to erode work standards through open-ended scheduling, deregulating hours perversely incentivizes “voluntary” overwork.

According to Gregor Gall, professor of Industrial Relations at University of Bradford, given employers’ tendency to intensify work in response to a more condensed schedule, workers need a “combination of punitive fines, punitive overtime rates, and strong union organization” to enforce collectively bargained contracts and bolster their right to refuse abusive conditions. “If the working week was reduced so that a baseline was established—some would move down in hours and others up so they had more work…this would also require legislation to set out what minimum and maximum hours should be.”