Brexit: and 1066 and All That: “The Norman conquest was a good thing, as from this time onwards England stopped being conquered and thus was able to become top nation.”

The Anglo-Saxons lost out to the Norman French some 950 years ago:
Battle of Hastings re-enactors stage fight on its 950th anniversary | Daily Mail Online
Marchers celebrate 1066 and all that | News | The Times & The Sunday Times


From Bayeux to Brexit: the Battle of Hastings' 950-year legacy

The Battle of Hastings – which marks its 950th anniversary on Friday – still reverberates through literature, film and art 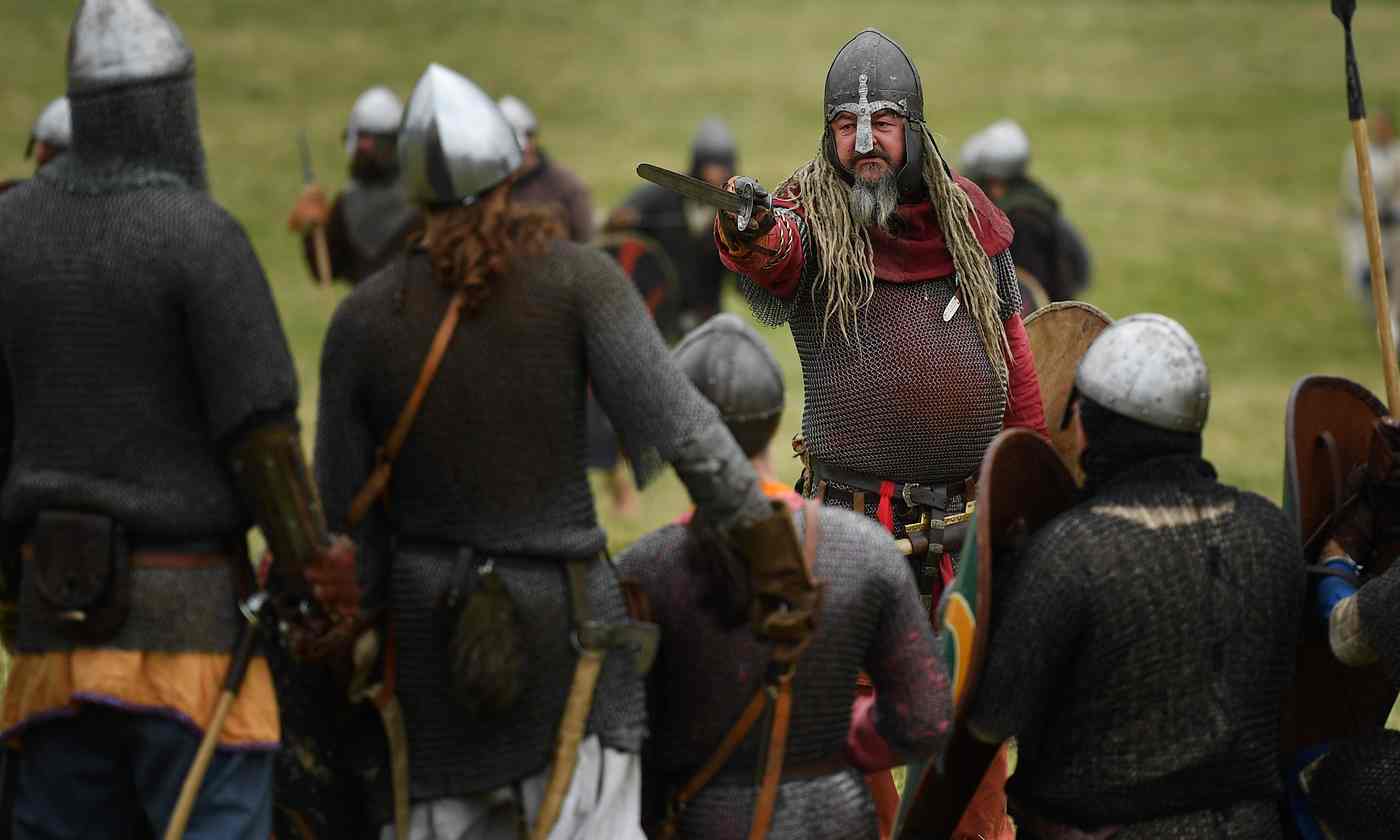 People take part in a re-enactment of the Battle of Hastings, at Battle Abbey in East Sussex. Photograph: Ben Stansall/AFP/Getty Images

The tapestry, thought to have been made in England, is history written by the victors but sewed by the vanquished; the Anglo-Saxon seamstresses who made it compelled to embroider the end of the Anglo-Saxon era. Space is made before the battle to outline William’s dubious claim to the English throne, while Norman atrocities in its aftermath are omitted.

Against a backdrop of the late 12th-century power struggle between John and his brother Richard I, Scott’s hit historical novel champions Saxon characters against the Normans, reflecting both the 19th-century’s enthusiasm for Anglo-Saxon culture and Napoleonic-era Francophobia. One of their allies was Robin Hood – Scott pioneered his deployment as anti-Norman insurgent, later copied by Hollywood. This was Tony Blair’s choice of book as Desert Island discs, presumably for the bits about the Crusades. 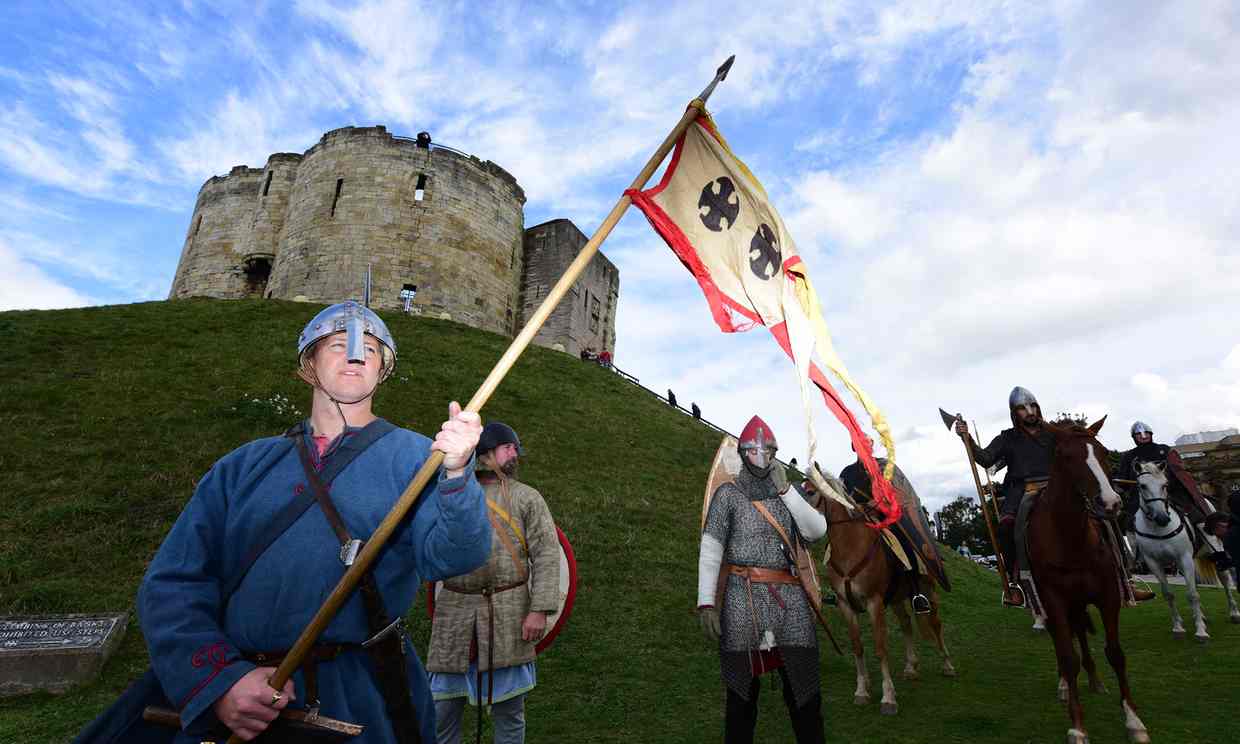 Hereward the Wake by Charles Kingsley (1866)

The conquest itself is featured in Kingsley’s last work, rather than Anglo-Norman enmity that is said to have continued into the next century, as in Ivanhoe. Hereward leads resistance to the Normans after Hastings until defeated at Ely.

Arguably the best one-off humour book of the 20th century, this brilliant spoof-crib consolidated Hastings’ status as the watershed moment in British history by putting it in the title. Mocking the certainties and priorities of textbook and popular history, it informed its readers that: “The Norman conquest was a good thing, as from this time onwards England stopped being conquered and thus was able to become top nation.”

Astérix and the Normans by Albert Uderzo and René Goscinny (1966)

Wittily marking the conquest’s 900th anniversary, the comic book series tells the tale of a defeated Norman invasion. The Normans (here portrayed as Vikings, as they originally were) try to conquer France and are seen off by the plucky and ingenious Gauls.

The Bruges speech by Margaret Thatcher (1988)

The foundational moment for the Eurosceptic movement that triumphed 28 years later in the Brexit referendum. Echoing past warriors for sturdy British independence, Thatcher opposed another threatened French invasion by the regulations France’s Jacques Delors said he would impose on EU countries as European commission president. “Our nation was – in that favourite community word – ‘restructured’ under Norman and Angevin rule in the 11th and 12th centuries,” she noted, drily drawing a parallel between the conquest’s fallout and Euro federalists’ homogenising schemes.

A Man Booker-shortlisted novel that remakes Hereward the Wake. Its hero is another Anglo-Saxon resistance fighter battling against Norman rule. Unlike Kingsley, Kingsnorth wages his own war against the invaders’ biggest and most lasting bequest: the English language as multicultural mishmash. The vast French vocabulary the Normans introduced – suspected by proponents of a blunter, more Saxon English, including George Orwell and Kingsley Amis, of embodying alien ways of thinking – is banished from the prose of the first-person narrative, and told in a version of Old English.