The referendum and climate change meet in several ways.

Young people are more concerned about the effects of both Brexit and climate change:
Futures Forum: Brexit: and the future for climate change  >>> anti-intellectualism and inter-generational theft

Britain’s vote to leave has confused the EU's pledges on carbon emissions: Futures Forum: Brexit: and the future for climate change >>>

The Financial Times has just run a piece looking at the latest issue: 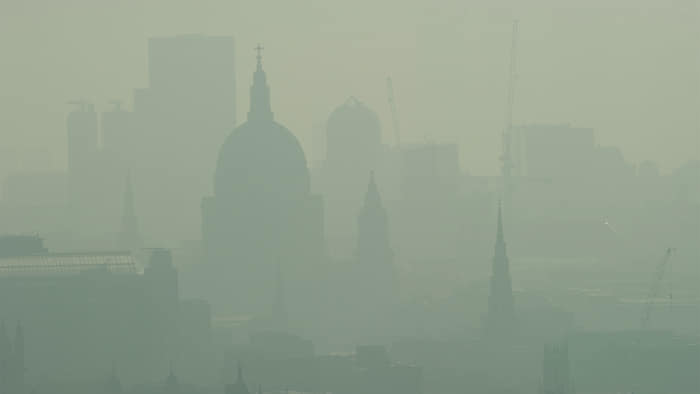 by: Tony Barber
What will Britain’s exit from the EU mean for the climate change policies of the UK and the bloc’s remaining 27 states? The early signs are that each side will adhere, with varying degrees of enthusiasm, to the EU’s existing commitments to reduce greenhouse gas emissions and work towards a low-carbon future. Nonetheless, some difficult policy choices lie ahead.
In London, climate change is emerging as a lower priority for Theresa May’s cabinet than for any UK government since 1997. Whether under Conservative or Labour governments, Britain in the past two decades has been one of the EU’s most forceful voices in favour of ambitious measures to combat climate change.
However, it was striking that, in her “what will Brexit mean” speech on Sunday to the Conservative party conference, the prime minister did not mention climate change once. By contrast, in his 2015 party conference speech, David Cameron, Mrs May’s predecessor, took pride in highlighting action to fight climate change as one of his government’s most notable achievements.
Almost immediately after assuming the premiership in July, Mrs May abolished the government’s department for energy and climate change. In its place appeared a new ministry called the department for business, energy and industrial strategy.
In case anyone is missing the message, the ministry’s website offers the following mission statement: “The department brings together responsibilities for business, industrial strategy, science, innovation, energy and climate change.” It is surely no coincidence that climate change is at the end of the sentence.
On a more positive note, the European Parliament on Tuesday ratified the Paris agreement on fighting climate change, meaning that this landmark international pact will come into force one year after it was signed in December in the French capital.
To take legal effect, the accord required at least 55 countries accounting for 55 per cent of global emissions to ratify it. The European Parliament’s action followed a decision by EU environment ministers last week to fast-track the ratification process.
Yet Britain’s forthcoming departure from the EU raises awkward questions about how European governments intend to share the burden of reducing carbon emissions. Seb Dance, the Labour party’s spokesman on environmental issues at the European Parliament, says: “UK government climate change policy continues to wallow in unprecedented levels of uncertainty following the Brexit vote.”
Under a European Commission proposal unveiled in July, all EU governments including Britain will join a plan to ensure that the bloc achieves a previously set objective of a 40 per cent reduction in carbon emissions by 2030 from 1990 levels. But the devil is in the detail.
Some countries have very demanding targets, others less so. Luxembourg and Sweden are supposed to cut emissions by 40 per cent by 2030 from 2005 levels. Bulgaria does not have to cut emissions at all.
Britain is supposed to achieve a 37 per cent reduction. However, now that the UK is leaving the EU, the only way for the bloc to reach its overall goal will be by increasing the burden on the remaining 27 countries.
It is rather like the EU budget — once Britain, a big net contributor, is out, who will pick up the tab? Right now, no one knows the answer.