A very political piece of theatre is happening in Exeter at the end of the week, provoking some historical insights and contemporary questions:

Not Such A Tory Land

Between 1642 and 1649 England was on the brink of revolution. Profound questions about society and politics were asked, and answered in one way or another. What was the nature of democracy, and how far into society should it extend? How should we respond to treachery and betrayal, liars and tyrants?

As this revolution moved forward, ordinary women and men were swept into becoming giants and heroes.

Defeat buried this history under layers of distortion and deliberate concealment. The revolution became a civil war. The years of republican rule became an interregnum - the empty space between kings. The names of the people who argued and fought for freedom of speech, a free press, the right to assembly and access to common land were written out of the history books.

This play revives some of the history of those years and suggests that there might, just, be some parallels and lessons for today.

And there's a raffle with a very special prize!!

Search for us, and for news of future productions on Facebook @ Riversmeet Productions

Full pdf attached. Attend or be condemned to repeat the past (on good authority). 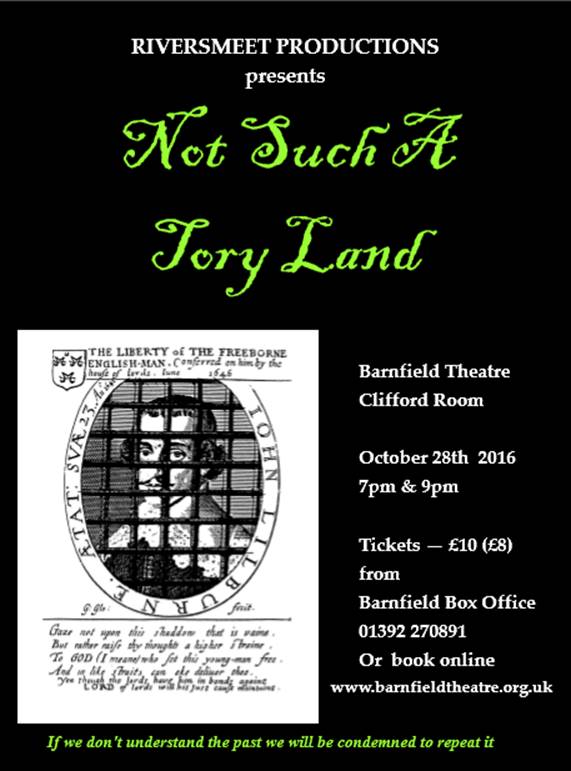