Government pledge to build one million homes by 2020 could lead to hundreds of new quarries, campaigners warn 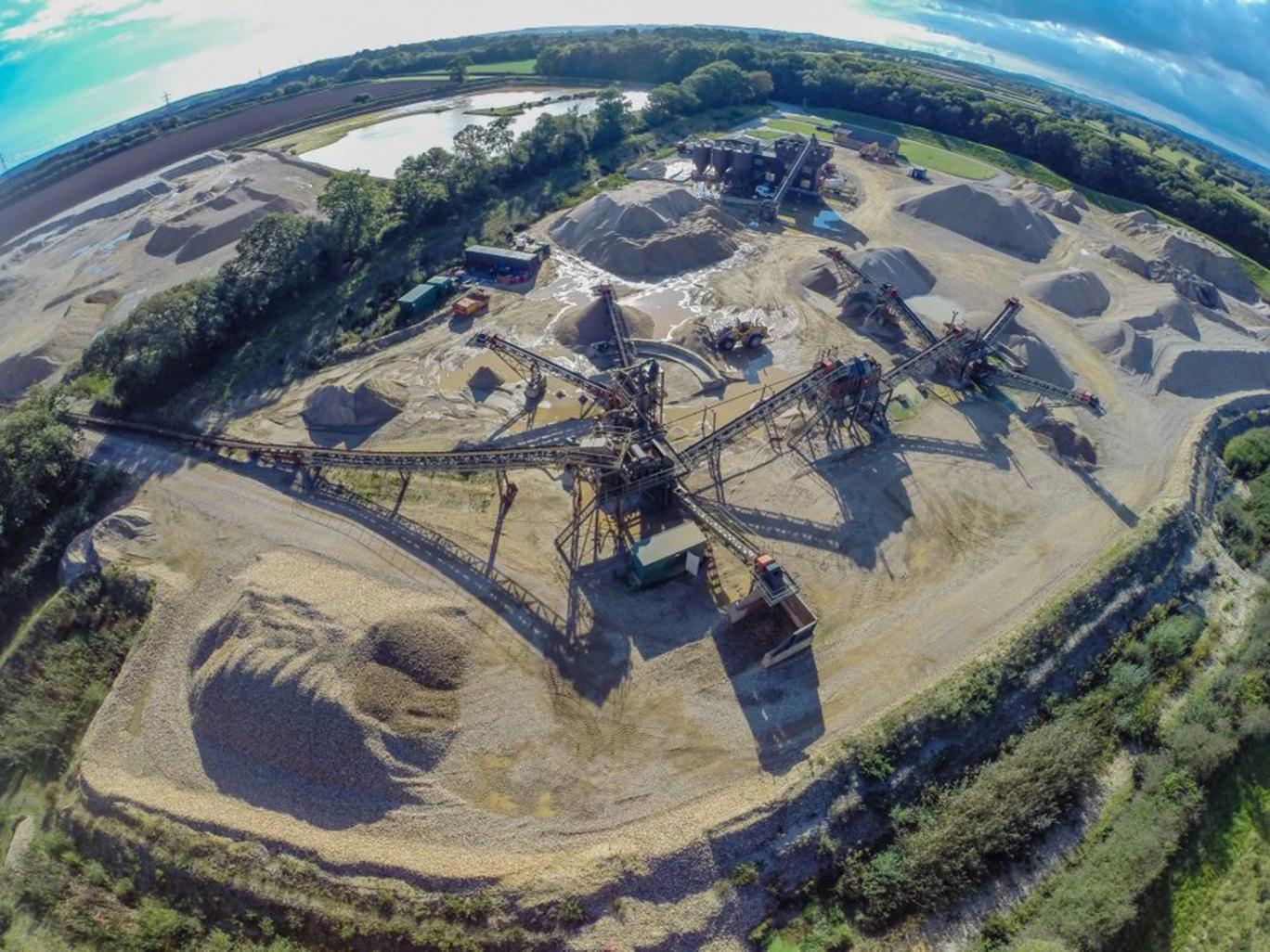 The Government’s pledge to build one million homes in England by 2020 could trigger the approval of hundreds of new quarries, as mining companies ride roughshod across cash-strapped local authorities, campaigners have warned.

While councils insist they will abide by planning rules to reduce the impact on communities of new extraction sites, activists claim many authorities are already struggling to cope with the number and complexity of applications.

The building industry’s demand for aggregate – sand and gravel – dictates the number of new pits local authorities have to establish, under rules contained in the government’s National Planning Policy Framework (NPPF). Using market data from the South-west and South-east – two of the most mineral-rich regions in the country – six million tons of aggregate would be needed to build 100,000 homes a year – the equivalent of 100 new quarries.

Opponents of primary aggregate – material extracted from new pits – claim that local authorities are rushing through the approval of new sites without carrying out proper impact assessments...

“It is a misrepresentation to suggest that we have been consulted. We have not,” he said. “And in making its case, Dorset County Council states repeatedly that it is not necessary to go into great detail about the impact at this stage.

“There is a presumption towards development now and mitigation later, and that simply isn’t good enough. They can’t just dig up the countryside without carrying out all the necessary checks because they’re under pressure from the building industry and government.”

The situation in south Dorset is set to be mirrored at sites around the country, according to a spokesman for Straitgate Action Group, an organisation set up 15 years ago to fight a proposal for a 150-acre quarry near Ottery St Mary in east Devon.

“New homes equal new quarries and inevitably, the Prime Minister’s call for more houses to be built will mean that local authorities will be put under even greater pressure to agree quarry proposals,” he said.

Government pledge to build one million homes by 2020 could lead to hundreds of new quarries, campaigners warn | The Independent

It has now been approved:
Devon Minerals Plan | Planning

With the news as reported by Sustainable Ottery:

Recent Report Regarding Quarrying at Straitgate and the Devon Minerals Plan

This is just to let you know that the Inspector has now written his report for the Devon Minerals Plan. Straitgate is to remain in the new Plan, as a 'Preferred Area'.

Separately, AI continue to work on their plans for the site, albeit slowly. They have more or less ruled out Little Straitgate as a potential point of access and are now looking at Birdcage Lane onto the Exeter Road at the junction with Toadpit Lane.

They are also considering the possibility of quarrying Straitgate on a campaign-basis, spread over ten years. If they couldn't process at Blackhill, they would apparently consider taking the material all the way to Hillhead at Uffculme, some 23 miles away.

For further information, see www.straitgateactiongroup.blogspot.co.uk. You can also read about the Minerals Plan decision on Claire's blog


Here is the latest comment from County Councillor Claire Wright for Ottery, :

A planning inspector has endorsed Straitgate Farm as a preferred area in Devon County Council’s minerals plan, despite a wealth of evidence and concerns from residents, Devon highways and the Environment Agency.

Also there is no viable option for processing to take place.

The planning inspector’s report was received this afternoon which stated that a 100 acre sand and gravel quarry at Straitgate Farm on the edge of Ottery St Mary, should be given the go ahead.

Straitgate Action Group - http://straitgateactiongroup.blogspot.co.uk/ has been campaigning vigorously against the plans for years. See their blog for details.

My objection to the allocation of Straitgate Farm as a preferred site in the Devon minerals plan is below. Unfortunately, the planning inspector appears to have ignored, not only local people and councillors, but also key consultees such as the Environment Agency which is concerned about the impact on the water table, people’s drinking water and ancient woodland.

It isn’t the end though as a planning application has not been approved, it was withdrawn earlier this year. There are still many problems and local people should continue fighting! 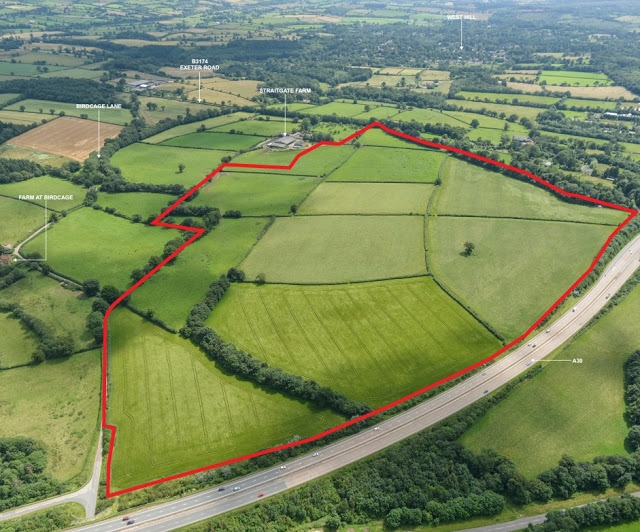 I strongly object to the Preferred Area status proposed for Straitgate. This status should be withdrawn due to the lack of any clarity whatsoever about where any material extracted from Straitgate would be processed. There has been an impasse on this issue for years so I do not see it being resolved.

I also object on the grounds of access, which is also a huge hole in the plan. The current option so far has been objected to by highways officers. The current suggestion of access via Barrack Road, is clearly dangerous and inappropriate, given that Barrack Road is a fast road and on a hill. Slow lorries pulling out to join the opposite carriageway and travelling uphill could cause serious accidents. The planning inspector was clearly concerned about this issue at the EiP.

At the Examination in Public (EIP) in May, the Inspector made it quite clear that these two issues were very much part of consideration of whether Straitgate should be included in the Devon Minerals Plan. The Inspector did not accept the DCC Minerals Officer`s argument that the issues of processing and access could be looked at after approval had been given.

Processing cannot take place at Straitgate, nor at Rockbeare Hill, a position that the planning inspector agreed with at the EiP. And of course Blackhill Quarry is subject to international nature designations and must have its operations closed by the end of this year, or risk contravening EU legislation.

Natural England has expressed significant reservations about the prospect of material from Straitgate going to Blackhill for processing.


Straitgate - Removal of 1 metre buffer zone above the water table

I strongly object to the proposed removal of the 1metre buffer zone above the water table.

If this buffer zone was removed, working at the lower level, could:.

- Pollute or restrict more than 100 people’s drinking water, which is sourced from Straitgate

- Wreck ancient woodland and important rare habitat. Cadhay Bog downhill from Straitgate is a really important example of ancient woodland that may even be wildwood, dating back to the ice age. It is a fine example of an increasingly rare habitat. It is dependent on a regular flow of water from Straitgate. Should the flow of water to Cadhay Bog become sporadic, this habitat will be destroyed. The Environment Agency has expressed serious concerns about this issue many times.

I believe that these are strong reasons for deleting Straitgate Farm from Devon County Council’s Minerals Plan and I hope the planning inspector will do so.

One wonders what the point is of consulting with local people and also agencies if they are to be ignored so comprehensively.

This decision and, for example, the imminent closure of Ottery Hospital as a real hospital, shows that the so-called public consultation process is deceitful. Increasingly, many people feel that fighting for what is best for the local community and its facilities is a waste of time as the decisions are taken before the consultation. This, in turn, leads to apathy which is then construed as acceptance. This is profoundly undemocratic and we need substantial and sustained opposition to authorities who ignore us on so many crucial issues. When local elections occur, at whatever level, please ensure that you vote for candidates who will fight for what is best for local people, not for those who blithely follow the party line.