It is clear that the impact of the proposed buildings at Knowle would be considerable:
Futures Forum: Knowle relocation project >>> a far more imposing development than assumed? >>>  Part Seven: pictures based on measurements are very different to the official artist's impression

The developer has not reduced the impact by any means:
Futures Forum: Knowle relocation project: revised plans from PegasusLife >>> "the massing and bulking of the buildings hasn’t been significantly altered"

As would the view from every angle in the Sid Valley: 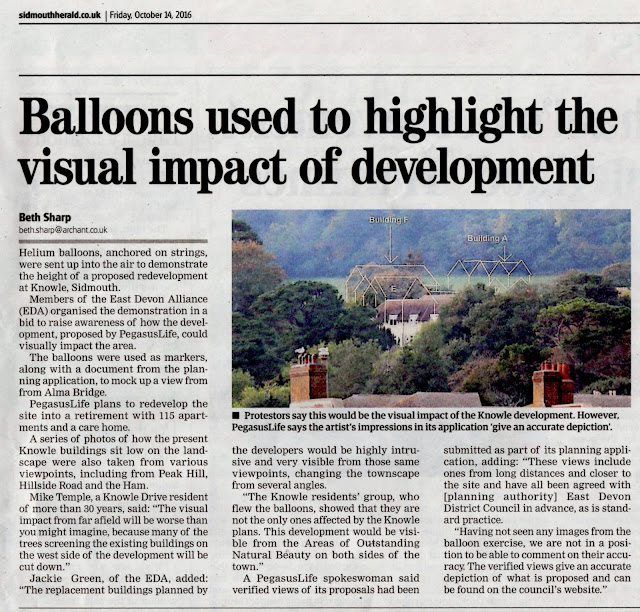 As reported in today’s Sidmouth Herald, this week’s helium-balloon test and photos taken from points like Alma Bridge revealed the impact of the PegasusLife development not only on the public park and local residents but also far afield across Sidmouth.

EDDC Ward Member for Sidmouth, Cllr Cathy Gardner (East Devon Alliance) has argued that the planned Pegasus Life development would be visible from both the areas of Outstanding Natural Beauty (AONB) flanking Sidmouth to the east and west.

And Mike Temple, a Sidmouth resident for over 30 years, emphasises that “The visual impact from far afield will be worse than you might imagine, because many of the trees screening the existing buildings on the west side of the development will be cut down.”


The following photos were taken on Monday 10 October, when a group of residents flew a (smiley) helium balloon at the height of proposed buildings on the Knowle terraces. 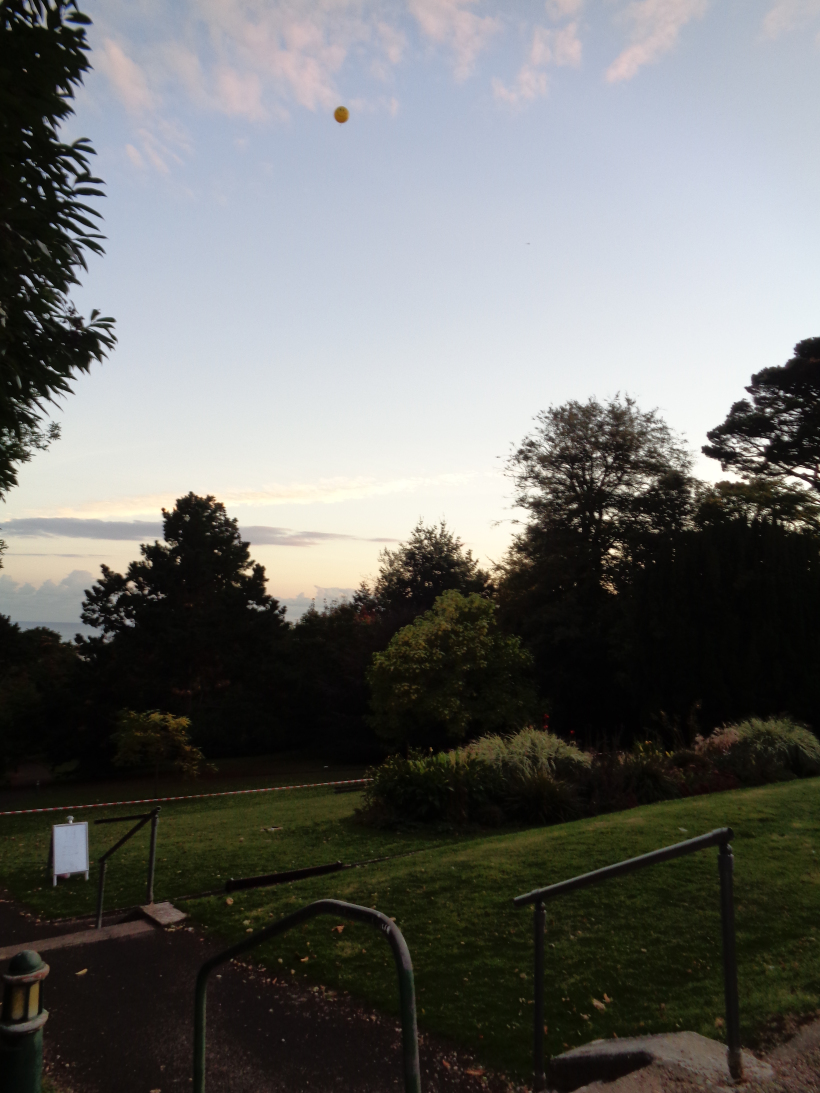 To show the planned building heights and massing in the context of the local scenery, views were also taken looking towards the site from across the valley. They illustrate how the present Knowle buildings sit low on the landscape. In contrast, the replacement buildings planned by the developers would be highly intrusive and very visible from those same viewpoints, changing the townscape from several angles. 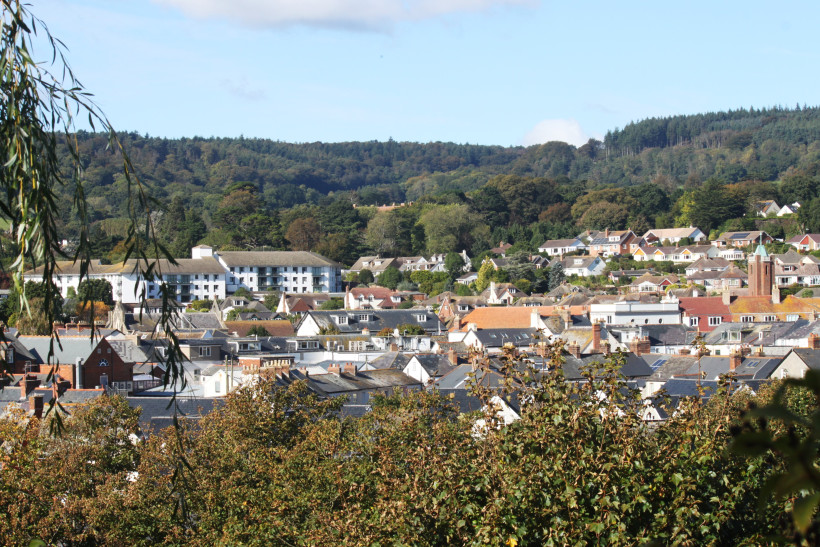 Using the balloons as markers and the streetscene document from the Pegasus Life planning application, below is an approximate view of the proposed development as seen from by Alma Bridge overlaid on the existing building. 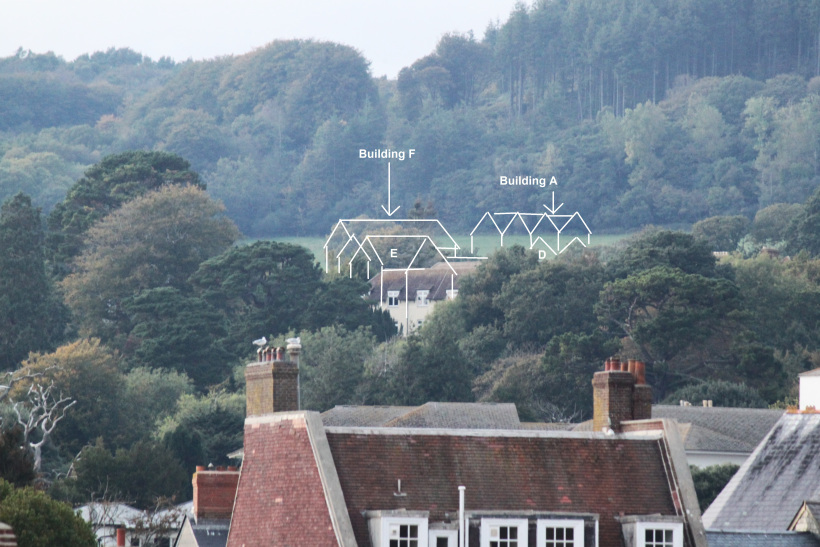 ONE THOUGHT ON “PEGASUS LIFE PLANS FOR KNOWLE..THE BIG PICTURE”

It’s worth adding that PegasusLife’s plans show no heights for the south elevation of the buildings proposed on the park lawns – the Chief Planning Officer measured with his slide rule the heights at the south elevations (i.e. on the edge of the lower lawn terraces as 18.1 metres for building E and 17.96 metres for building D (i.e. about 60 feet).

Nor are there any measurements for the breadth and length of the massive blocks – again the Chief Planning Officer measured building E, which is just over 8 metres from a listed building, at 22-6 metres wide and 34-4 metres long and building D at 22-5 metres wide and 22.6 metres to where it joins building C.

As much of what remains of the lawn terraces will be private garden for residents the park’s splendid prospect (and reason why the original cottage orné was built here) will be lost to the public.


Pegasus Life plans for Knowle..the big picture | Save Our Sidmouth
.
.
.
Posted by Jeremy Woodward at 12:00